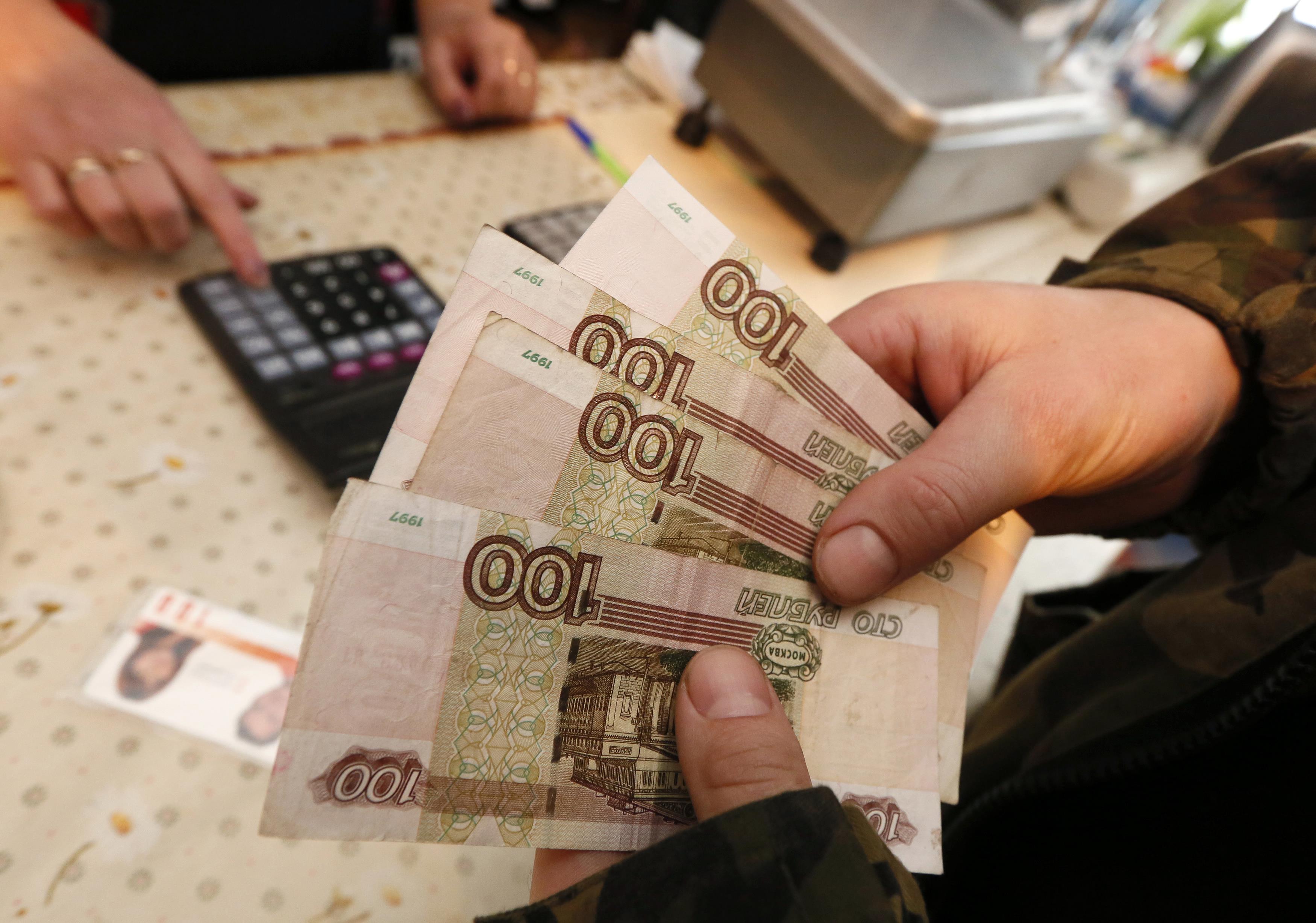 Moscow: The rouble dipped lower on Wednesday, hitting its lowest levels since 2016, as fears of increased geopolitical tensions with the West and new US sanctions against Moscow eclipsed higher oil prices.
The Russian market remains in a sell-off mode that began on Friday after the United States imposed new sanctions against Russian companies and prominent businessmen.
The rouble hit 64.77 versus the US dollar on the Moscow Exchange, its weakest level since December 1, 2016, and losing 11 per cent of its value since before sanctions were imposed.
While fundamental factors, such as the state of the Russian economy and macroeconomic policies remained unchanged, risk aversion towards Russian assets has soared in the past few days.
The market is now closely watching for an indication of how Moscow will respond to the latest US sanctions. Russia's official reaction has so far been muted.
Kremlin spokesman Dmitry Peskov said on Tuesday it was not appropriate to take hasty decisions in terms of retaliation, and stressed that the market sell off was emotionally-driven and would be followed by a correction.
In an apparent sign that the rouble's drop has caused concerns for authorities, the finance ministry did not buy any foreign currency for its reserves on Monday, central bank data showed on Wednesday.
The central bank, which carries out daily FX purchases on behalf of the finance ministry, said in an emailed comment that purchases of foreign currency had a variety of reasons, including high market volatility.
As of 0845 GMT, the rouble was 1.3 per cent weaker on the day at 63.80. Versus the euro, the rouble shed 1.4 per cent to 78.94 after quickly sliding beyond a psychological threshold of 80 to 80.15 per euro, a level last seen in March 2016.
"Macroeconomic indicators suggest the rouble is massively undervalued," Otkritie Brokerage said in a note.
The market has largely ignored a rise in prices for oil, Russia's main export. Brent crude futures rose to $71.34 on Tuesday and hovered at around $70.70 on Wednesday. The last time oil prices climbed to this level in late March, the rouble traded around 57 against the dollar.
"With the current level of oil prices, the rouble looks fundamentally undervalued: according to our model, USDRUB should be not higher than 58 now," VTB Capital analysts said in a note.
"However, more than anything else USDRUB is now being driven by flows, which might well remain relatively skewed to the bid side, if hedging persists."
The impact of the latest US sanctions against 17 senior Russian government officials, seven so-called "oligarchs" and 12 companies they own or control has spread across Russian markets.
The sanctions triggered volatility and uncertainty, prompting companies to change their plans while also providing buying opportunities.
Russian unit of Volkswagen Bank said it had postponed a planned bond issue worth 5 billion roubles ($78.34 million) due to unfavourable market conditions, Interfax reported.
At the same time, Novatek, Russia's largest independent gas producer, said it bought back 482,840 ordinary shares from the market on Tuesday. Shares in Novatek dropped to as low as 656.3 roubles on Monday, down from levels of around 770 roubles seen before the sanctions were announced.
After a steep decline in the shares of Russia's largest lender Sberbank, the bank's top managers bought shares of the lender to the amount of 45 million roubles, according to a regulatory filing.
Shares in Rusal, the world's second-biggest aluminium producer, were down 1.6 per cent on the Moscow Exchange. They have lost 34 per cent of their value since Friday when the company was put on the US sanctions list.
Stock indexes were mixed. The dollar-denominated RTS index was down 0.3 per cent to 1,088 points, while the rouble-based MOEX index was up 1.5 per cent at 2,206.6, points, boosted by the weaker rouble for the second day in a row.