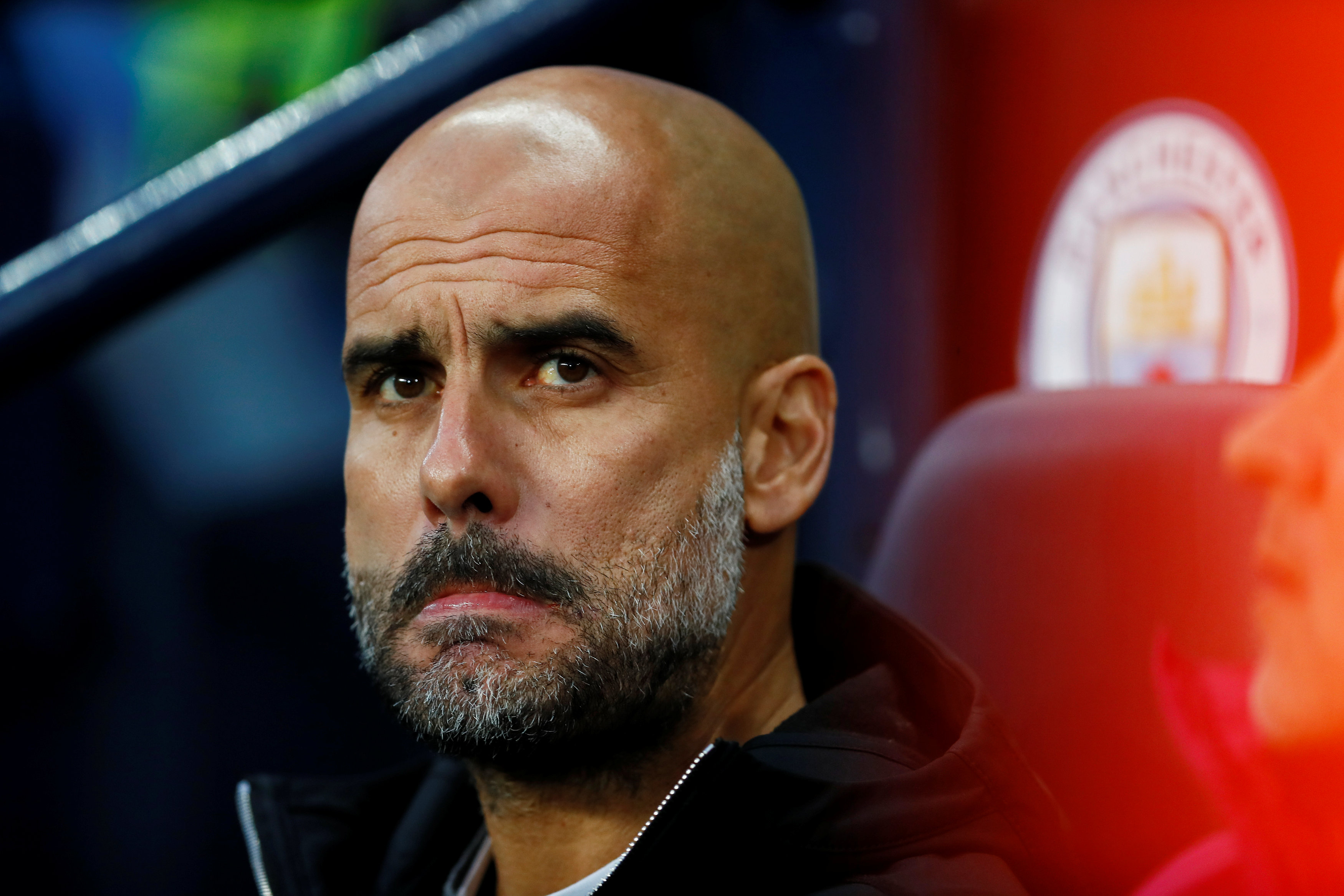 Manchester: At the end of a week in which his Manchester City team suffered three defeats at the hands of English rivals, Pep Guardiola was in the unusual position of being on the defensive after they were eliminated from the Champions League by Liverpool.
The damage to City's European ambitions had been done six days earlier at Anfield where they were beaten 3-0, but there was still an anguished look to the Spaniard after the 2-1 home loss in Tuesday's quarterfinal second leg.
Runaway Premier League leaders City have conceded eight goals in those three games and threw away a two-goal lead in the Manchester derby which they lost 3-2 to visiting United.
While they have also played some brilliant football in all those matches, there is no doubt this week has taken some of the shine off a wonderful season which, sooner or later, will result in the English league title.
"Over the course of eleven months you have ups and downs," Guardiola said after Tuesday's loss to Liverpool.
"I was today with my chairman. I saw the body language of my players. You won’t find a team who can keep the same momentum, the same rhythm, the same pace with this amount of games. It’s almost impossible," he added.
"We lost against Liverpool, against United and against Liverpool. I have to analyse what we’ve done in 10 months and I think it’s quite good."
City lead the domestic standings by 13 points with six games remaining and their season has included an 18-game unbeaten run.
"We cannot compare what we’ve done in the Premier League when we are here,” said Guardiola.
"We would have liked to win the Premier League in the last game (against United) and it was our dream to get through to the (Champions League) semi-finals. But we have to reflect and think what we can do better next season."
Europe's elite
What will surely dominate those thoughts are the fact that the Spaniard's hope of taking City into the elite of Europe, in the company of his former clubs Barcelona and Bayern Munich, remains a goal he has yet to achieve.
Guardiola fielded an attacking lineup against Liverpool on Tuesday, with just three recognised defenders, and his approach paid off with a second minute goal from Gabriel Jesus setting up a relentless first half of attacking.
But he was left fuming by the Spanish referee's decision to disallow an effort byy Leroy Sane for offside just before the break and his protests saw him sent to the stands by Antonio Mateu Lahoz. Television replays showed the ball had come off Liverpool's James Milner when it was played towards Sane.
"I didn't insult him, I was polite, I was correct. But Mateu Lahoz is a special guy, he likes to be different, he likes to be special," he said.
"I said it was a goal when the ball was passed to Leroy Sane. That’s why he sent me off. It would have been different to go in 2-0.
"It’s different when Mo Salah’s goal at Anfield is offside. It’s different when Gabriel Jesus' (disallowed) goal at Anfield is (given) offside," said Guardiola, who was quick to add that Liverpool still deserved to go through.
It was always going to require something extraordinary for City to progress but Liverpool's two strikes after the break from Salah and Roberto Firmino killed any such hope for Guardiola.
"To recover three goals is not easy. We scored one but weren’t able to score more. We were beaten by an exceptional team," he said.
"Last season it was the round of 16, this season it’s the quarter finals, hopefully next season we can go to the semifinals.”