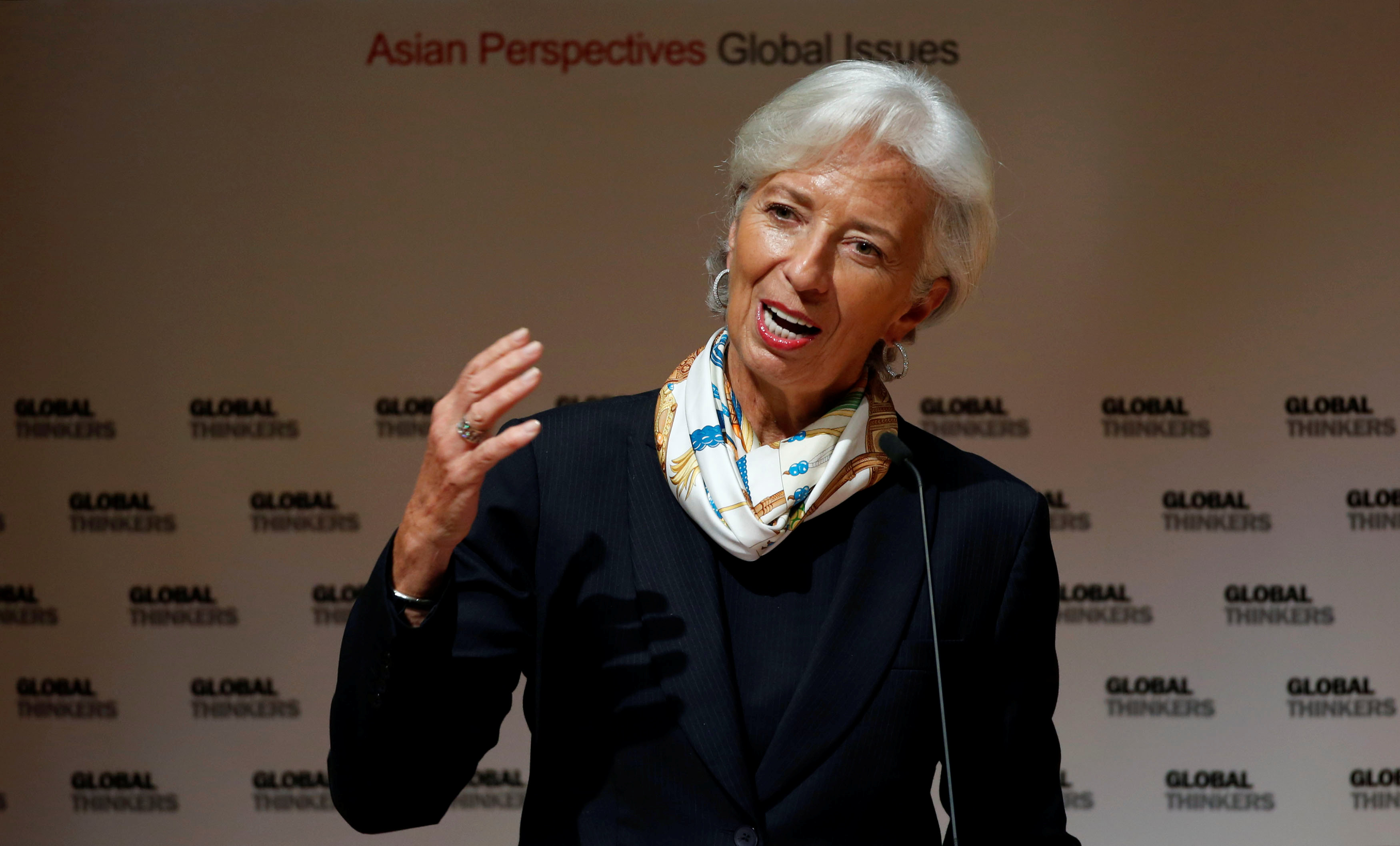 Hong Kong: The International Monetary Fund (IMF) is optimistic on the outlook for global growth but warned darker clouds are looming due to fading fiscal stimulus and rising interest rates, the fund's Managing Director, Christine Lagarde, said on Wednesday.
In a speech in Hong Kong, Lagarde said the top priorities for the global economy are to steer clear of protectionism, guard against financial risk and foster long-term growth.
The IMF chief was speaking as a trade conflict between the United States and China is creating significant uncertainty for businesses and their global supply chains.
"History shows that import restrictions hurt everyone, especially poorer consumers," Lagarde said.
"Not only do they lead to more expensive products and more limited choices, but they also prevent trade from playing its essential role in boosting productivity and spreading new technologies."
The best way to tackle global imbalances is to use fiscal tools or structural reforms, she said, adding that the World Trade Organization's rules were in danger of being "torn apart", which would be "an inexcusable, collective policy failure."
Policymakers need to commit to a level playing field and resolve disputes without using exceptional measures, she said.
"There are threats, there are counter-threats, there is an attempt to open a dialogue - we should support that dialogue attempt as much as we can," Lagarde said. "The impact of those threats is minimal on both sides. What is not minimal is the way in which confidence can be undermined."
The reality for 2018 and 2019 was that momentum would eventually slow due to fading fiscal stimulus, rising interest rates and tighter financial conditions, Lagarde said.
New analysis by the IMF showed that global debt had reached an all-time high of $164 trillion, 40 per cent higher than in 2007, with China accounting for just over half of that increase.
Lagarde said economies needed to reduce government deficits, strengthen fiscal frameworks and place public debt on a gradual downward path.
"Strengthening financial stability by increasing buffers in corporate and banking sectors is key, especially in large emerging markets such as China and India," she added.
Housing markets in major cities worldwide were increasingly moving in tandem, with Lagarde warning that could amplify any financial and macroeconomic shocks coming from any one country.
Asked about the IMF's view on the Hong Kong dollar's peg to the US dollar, Lagarde said the fund believed the pegging mechanism is consistent with the fundamentals of the financial hub's economy.
The Hong Kong dollar was pegged to the greenback in 1983. The peg has forced the former British colony to import ultra-loose monetary policy from the US in recent years, with rock bottom interest rates in Hong Kong having helped to fuel soaring real estate prices.
The IMF chief was speaking after attending the Boao Forum in China where she said that a global economic recovery was taking root.