The Girls in Green 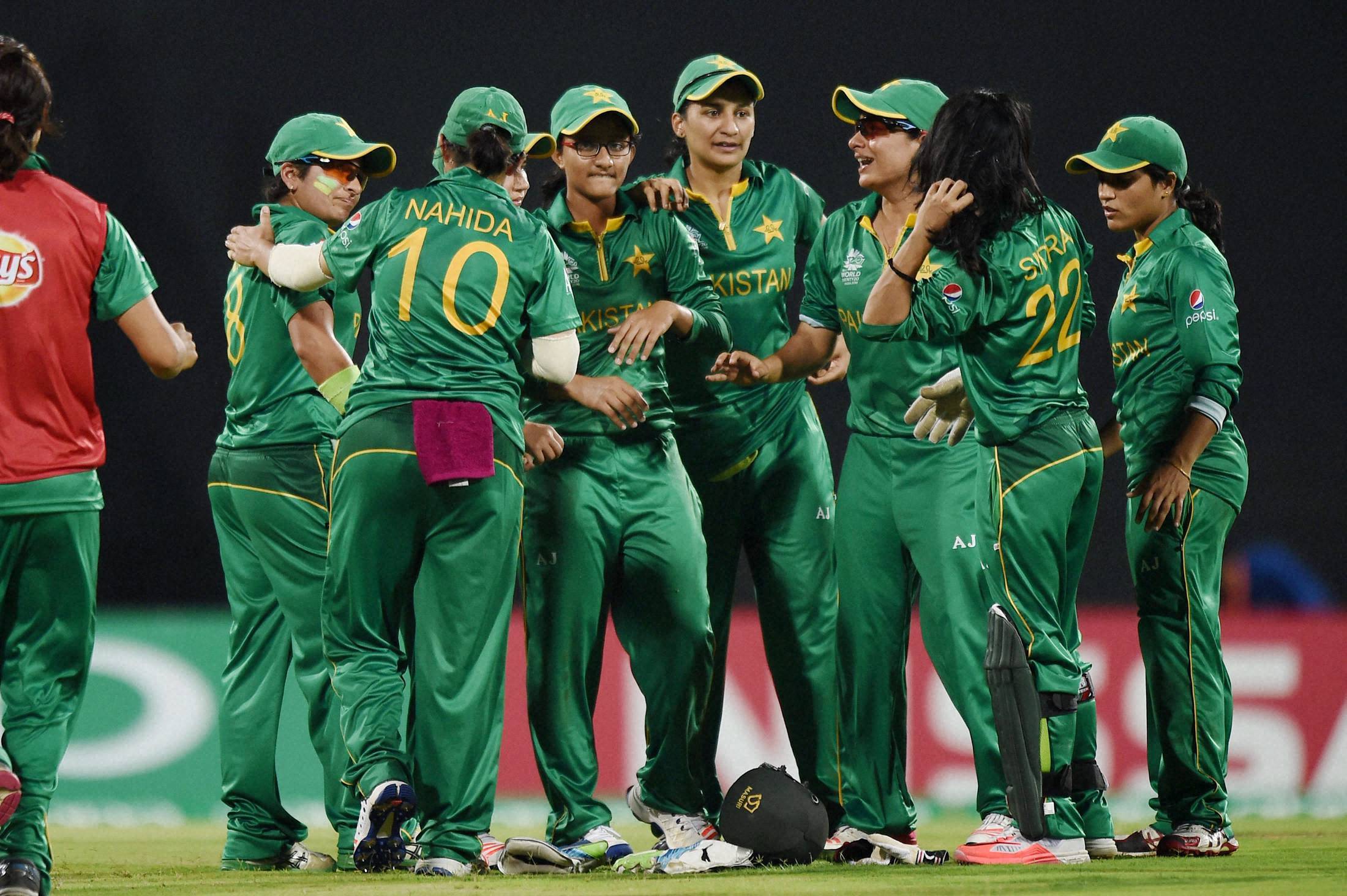 The Girls in Green have done the country proud. They carried Pakistan’s banner and will now return home with the particular honour of having defeated arch-rival, India. Their win against India was followed by jubilance, mostly in the media. There were talk shows, videos, hashtags, coloured filters and status updates dedicated to our Girls in Green. But for some, the performance of the Pakistan women’s cricket team was relevant merely for the exercise of comparison with the dismal play by our boys. What better insult to hurl at the macho men of our National Cricket Team than “even the girls did better than you”. Others remained unaffected by the girls’ performance, for real cricket, at the end of the day, is played by men.
Women in sports are not taken seriously. They lack the profile, the following and institutional support that is enjoyed by the men in their profession. Sports have, traditionally, remained a domain reserved for men. It is here that they find camaraderie, demonstrate strength, and exercise skill and leadership. Women, on the other hand, are to find recreational pleasure and develop social networks over the subject of food, wear, children or the weather.
Yet many women world over are challenging the lack of equal access to recreation and sport. They have overcome cultural stereotypes, family pressure and opposition to, oftentimes, set national records and win international acclaim. Pakistan, too, can lay claim to a number of such trailblazers. Samina Baig, the mountaineer who, since her climb up Everest has summited seven of the highest peaks in the world; Maria Toorpakai, who fought her way through the conservative society of South Waziristan to become the number-one women’s squash player in Pakistan; Sana Mir, who led the women’s cricket team to triumph in the 2014 Asian Games; Naseem Hameed, who won herself the title of the fastest woman in South Asia.
Women’s involvement and success in the traditionally male dominated sphere of competitive sport is critical in challenging notions of gendered spaces and roles. Many women of my generation were (and many still are) actively forbidden from partaking in any public sport for it was not the ‘proper’ thing to do. Others grew up sitting on the benches through the weekly ‘games period’ at school, with little done to rectify the level of disinterest. Things could be different now. The achievements and recognition of Pakistani sportswomen can both inspire young girls to take serious interest in sport and silence dissidents who may discourage or question their participation.
The denial to women of their right to engage in sports, in effect, amounts to a denial to live a healthy, meaningful and productive life. Studies on gender and sports reveal the benefit to women of engagement in sports: better mental and physical health; improved self-esteem, body image and sense of physical competence; the development of social networks and connections that foster greater social integration; opportunities for income generation; and the development of leadership skills. International human rights frameworks treat the practice of physical education and sport as a fundamental right for all persons (UNESCO International Charter of Physical Education and Sport 1978). Article 10 of CEDAW 1979 mandates the equitable access of women to sports. The Convention on the Rights of the Child 1989 provides that the education of all children, regardless of gender, shall be directed to the development of their physical abilities to their fullest potential. On what basis can women then be denied the right to enjoy the potential benefits of physical education and sports?
Despite the achievements of Pakistani women in the arena of sport, much is still to be desired. The National Sports Policy only makes a fleeting reference to and direction regarding the organisation of tournaments for women and the setting of women sports federations. It is important that the government integrate gender equity into its sports policy and make a firm commitment to ensuring women equal access to and support for sporting activities. Only then will we reach a point where we truly value women’s sport for itself and when the request by a girl for inclusion in a casual game of cricket with the boys of the house will no longer be only begrudgingly accepted, something that I experienced in my childhood. - Express Tribune