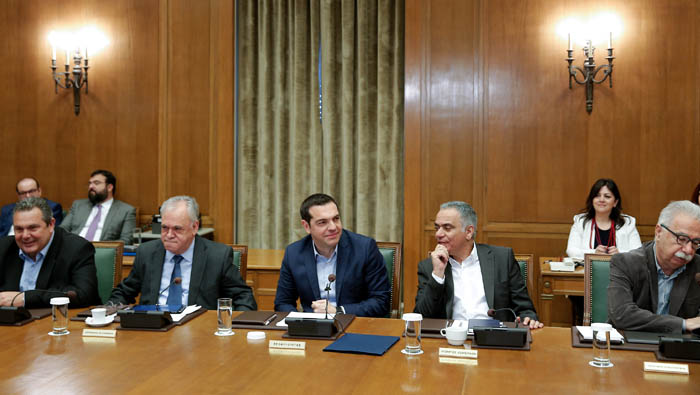 Athens: Greek Prime Minister Alexis Tsipras urged Turkey on Tuesday to release two Greek soldiers detained on Turkish territory in March and accused Ankara of escalating tensions.
Greece maintains the soldiers crossed into Turkey by mistake while following the trail of suspected illegal migrants.
Turkish courts have ordered their detention on suspicion of illegal entry and attempted military espionage.
Ankara should, as a gesture of good will, release two Greek soldiers who were detained after crossing the border into Turkey on March 1, Tsipras told a meeting of his cabinet.
"Of late (Turkey) has intensified its provocations and is escalating the situation on all fronts," Tsipras said.
"It is unfair that they are being held. Just as we, in the past, returned Turkish soldiers who may have crossed the Greek border by a few metres, I expect the Turkish president to today do the same," Tsipras said.
Neighbours and NATO allies Greece and Turkey are at odds over a host of issues from ethically-split Cyprus to rights in the Aegean Sea.
In past decades relations between the two have at times been tense but in recent months rhetoric on both sides has taken a marked turn for the worse, particularly after the collapse of peace talks in Cyprus in July 2017.
"The judicial process should be expedited to allow these two officers, who did nothing more than their duty, to come home," Tsipras said.