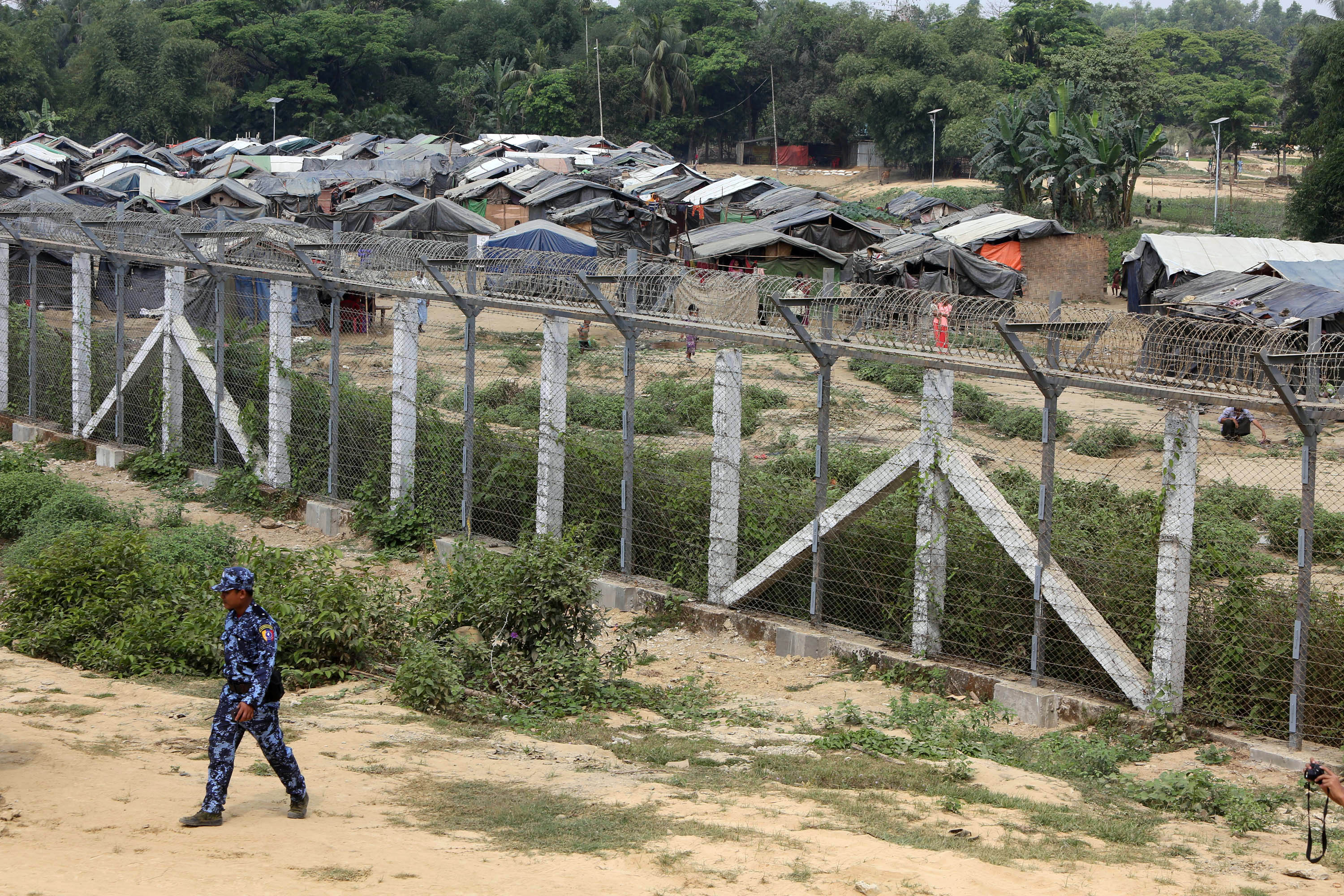 Singapore: Myanmar's panel of international advisers on Rohingya issues said on Tuesday that the coming monsoon season could bring "enormous deaths" as refugee camps in neighbouring Bangladesh are not built to withstand the storms.
Rights groups say some 700,000 mostly Muslim Rohingya have fled violence and crossed the border from Myanmar's Rakhine state since August and most live in flimsy, bamboo-and-plastic structures perched on what were once forested hills at Cox's Bazaar.
"We are at this time in a race against time. For us, the monsoons are coming. The camps of almost one million people are not built to withstand monsoon," Kobsak Chutikul, the head of the secretariat of the board, said at a press conference in Singapore.
"There will be enormous deaths if all parties do not move to some understanding on repatriation, on aid."
Because a repatriation deal between the neighbouring countries has been delayed, Bangladesh is racing to prepare new homes on a nearby island, called Bhasan Char, before the monsoons that could arrive later this month.
The Advisory Board for the Committee for Implementation of the Recommendations on Rakhine State was set up by Myanmar last year to advise on ways of adopting the findings of an earlier commission headed by former UN Secretary-General Kofi Annan.
Computer modelling by the United Nations refugee agency (UNHCR) shows that more than 100,000 refugees will be threatened by landslides and floods in the coming monsoons. The rains typically begin in April and peak in July, according to the Bangladesh Meteorological Department.
Chutikul's comments came as Malaysia intercepted a boat 56 Rohingya refugees from Myanmar off its northern island of Langkawi after a storm.
Malaysia will allow them to enter on humanitarian grounds, with rights groups expecting further such perilous journeys by sea.
The Rohingya fled their homes in Rakhine into Bangladesh after militant attacks in August last year sparked a military crackdown that the United Nations and Western countries have said constitutes ethnic cleansing.
Buddhist-majority Myanmar rejects that charge, saying its forces have been waging a legitimate campaign against "terrorists" who attacked government forces.