Mehbooba may be sworn-in on April four 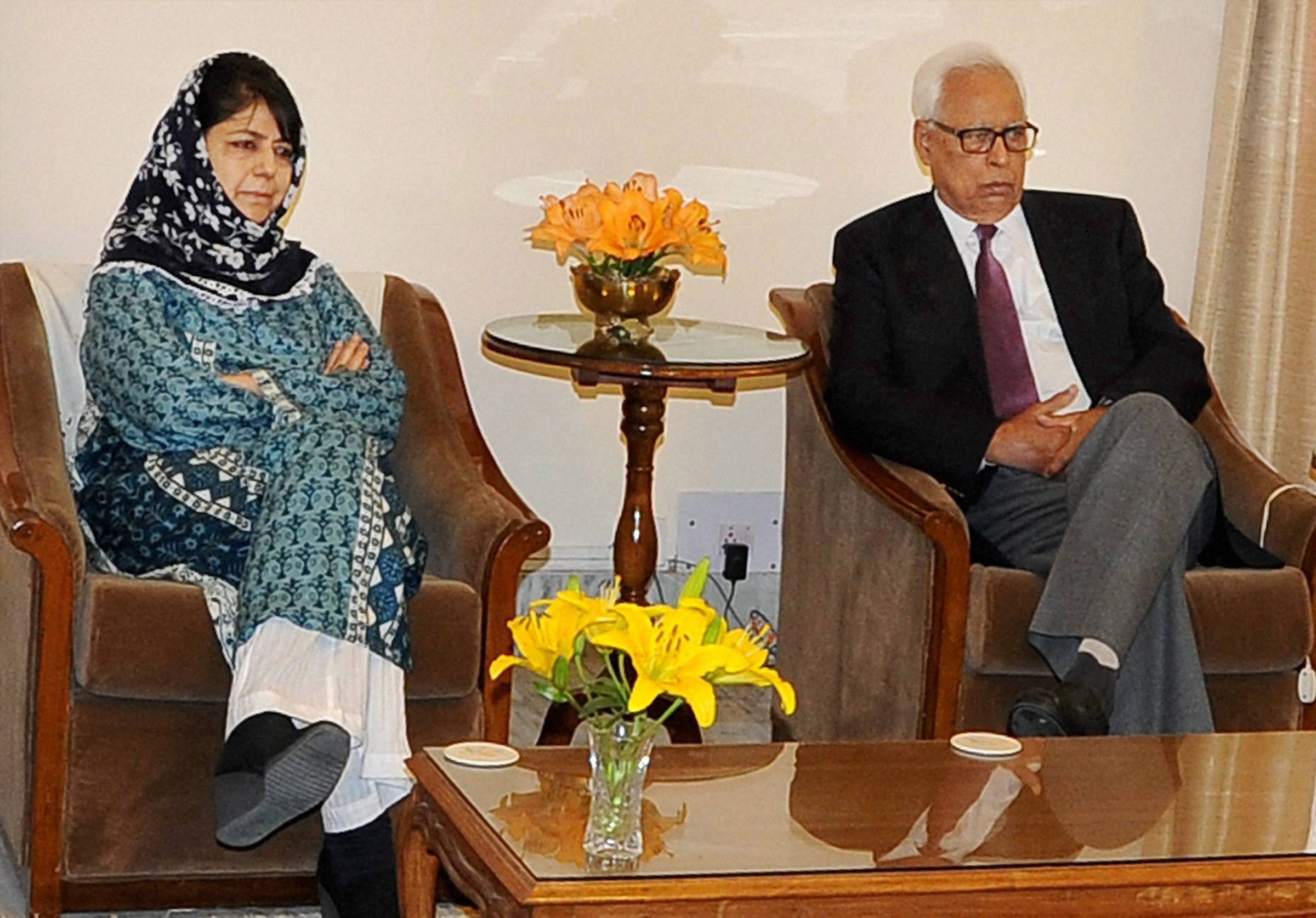 Jammu: Peoples Democratic Party leader Mehbooba Mufti, set to be the first woman chief minister of Indian-administered-Kashmir, is likely to be sworn-in on April four.
PDP sources said the swearing-in is likely to take place on April four once the availability of some senior leaders from Delhi was confirmed.
Mehbooba, who will also have the distinction of being the first Muslim woman chief minister of the country, had met Governor N. N.Vohra on Saturday last and staked claim to form the government with the support of 25 MLAs of the BJP.
PDP has 27 MLAs in the 87-member Jammu and Kashmir Assembly.
That the alliance government would not take office before March 31 became clear when the State Administrative Council headed by Vohra met here on Monday and approved a Vote on Account for a period of three months.
Fifty-six-year-old Mehbooba has made it clear that focus of her government would be peace, reconciliation and development of the state.
On Saturday, Mehbooba had denied there were any differences on the issue of allocation of portfolios between PDP and BJP, saying "What differences would we have on portfolios? It is a coalition government, we are not separate entities."
Prime Minister Narendra Modi, who is leaving for a three-nation tour on Tuesday, will be back on April 3. It is unlikely that he would attend the function because of his prior engagements, the sources said.
While Mehbooba was unanimously elected as the PDP's legislature party leader and nominated as the party's CM candidate, 25 MLAs of BJP met in the state's winter capital and elected Nirmal Singh as their leader.
Singh will be the deputy chief minister in the new government, a post he had held in the Mufti Mohammed Syeed's dispensation.
PDP and BJP had formed an alliance on March one last year with Sayeed as the chief minister.
The two had prepared an Agenda of Alliance, a broad framework for the coalition under which it would function.
The state is still under Governor's rule, which was imposed on January 8 following the demise of Mufti Mohammed Sayeed after Mehbooba decided against taking over the reins immediately.