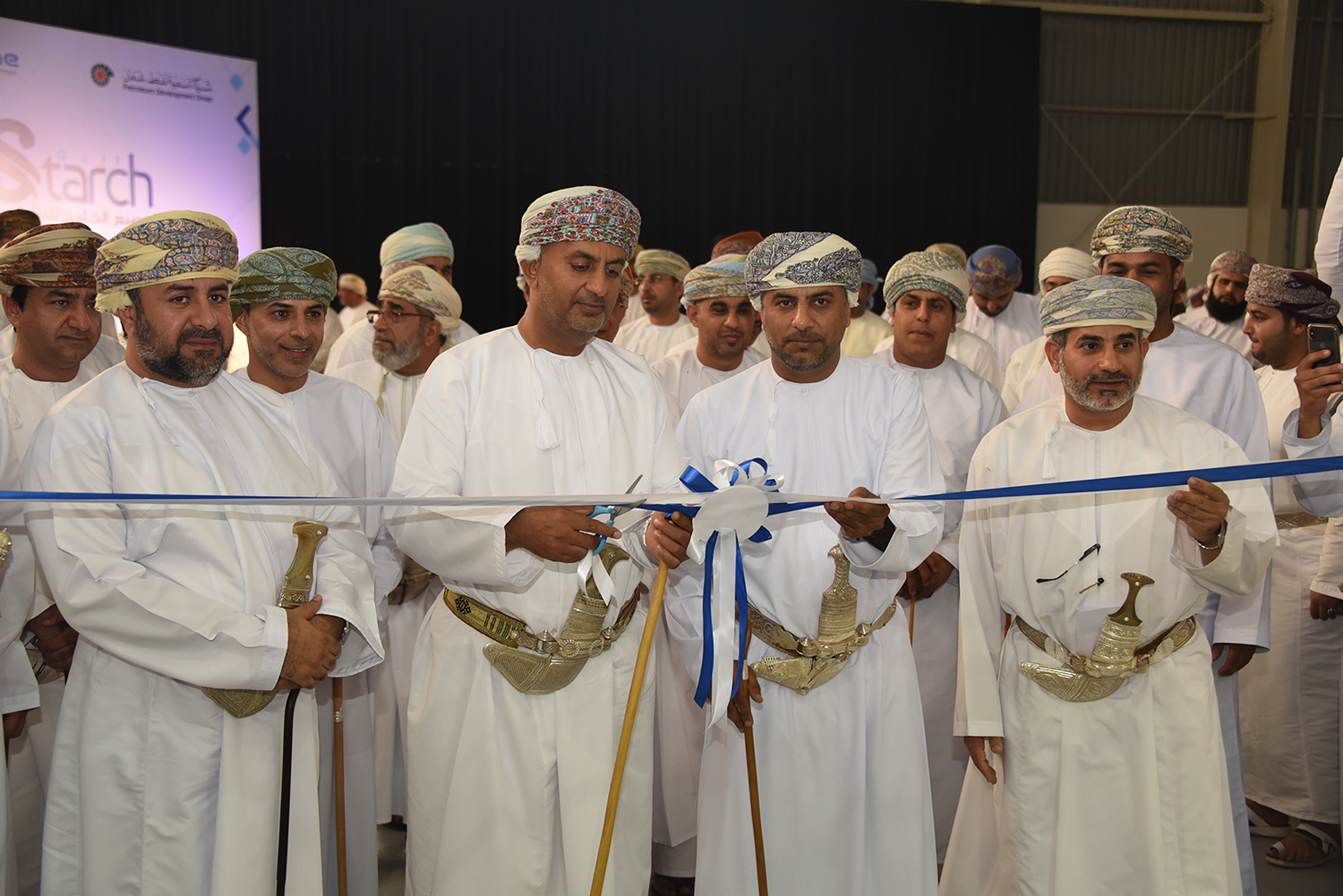 Muscat: A new Omani-owned factory producing a vital chemical for Petroleum Development Oman’s drilling operations has been officially opened by Ali bin Masoud Al Sunaidi, Minister for Commerce and Industry.
The Gulf Starch Plant on the Sohar Industrial Estate, which also has a quality-controlled on-site laboratory, is being operated by Local Line and has been designed using the latest technology.
The $13.5 million facility is the first and only Omani manufacturer of drilling starch, which is used as a fluid-loss control additive in the majority of water-based mud used in PDO’s drilling operations.
It currently employs 20 Omani production technicians who graduated from PDO’s National Objectives programme which was set up in 2011 to provide job and vocational training opportunities to local jobseekers. A further 20 are also expected to join and the long-term plan is to be eventually 100 per cent Omanised.
The fully automated complex can manufacture 10,000 tonnes of starch a year and has the potential to service all operating and drilling companies in Oman and the region.
The factory was the result of a joint partnership between PDO’s Production Chemistry department and Local Line, a 100 per cent Omani-owned and managed company, after the award of a 10-year $38.5 million contract to supply normal and high temperature drilling starch in August 2013.
PDO Infrastructure Director Badar Al Kharusi said: “We are committed to building up a robust and reliable Omani supply chain for our operations, as this reduces costs and delivery times while also contributing to the creation of sustainable employment for nationals.”
“We have worked hard with Local Line to get this facility up and running and it is now safely and efficiently supplying our drilling teams. The factory is a concrete example of In-Country Value in action as it shows Omani businesses and workers can professionally service the oil and gas industry,” he added.
Local Line Chief Executive Officer Khalid Al Salhi said: “The Gulf Starch Plant is a proud milestone achievement for our company and Oman, and PDO, with its commitment to ICV, has been the main driver in the realisation of this project.”
“This is just the start in a series of manufacturing initiatives executed by our company and the group with a second production chemicals factory due to open in Rusayl in the near future,” he added.