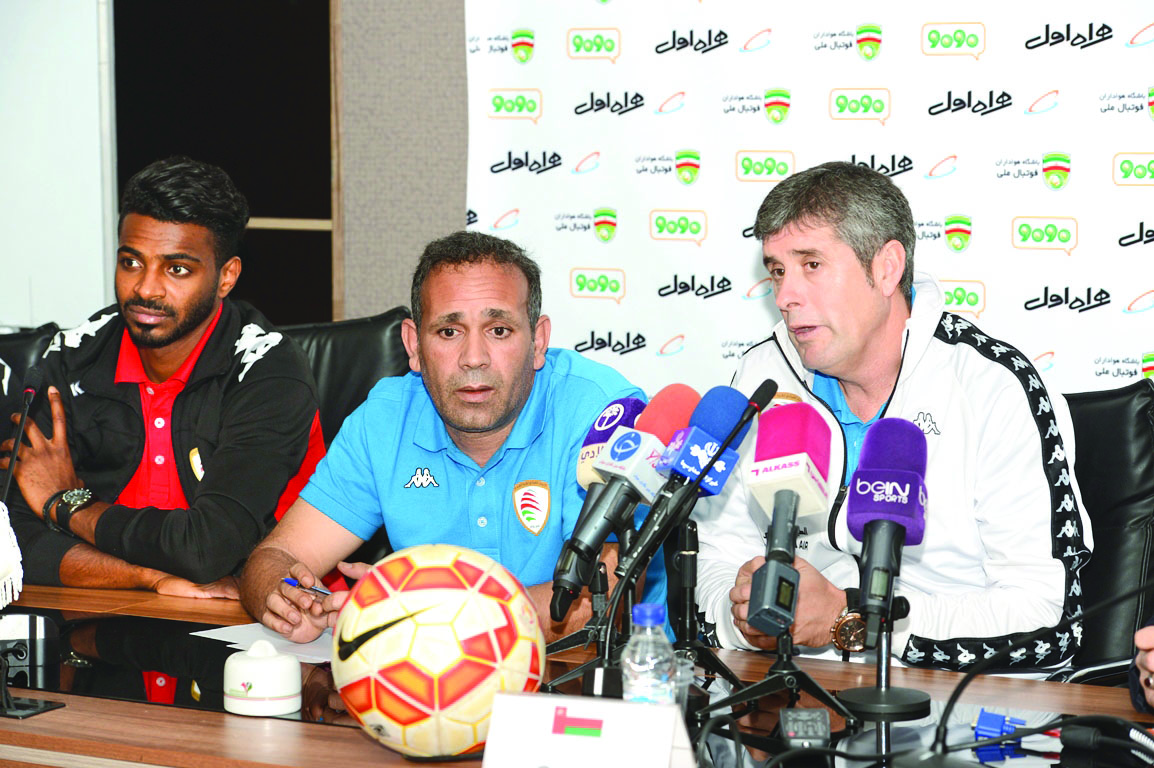 Muscat: With one victory under his belt as Oman coach, Juan Ramon Lopez Caro is hoping for an error-free game from his wards as the Sultanate squad tackle Iran in a make or break joint World Cup/Asian Cup qualifier in Tehran on Tuesday.
The final Group D match, scheduled to be played at Azadi Stadium, will kick off at 6.30 pm Oman time.
Iran are currently on top of five-team group with 17 points while Oman are second on 14 points. The hosts, thanks to their superior goal average of 26 against the visitors’ six, will advance to the next round of 2018 World Cup qualifiers even if they lose to Oman on Tuesday.
With eight group toppers and four best runners-up assured of berths in the next round of World Cup qualifiers and the finals of 2019 Asian Cup, Oman need an outright victory to ensure their berth.
Lopez Caro’s reign as Oman coach began with a narrow 1-0 home victory against Guam on Thursday and the Spaniard, speaking in Tehran during the match-eve press conference on Monday, declared his boys readiness to take on Iran.
According to information received here, Lopez Caro expressed the hope that the players fulfil their roles and perform to their full potential.
“It’s a very important match. Each player has to play their roles to perfection and avoid the mistakes as we are facing a very strong team,” he said.
Ready to fight
While congratulating Iran team for booking their berth in the next round, Lopez Caro said: “The match is very vital for us. We are well prepared and we know Iran is the best team in Group D but we will do our best to win the match.”
“We’ve analysed Iran well and are ready to beat Iran,” Lopez Caro was quoted as saying by the Iranian media.
Meanwhile, experienced midfielder Ahmed Mubarak ‘Kanu’ said the team is ready for the battle.
Ahmed Mubarak, who scored Oman’s lone goal against Guam last week, said: “All the players are ready to fight for full points. It’s going to be very strong and tough match.”
Iran coach Carlos Queiroz, on the other hand, described Oman as a good team but said his players are ready to win the match.
“Oman has quality players and they will play for their pride against us. But our players are very motivated to defeat Oman. We are hungry for victory,” Queiroz said.
“Oman is a good team but we also are the best Asian team. We are going to win the match and also to fight until the end of the match. We want to prepare ourselves for the next stage,” the Portuguese added.