No need to worry over fall in expat numbers in Oman, says Indian envoy 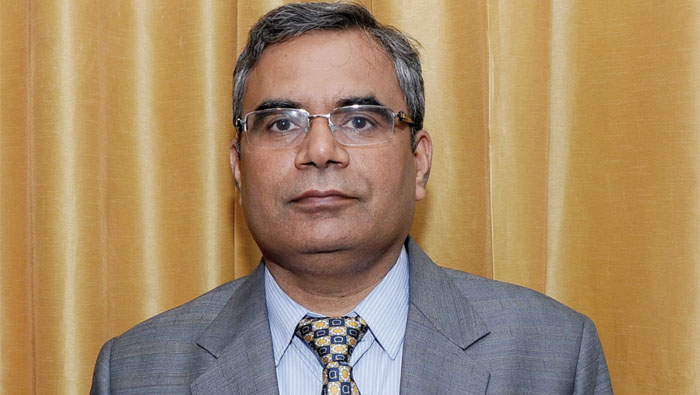 Muscat: Oman is not facing a mass exodus, according to India’s envoy to Oman.
“I am not aware of a mass exodus. There have been a few instances of people being asked to leave their jobs. And there have been some instances of people who have been interviewed for some jobs but have then been told they would not be able to get a visa,” India’s Ambassador to Oman Indra Mani Pandey said.
He also said: “But we respect the decision of the government of Oman because it is in the interest of the people of Oman.”
His comments came after a six-month ban on hiring expat workers in 87 job roles was imposed by the Ministry of Manpower (MoM) from the last week of January. The hiring freeze came into effect, following the issuance of ministerial decree 2018/38, which was issued by the Minister of Manpower Abdullah bin Nasser Al Bakri.
Sectors affected by the ban include IT, media, air traffic, engineering, accounting and finance, technicians, insurance, marketing and sales, administration and HR.
After seeing their numbers rise for over a decade, the growth of the population of expatriates in Oman is showing a downward trend.
According to data from National Centre for Statistical Information (NCSI), the population of expats fell by nearly 27,000 in 10 months.
The population of expatriates in the Sultanate had been 2,121,763 in May 2017. Today, the figure stands at 2,094,783.
E-migrate
The Indian Ambassador also urged all the Indians who are looking for job opportunities in Oman to come through the e-migrate system.
“The e-migrate system was just introduced three years ago. It was to ensure that all the Indians that travel abroad for work opportunities are secure, their jobs are secure, they are aware of the jobs they will have, and they should have legal contracts. And e-migrate tries to ensure this by assembling the requirements of those who want workers from India and matching that with Indians who are seeking job opportunities,” he said.
“It now also involves training Indians in some of the skills they will need before going abroad. It can be accessed online. The registration process is online, where documents can be submitted and then brought to the embassy for attestation,” Pandey added.
“It has been very successful because we have been able to register thousands of Omani employers who now recruit people through the e-migrate system. Absolutely, I would urge all the Indians who are looking for job opportunities in Oman to come through the e-migrate system,” he said.
Housemaids
Regarding housemaids, he said: “There are some 22,000 Indian housemaids working in Oman because the people of Oman prefer Indian housemaids. They have been coming through the legal system, while we at the Indian embassy issue a no-objection certificate to ensure that not only are they coming for the right kind of job, but their rights are also protected.”
He added, “But there has been some recruitment of housemaids that is not through the system that we want people to come through. There are instances of housemaids being brought through Oman via Dubai, which is a violation of our visa system and it puts them in a situation where they are not able to defend their rights and we are not able to help them.”
“There is no black market where people are bought and sold as such. There are cases where recruitment agencies promise people that if their housemaid is not working well, she can come back and they can replace her with another one and they will look for another employer for that particular housemaid. Sometimes, that process will expose housemaids to exploitation because they’re vulnerable to exploitation,” he said.
Aadhaar Card
He also clarified there is no need for an Aadhaar Card. “Non-resident Indians are not entitled to have an Aadhaar card, so, whenever any Indian government organisation or public sector organisation asks for an Aadhaar card, I would request our non-resident Indians to inform them, particularly their banks, that they are non-residents and not entitled to have an Aadhaar card. Once they inform the Indian organisations concerned, they will respect the status of our non-resident Indians. So, there will be no need for Aadhaar Cards.”
He also clarified: “Once you inform banks that you are a non-resident Indian, they don’t insist on linking your account with an Aadhaar card.
“Passports, particularly the pages that indicate you have stayed out of India during that year for more than 182 days, qualify you to be a non-resident Indian,” he summed up.