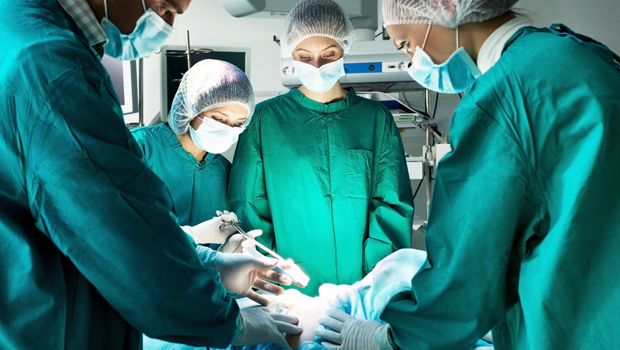 Muscat: Omanis desperate for kidney transplants are travelling abroad to buy black market organs and undergo illegal surgeries say doctors, who warn they are putting their lives at risk.
Get your essential daily briefing delivered direct to your email inbox with our e-newsletter
A shortage of donors and months of waiting for surgery in the Sultanate forces Omani patients to spend a minimum of OMR20,000 to buy a kidney overseas, say medics, despite it being illegal across the globe.
Oman is one of the six major organ importers in the world, according to the World Health Organisation (WHO), with Pakistan topping the list of countries exporting organs to the Sultanate in 2003, followed by Iran and India.
Recently, few cases have been reported in Egypt too.
"Omani patients are being exploited by corrupted dealers who defy laws in countries like Pakistan and China," Dr Sadiq Abdul Baqi, senior consultant nephrologist at the Royal Hospital, told Times of Oman.
Stay ahead of the rest and download our free WhatsNews app for Apple, Android or Blackberry
According to Abdul Baqi, renowned surgeons refuse to be involved in black market surgeries, so it is done by inexperienced "surgeons" in old houses, basements, and even at farms.
"They commit many mistakes which can lead to the death of a patient," he revealed.
"I have seen many disasters," Abdul Baqi disclosed, like, "patients with surgical complications like leaking, very bad infections due to poor hygienic measures by the surgeon, kidneys turning black due to lack of blood supply, while many patients have died."
He added that the implanted kidneys do not last long initially because they have not been taken from relatives.
In some cases, dealers cashing from the donors as well as recipients, trick their patients and undergo fake surgeries without actually implanting any organ, according to Dr Badria Al Ghaithi, senior consultant at pediatric nephrology of the Royal Hospital.
Desperate efforts by Omanis to get a kidney, from shelling out hefty sums of money to traveling through untrusted agents, can all go in vain in this gruesome underground trade, which is thriving, mainly driven by the rise of diabetics in the world.
"We have seen kidneys transplanted in wrong places, surgical gauzes left in the bodies, surgical scars made, and no kidneys transplanted," Abdul Baqi said while explaining that even the medications given post-transplant are not proper. "Their doses are wrong and no proper discharge papers are given to the patient so we even don't know what happened during surgery," he added.
Despite the fact that a law banning harvesting organs from inmates was passed years ago, some countries still pull body parts from death-row prisoners, and selling them for roughly OMR40,000, according to an official at the Royal Hospital.
Abdul Baqi told the Times of Oman that illegal transplants have many drawbacks. "Besides the fact that organ trafficking is an unacceptable practice religiously, ethically and medically, those who sell their body parts do it because they are frustrated, either financially or socially," he said while adding that many of them are drug addicts or alcoholic who are desperate for money.
Around 25 children are currently on dialysis and on the kidney transplant waiting list in Oman, according to Al Ghaithi, while many others have chronic kidney disease and will progress to end stage kidney disease in the future.
"Some poor children survive on dialysis for years. Dialysis is not a solution, it should be a temporary bridge till the time of transplantation," Al Ghaithi said, stressing that many children develop too many complications during dialysis.
In Oman, a child with end stage kidney disease has to be more than a year old and should weigh more than 10 kilograms to undergo transplant surgery.
Al Ghaithi stated that most common causes of kidney diseases among children in Oman are congenital anomalies of the kidney and urinary tract, inherited diseases and some autoimmune diseases.
Apart from children, many adult patients are waiting to be transplanted.
"Approximately, one per cent of the Omani population have end stage kidney disease, which means that they need transplant," Abdul Baqi confirmed.
There are currently 15,000 patients in need of dialysis in Oman, Oman TV has recently reported. In the news bulletin which was aired last Sunday, Dr. Ahmed Al Saidi, minister of health, said that there is increasing demand for organs in Oman against shortage of donors. Times of Oman requested comment from the Ministry of Health on this issue prior to publication.