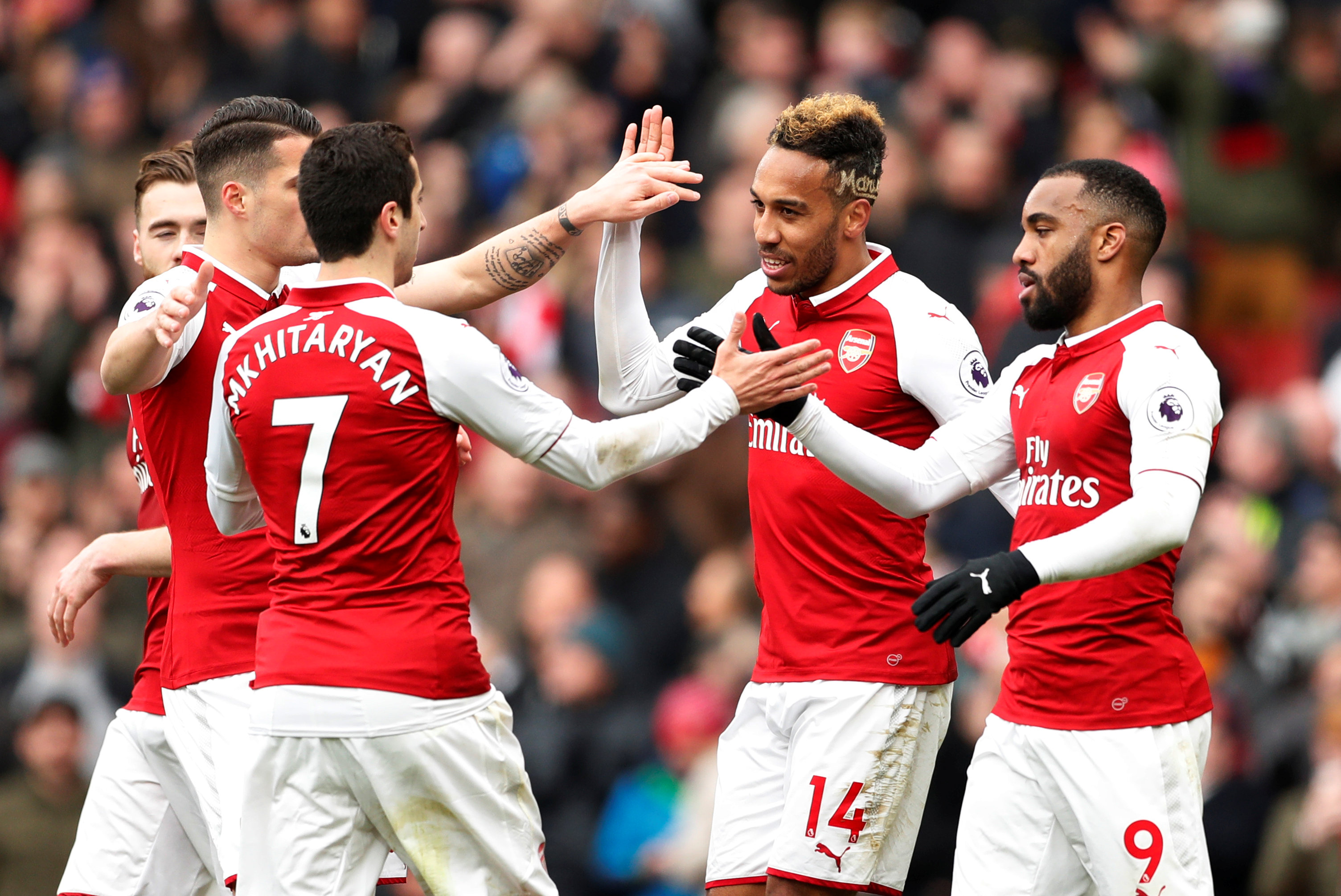 London: Arsenal dealt Stoke City's Premier League survival hopes a cruel blow on Sunday at the Emirates with three late goals in a 3-0 victory that left the visitors second from bottom with six games left to play.
After a dreary hour and a quarter of play punctuated by occasional booing from the home crowd, Mesut Ozil won a penalty when he raced into the box only to be brought down by Stoke's Bruno Martins Indi.
Pierre-Emerick Aubameyang scored from the spot and then struck again from close range 12 minutes later, before Alexandre Lacazette converted another penalty, having been brought crashing to the ground by Badou Ndiaye.
It was the Gunner's first back-to-back win in the top flight since November, but until the late goalfest it often made for painful viewing, as Arsenal manager Arsene Wenger said at a news conference afterwards.
"We didn't play well in the first half at all. In the second half we rectified that. That's the difference basically of the attitude of the team - that explains nil-nil at halftime and three-nil at full time," Wenger told reporters.
"In the second half our pace was much better."
The home side also made numerous changes to the lineup from their previous fixture, most likely with their Thursday night Europa League quarter-final first leg at home to CSKA Moscow in mind.
But their communication and passing suffered as a result, as they gave the ball away repeatedly in the first half.
That let Stoke push them back deep into their own half, and Swiss striker Xherdan Shaqiri gave the Gunners a scare in the fourth minute when he collected the ball outside the area on the right, only to curl his shot inches outside the far post.
Stoke, who had been looking for their first victory at Arsenal since 1981 and their first double over the Gunners since 1975-76 season, are now without a win in their last eight games.
Their manager, Paul Lambert, said he was unhappy about the first penalty decision in particular, saying it changed the game and helped lead to a lopsided final score.
"In the big moments in the big games, I think you've got to be 100 percent right to call them (penalties), especially with the magnitude of the game. It was a game changer," he said.
The loss leaves his Stoke side 19th in the league with 27 points, while Arsenal stay sixth with 51 points, 10 points off the Champions League qualification places.