No major mistake in policy, governance: Jaitley on NDA government 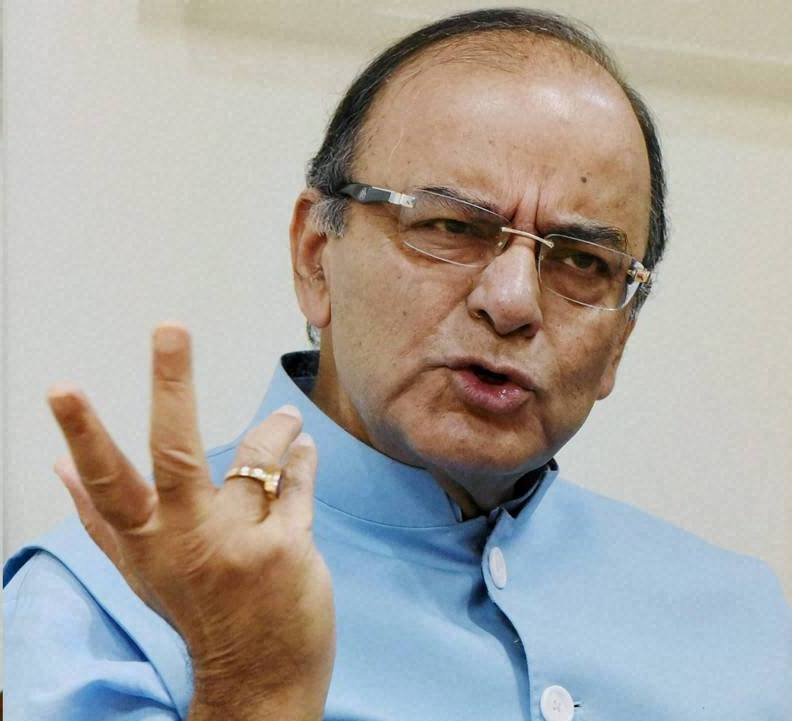 New Delhi: The BJP-led National Democratic Alliance government has not made any major mistake in terms of governance, both on integrity and policy, in two years and "that says a lot", Finance Minister Arun Jaitley has said.
He also asserted that the government is directional and is moving forward decisively without any collateral considerations unlike its predecessor.
"I think this government in terms of governance issues, both in terms of its integrity and in terms of policy, is yet to make its first major mistake. And that says a lot," he told PTI in an interaction.
He was asked about Modi government nearing two years in office and what were its major achievements.
Jaitley claimed that the hallmark of this government was quick decision-making in all areas and was giving a direction to the country's policies and that is what clearly distinguishes it from its predecessor governments.
"When you compare it with its predecessor governments, in terms of direction and you see any department of the government, the decisions are more reform-oriented, they are bold and the direction is absolutely clear rather than confusing. Attacking the previous Congress-led United Progressive Alliance government, he said unlike that the decisions now are not motivated by any collateral considerations.
"There are no corrupt motives. And I think the ethics of this government distinguishes it from its predecessor government," he said.
The finance minister said governments, in their initial years, the performance has to be directional and therefore,
"if you see the present government and you contra distinct it with its predecessor governments, I think the facts that stand out is the prime minister and the government is decisive. As the government nears two years of its rule at the Centre, he said this government is pursuing the policy of expediting reforms and growth and is using the resources thus saved for helping the under-privileged.
"On an overall, you are sticking to your broad philosophy of expediting reforms, expediting growth and using the state resource for helping the less privileged. And I think both in each one of these areas, in most areas, they have not been found lacking," he said.
Asked if there was any area the government could have done better, he remarked, "You can always do better in every area. But that then depends on what the global factors are and what your own pace of democratic process is."
Asked if the government has put the reform measures on the back-burner especially after the stand taken on the Land Bill and delay in bringing in labour reforms, Jaitley said the reforms process was continuous and they were brought in every now and then.
He also listed bills on bankruptcy, black money, Aaadhar and Goods and Services Tax as reform measures brought in by the government recently.
He rejected criticism of BJP governments in states like Haryana and Maharashtra for allegedly not handling sensitive issues well.
Asked about repeating the mistakes of Congress in Haryana and Maharashtra, he said, "I do not think you can call it a mistake. Some of the people you are naming. In Maharashtra, the chief minister is a man of very high credibility and good activity. And Maharashtra needs a serious change in every sense including the ethical culture of Maharashtra government."
Taking a dig at the previous chief ministers and their alleged involvement in scams, he said, "You have seen the way some of the earlier leaders in Maharashtra, what they have been involved in.
I don't think we can call it a mistake."
He, however, did not touch on Haryana, where the BJP government has drawn flak over its handling of the recent Jat agitation and the violence that followed. Jaitley also attacked the Congress for acting like a "fringe" despite being a mainstream party.
"It was the main national party. We may have also committed mistakes when we were in opposition. I think it is a lesson for both the national parties that mainstream parties will always have to have a certain level of positioning. You can't take fringe positioning. Mainstream doesn't behave like a fringe and therefore in the few states left with the Congress, it does not seem to be doing well," he said.