Masisi looks to wean Botswana off dependence on diamonds 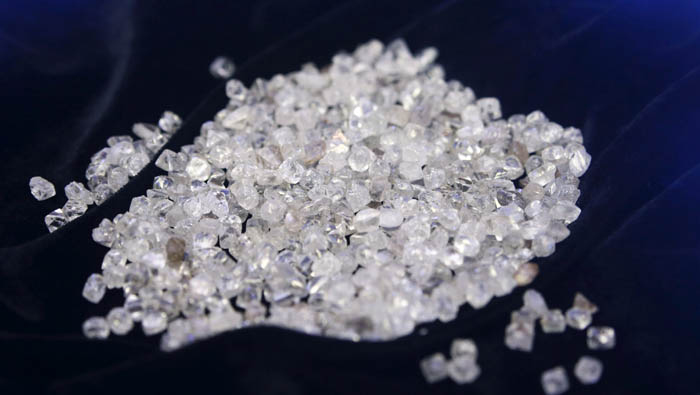 Gaborone: Botswana's new president, sworn in on Sunday as the landlocked country's fifth post-colonial leader, said he would give priority to tackling youth unemployment and diversifying its economy.
Retired teacher Mokgweetsi Masisi, who takes over from former army general Ian Khama, inherits a state with a reputation as one of Africa's rare political and economic success stories.
But he faces a huge task in attempting to reduce its dependence on the diamond trade while creating more jobs after collapsing commodity prices tipped it into recession in 2015.
"We still seek to build a Botswana in which sustained development is underpinned by economic diversification," Masisi told a cheering crowd in parliament.
"One of my top priorities ... will be to address the problem of unemployment especially amongst the young." Botswana, with a population of some 2 million, has a jobless rate of around 20 per cent, with youth unemployment thought to be much higher.
Khama, 65, and a son of the country first president Seretse, bowed out after two five-year terms in a scripted succession that compelled him to hand over power to his deputy.
Masisi becomes only Botswana's third leader outside the Khama dynasty since its independence from Britain in 1966.
As part of efforts to branch out of diamonds, he also said his government would scale up access to technical education and set up initiatives in tourism, mining, beef and financial services.
But the country's opposition predicted little change, saying Masisi as deputy president was instrumental in an economic strategy that had failed to adapt the economy to the needs of a new generation of finance and science graduates.
"There is no need to celebrate, the change of guard will just be cosmetic. As vice president he... failed even at the time he was at the ministry of education," said a spokesman for the UDC opposition coalition, Moeti Mohwasa.
After working for United Nations Children's Fund, Masisi became a lawmaker in 2009.
He served as a minister of public affairs from 2011 to 2014, when Khama named him minister of education and, later the same year, also vice president.
Viewed by the markets as more business-friendly than his predecessor, Masisi will serve as leader until national elections in October 2019, for which the Botswana Democratic Party (BDP) is expected to name him as its presidential candidate.
The BDP has governed the country since independence but for the first time won less than 50 per cent of the vote for the legislature in the previous election in 2014.
Polls suggest its share will fall further in next year's ballot.