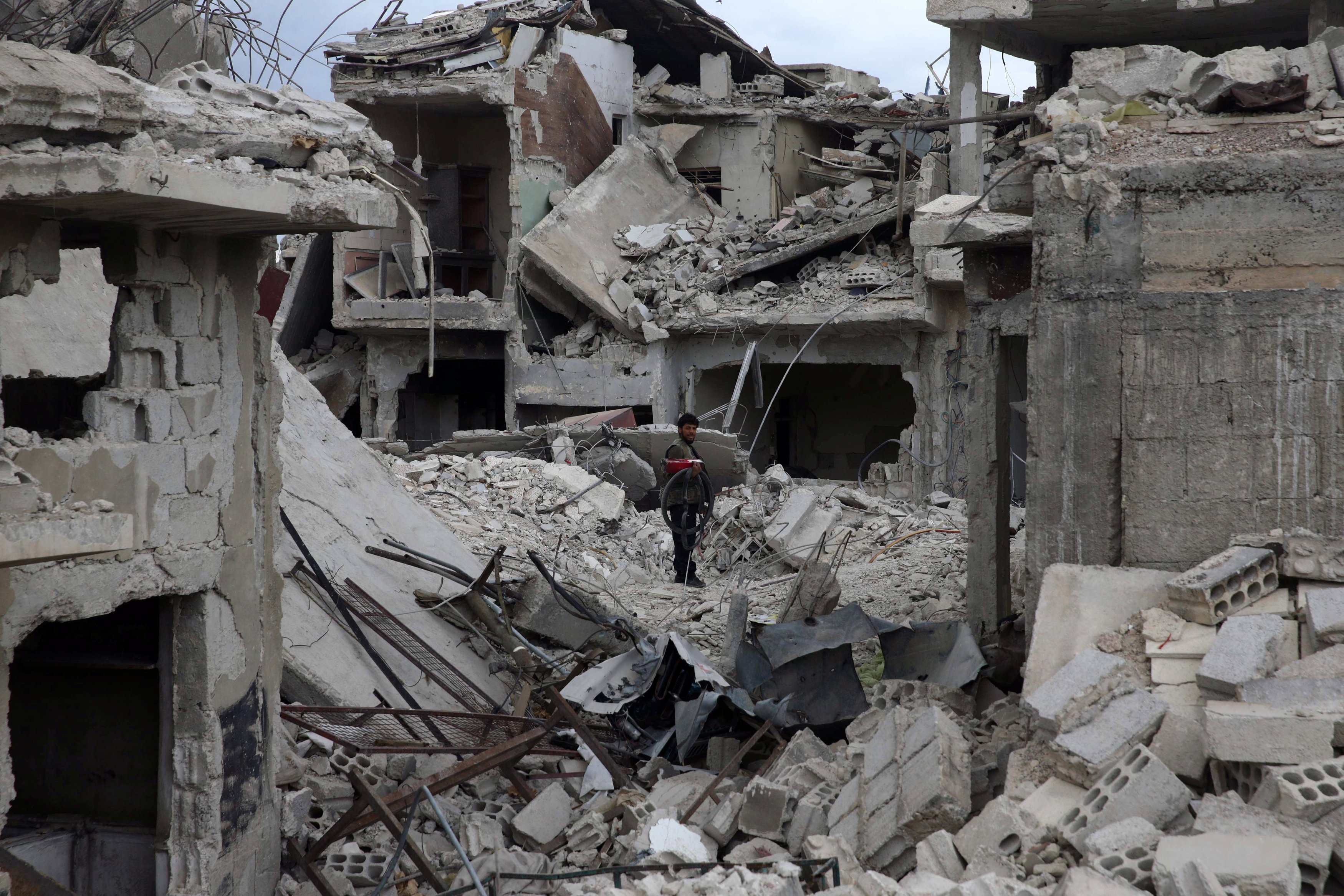 Amman: The first fighters from the last rebel bastion in eastern Ghouta left on Sunday for insurgent-held territory in the country's northwest, state media said, raising hopes of an end to conflict in the enclave.
The withdrawal, the first of its kind from besieged Douma, involves fighters of Failaq Al Rahman, which evacuated most of the towns under its control inside the enclave on Saturday.
The dominant rebel group in Douma is Jaish Al Islam, which is still negotiating a deal with Russia over surrender terms giving its fighters the option of leaving the enclave or making peace with Syrian authorities.
Negotiators reached a deal late on Saturday to evacuate wounded Jaish Al Islam civilians and fighters to Idlib in the northwest.
It was not clear if it was part of a broader deal including the pullout of fighters, though state television said information indicated an agreement had been reached.
The Syrian army command said on Saturday it had regained most of the towns and villages in eastern Ghouta and was pressing military operations in Douma, the largest urban centre in the enclave outside Damascus.
Failaq Al Rahman reached a deal last month with the Syrian army under Russian auspices to give up a string of towns in eastern Ghouta they had controlled, in exchange for safe passage to Idlib.
Douma's fall would seal the rebels' worst defeat since 2016, driving them from their last big stronghold near the capital.
The once bustling commercial hub was the main centre of street protests in the Damascus suburbs against President Bashar Al Assad's rule that ignited the conflict seven years ago.