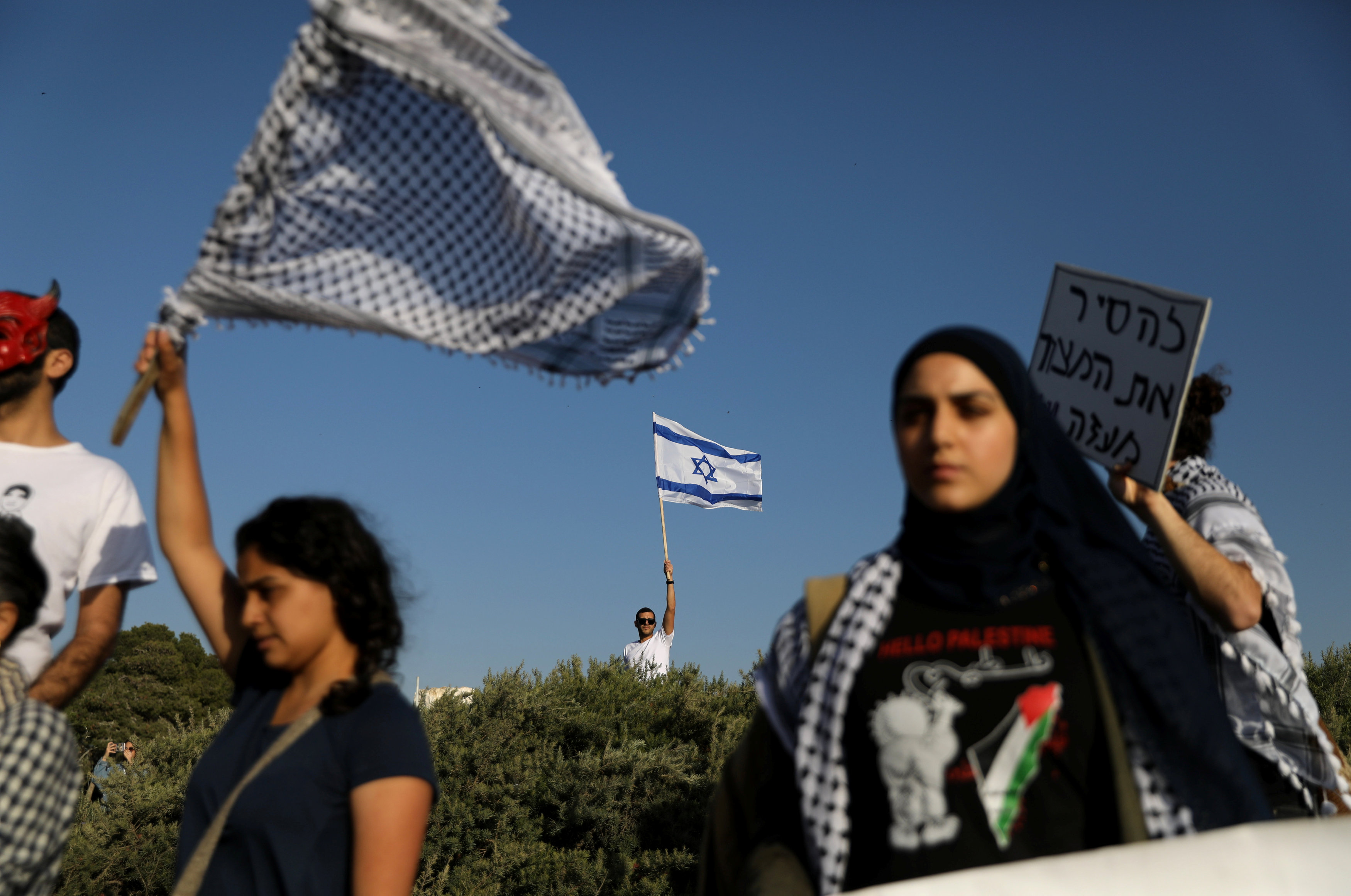 Occupied Jerusalem: Israel's defence minister rejected on Sunday calls for an inquiry into the killing of 15 Palestinians by the military during a Palestinian demonstration that turned violent on Friday at the Gaza-Israel border.
Hamas, the dominant Palestinian group in Gaza, said five of the dead were members of its armed wing.
Israel said eight of the 15 belonged to Hamas and two others came from other fighters' factions.
UN Secretary-General Antonio Guterres has called for an independent investigation into Friday's bloodshed.
His appeal was echoed by Federica Mogherini, the European Union's foreign policy chief, Amnesty International, and by Tamar Zandberg, leader of Israel's left-wing opposition Meretz party.
"Israeli soldiers did what was necessary. I think all our soldiers deserve a medal," the defence minister, Avigdor Lieberman, told Army Radio. "As for a commission of inquiry - there won't be one."
Tens of thousands of Palestinians gathered on Friday along the fenced 65-km (40-mile) frontier, where tents had been erected for a planned six-week protest pressing for a right of return for refugees and their descendents to what is now Israel.
But hundreds ignored calls from organisers and the Israeli military to stay away from the frontier.
The military said some of those who were shot had fired at soldiers, rolled burning tyres and hurled rocks and fire bombs toward the border.
"The use of live ammunition should, in particular, be part of an independent and transparent investigation," Mogherini said in a statement on Saturday. "While Israel has the right to protect its borders, the use of force must be proportionate at all times."
The protest is scheduled to culminate on May 15, when Palestinians mark the "Nakba" or "Catastrophe" when hundreds of thousands fled or were driven out of their homes in 1948, when the state of Israel was created.
Israel has long ruled out any right of return, fearing it would lose its Jewish majority.
On Saturday, Israeli troops using live ammunition and rubber bullets shot and wounded about 70 Palestinians among demonstrators at the border, Palestinian officials said. Witnesses said stones were thrown at the soldiers.
Israel says Hamas is using the protests to deflect frustration among Gaza's two million inhabitants over deepening economic hardship.
Israel withdrew from Gaza in 2005 but, citing security concerns, still tightly controls its land and sea borders. Egypt also keeps its Gaza frontier largely shut.