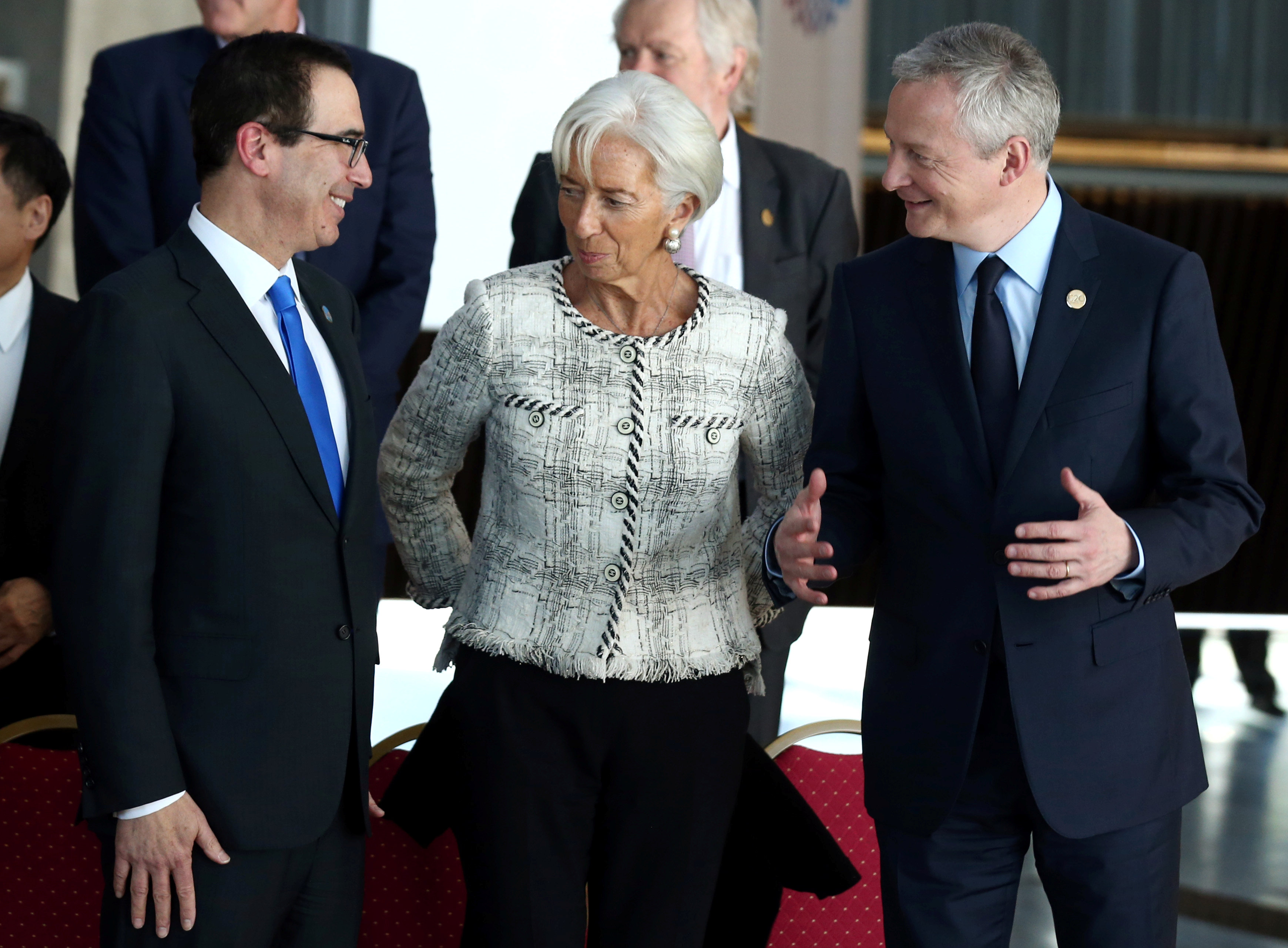 Buenos Aires: World financial leaders pleaded for an endorsement of free trade on Monday amid worries about US metals tariffs and looming trade sanctions on China, but Trump administration officials said they would not sacrifice US national interests.
The Buenos Aires meeting of finance ministers and central bank governors of the world's 20 biggest economies was meant to discuss a brightening economic outlook, the future of work, cryptocurrencies like bitcoin, and corporate tax avoidance.
But trade dominated the discussions after President Donald Trump on March 8 announced global tariffs of 25 per cent on steel and 10 per cent on aluminium.
Trump is expected on Friday to announce new tariffs on up to $60 billion worth of Chinese technology and consumer goods annually, to punish Beijing over its drive to acquire US intellectual property, sources told Reuters.
G20 officials fretted about the dangers that a potential trade war posed to world economic growth.
"The first risk is the risk of inward looking policies and protectionism," European Commissioner for Economic and Financial Affairs Pierre Moscovici told reporters after the first day of talks. Protectionism could damage growth, he added.
A draft G20 communique seen by Reuters last week said something similar but it was not clear if it would be retained in the final version of the statement to be published on Tuesday and which has to be agreed by unanimity.
US Treasury Secretary Steve Mnuchin pushed back at the meeting, saying the US could not sacrifice its own interests so that the system worked.
"There's no doubt that the secretary represents the president's very strong view that we believe in free trade," one US official told reporters.
"But the environment we're in now, where the expectation is America totally subordinates its national interests in order for the free trade system to work, is just one we don't accept. So, we've been very clear, we believe in free trade with reciprocal terms that leads to more balanced trade relationships," he said.
Others at the G20 meeting shared Europe's concerns.
"There is a solid understanding among the global community that free trade is important," Haruhiko Kuroda, Japan's central bank governor, told reporters.
The US steel and aluminium tariffs have raised global alarm that the US would dismantle the trading system based on World Trade Organisation (WTO) rules in favour of unilateral actions.
Canada and Mexico are exempt from the tariffs, which enter into force on March 23 and are mainly aimed at China. But the European Union wants to be exempted, too.
"I've been clear with (U.S. Treasury Secretary) Steve Mnuchin that we are waiting for a full exemption from these new American tariffs for the European Union as a whole," French Finance Minister Bruno Le Maire told reporters.
"I think we should reach that goal. It's difficult (but) it's not out of reach," he added.
Without an exemption, the EU will retaliate with a series of measures it is already preparing, Moscovici said.
After meeting with US Commerce Secretary Wilbur Ross in Washington, German Economy Minister Peter Altmaier said he and Ross agreed that US-EU talks on the tariffs should intensify.
"We are convinced that free trade is the best solution to guarantee the well-being of our peoples. We want that world trade remains fair and void of dumping measures," Altmaier said.
China tariff threat
The broad anti-China tariffs and investment restrictions under consideration as part of a US intellectual property probe have raised concerns that retaliation could hit world trade and choke off the strongest global growth since the G20 head of state summits began during the financial crisis a decade ago.
An early draft of the G20 communique seen by Reuters contained the phrase that G20 finance ministers stood by an agreement reached by their leaders in July last year in Hamburg.
That agreement said: "We note the importance of bilateral, regional and plurilateral agreements being open, transparent, inclusive and WTO-consistent, and commit to working to ensure they complement the multilateral trade agreements."
The Hamburg agreement, signed by all G20 leaders including Trump, said G20 countries would fight protectionism, including all unfair trade practices, although it also said they recognise the role of "legitimate trade defence instruments."
"The problem is that everybody understands the Hamburg wording differently," a senior European official said.