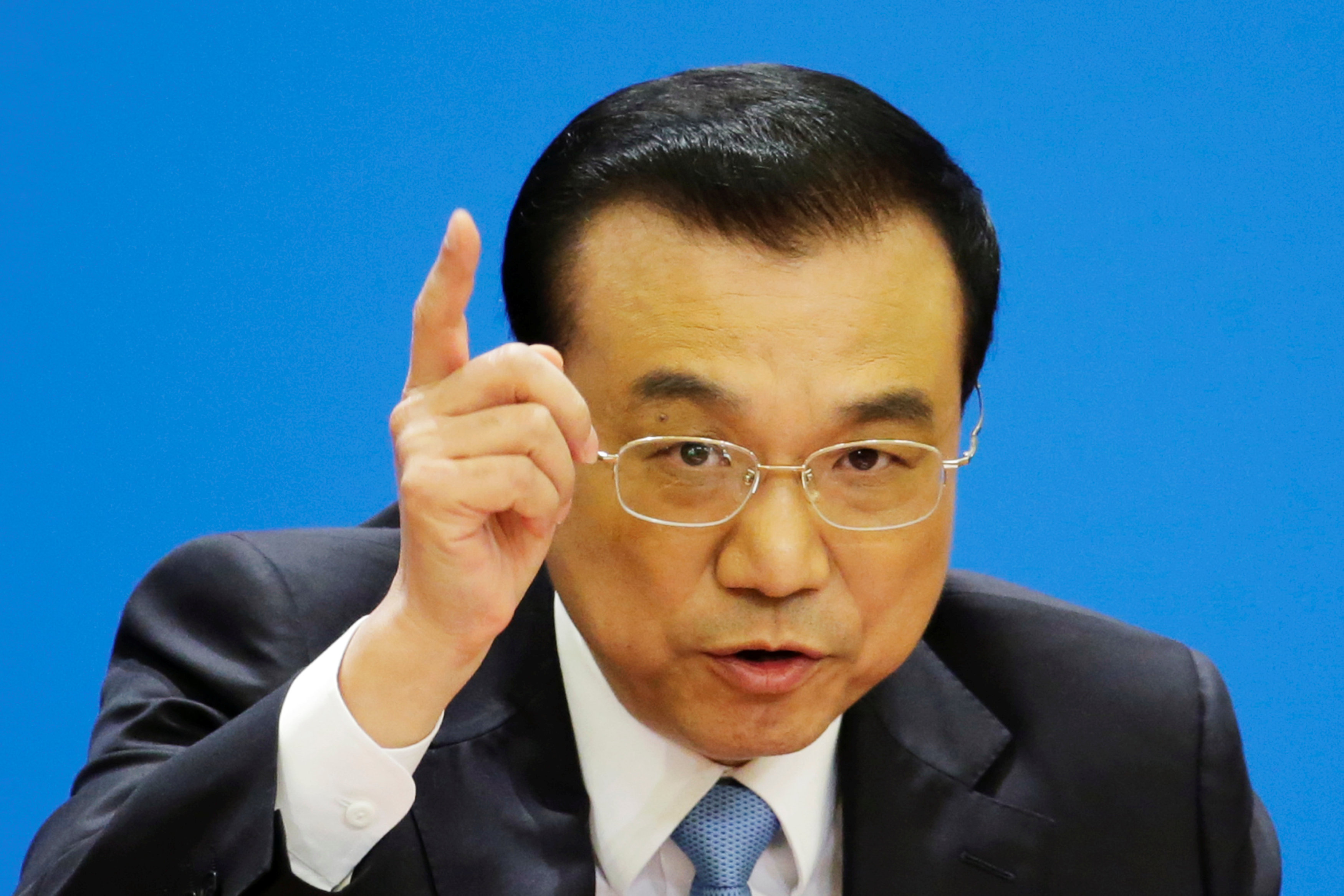 Beijing: China will open up its economy further, and its door to the outside will only get wider, with foreign and domestic firms allowed to compete on an equal footing, Premier Li Keqiang said at the close the country's annual parliament session on Tuesday.
The familiar-sounding pledges from Beijing came as the prospect of a global trade war loomed in the wake of US President Donald Trump imposition of hefty import tariffs on steel and aluminium earlier this month.
By the end of this week, according to sources in Washington, the United States is expected to unveil new tariffs on up to $60 billion worth of Chinese technology and consumer goods annually, fulfilling Trump's campaign promises to get tough on China and its trade practices.
"I hope both China and the US will act rationally, and not be led by emotions, and avoid a trade war," Li told reporters in a televised news conference at the Great Hall of the People in central Beijing.
China will improve access to its services and manufacturing sectors while further lowering import tariffs, including those on cancer-related drugs, Li also said at his once-a-year press conference. He did not give more specifics.
"China's economy has been so integrated with the world's, that closing China's door would mean blocking our way for development," Li said.
"China's aim is to ensure that both domestic and foreign firms, and companies under all kinds of ownership structure, will be able to compete on fair terms in China's large market."
When President Xi Jinping's top economic adviser Liu visited Washington recently, the Trump administration pressed him to find ways to reduce China's $375 billion trade surplus with the United States. "We are unwilling to see a big trade deficit, not only with the US," Li said. "We hope trade will be balanced."
In his remarks, Li said that as China widens access to its markets, there will be no forced transfers of technology, and China will better protect intellectual property rights.
Trump says Beijing has forced US companies to transfer their intellectual property to China as a cost of doing business there, though China has insisted that technology transfers are not a condition of gaining market access.
A source who had direct knowledge of the Trump administration's thinking told Reuters last week that the tariffs expected to be announced this week would chiefly target information technology, consumer electronics and telecoms and other products benefiting from US intellectual property.
But they could be much broader and hit consumer products such as clothing and footwear, with a list eventually running to 100 products, this source said.
The US currently restricts exports of items for military use to China, which could potentially cover a wide range of dual-use technology products.
The situation is also complicated by the fact that many Chinese firms are active in both civilian and military industries.
"We hope the US could ease restrictions on high-tech or high value-added product exports," Li said.
"We will strictly protect intellectual property. We hope this important means for balancing China-U.S. trade will not be missed, otherwise we will lose a chance to make money."
Li said China was confident of achieving its 2018 economic targets. The government aims to expand its economy by around 6.5 per cent this year, having easily surpassed the same target in 2017.
China's financial sector were in good shape and banks have enough provisions, Li said, adding that regulators would take "resolute measures" to tackle financial risks.
The Chinese central bank was being given responsibility for drafting important laws covering banking and insurance sector, with regulation over the $42 trillion sector becoming more streamlined and tighter.
Before the press conference, Li introduced China's four new vice premiers, though they neither took questions or spoke. Among them was Liu He, widely regarded as China's new economic tsar.