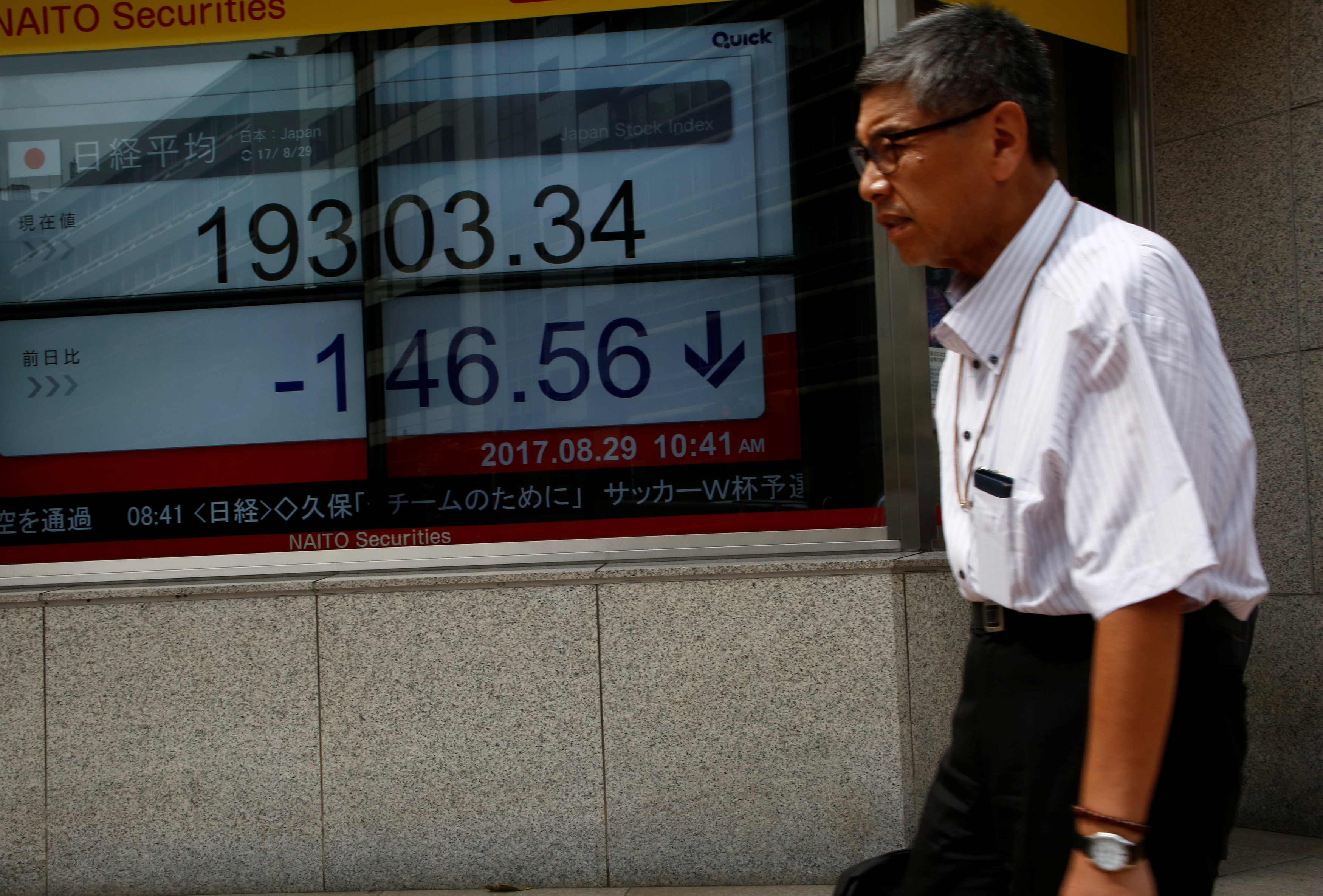 Tokyo: Asian shares were on the defencive on Tuesday after investors took profits in high-flying US technology shares on fears of stiffer regulation, as Facebook came under fire following reports it allowed improper access to user data.
The retreat came as investors braced for new Federal Reserve Chairman Jerome Powell's first policy meeting starting later in the day and amid concerns that US President Donald Trump could impose additional punitive trade measures against China.
"US tech indexes, including Nasdaq and Philadelphia semi-conductor index all hit record highs last week. So they were prone to profit-taking," said Mutsumi Kagawa, chief strategist at Rakuten Securities.
"Shares will be capped by various uncertainties for now. Once those uncertainties are cleared, investors will shift their focus back to relatively attractive valuations," he added.
Futures suggested European stocks are likely to rebound after falling the previous day, with Britain's FTSE seen rising 0.5 per cent from a 15-month low, Germany's Dax expected to rise 0.5 per cent and France's Cac 0.3 percent.
MSCI's broadest index of Asia-Pacific shares outside Japan were last up 0.2 per cent after initially dropping as much as 0.5 per cent. Japan's Nikkei fell 0.5 per cent.
On Wall Street the S&P 500 lost 1.42 per cent and the Nasdaq Composite 1.84 per cent, both suffering their worst day in five weeks.
"Investors lightened their positions ahead of the Fed's policy meeting. The markets are completely split on whether the Fed will project three rate hikes this year or four," said Hiroaki Mino, senior strategist at Mizuho Securities.
Facebook led the losses, tumbling 6.8 percent as the social media colossus faced demands from US and European lawmakers to explain how a consultancy that worked on President Donald Trump's election campaign gained improper access to data on 50 million Facebook users.
In addition, worries about the potential for a trade war cast a shadow after US President Trump imposed tariffs on steel and aluminium.
The Trump administration is also expected to unveil up to $60 billion in new tariffs on Chinese imports by Friday, targeting technology, telecommunications and intellectual property, two officials briefed on the matter said Monday.
US businesses were alarmed with several large US retail companies, including Wal-Mart and Target, on Monday urging Trump not to impose massive tariffs on goods imported from China.
The sharp fall in share prices put a lid on long-term US bond yields while short-dated yields rose ahead of an expected rate hike from the US Federal Reserve after its two-day policy meeting starting on Tuesday.
The yield on 10-year Treasuries was little changed at 2.867 per cent, almost 10 basis points below the four-year high of 2.957 per cent touched a month ago.
But the yield on two-year notes hit a 9 1/2-year high of 2.32 per cent on Monday as the Fed appears set to bump up its policy interest rates to 1.50-1.75 per cent from the current 1.25-1.50 per cent.
Still, with a Fed rate rise this week already fully priced in, the dollar barely gained.
Instead, it was the euro that stole the spotlight after Reuters reported that European Central Bank officials were shifting their debate from bond purchases to the expected path of interest rates.
The euro rose to $1.2347, bouncing back from $1.2258 hit the previous day.
The British pound hit one-month high of $1.4088 after Britain and the European Union agreed to a 21-month post-Brexit transition period and a potential solution to avoid a "hard border" for Northern Ireland.
It was last at $1.4041.
The yen was little changed at 106.01 per dollar, with traders wary of any new developments in a cronyism scandal that has eroded support for Japanese Prime Minister Shinzo Abe.
Oil prices rose by almost one per cent, lifted by a weak dollar, tensions in the Middle East and concerns of a further fall in Venezuelan output.
Brent crude futures traded at $66.56 a barrel, up 0.8 per cent. US West Texas Intermediate (WTI) futures were at $62.59 a barrel, up 0.9 per cent.