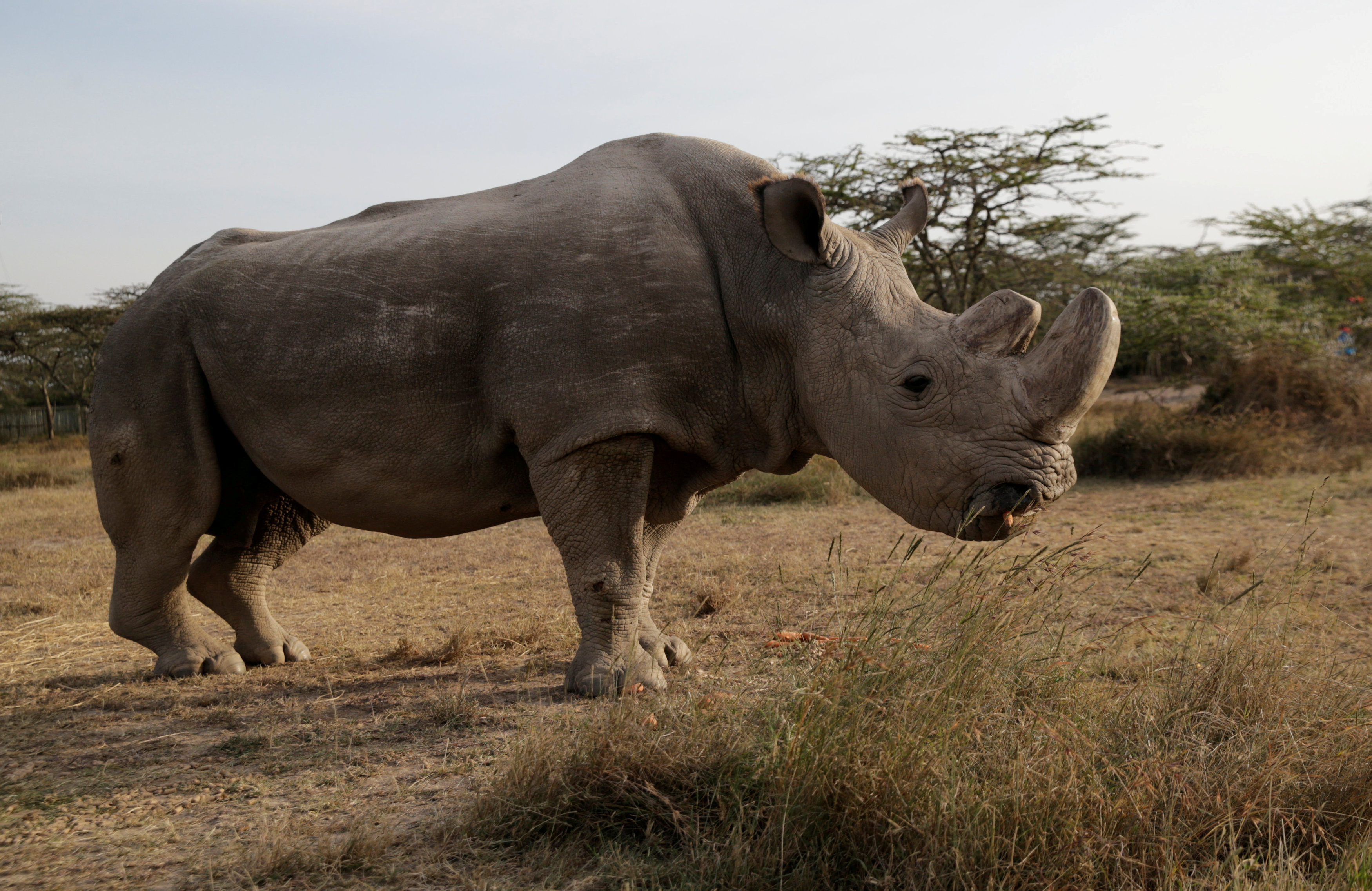 Nairobi: The world's last male northern white rhino has died, the Kenyan conservancy taking care of it said, leaving only two females of its subspecies alive in the world although scientists still hope they can save it from extinction.
Ol Pejeta Conservancy said in a statement it had made the decision with wildlife officials and his previous carers to euthanise on Monday the 45-year-old rhino, named Sudan, due to the rapid deterioration in his condition.
Sudan was being treated for age-related complications that had affected his muscles and bones and also gave him extensive skin wounds.
The rhino had spent two weeks in late February and early March lying in his pen due to discomfort from a deep wound on his right hind leg.
"His condition worsened significantly in the last 24 hours; he was unable to stand up and was suffering a great deal," Ol Pejeta said. "The veterinary team from the Dver Kralove Zoo, Ol Pejeta and Kenya Wildlife Service made the decision to euthanise him."
Sudan had previously lived at the Dver Kralove Zoo in the Czech Republic before being transported to Ol Pejeta Conservancy, about 250 km (155 miles) north of Nairobi, where he lived with the last two females of the same species, 27-year-old Najin and 17-year-old Fatu.
After all attempts at getting him to mate naturally failed, conservationists last year put Sudan on dating app Tinder, hoping to raise enough money to pay for a $9 million fertility treatment.
Ol Pejeta said that they had collected Sudan's genetic material on Monday that could be used in future to attempt reproduction of northern white rhinos.
It said scientists were also seeking ways to do in vitro fertilisation.
"The only hope for the preservation of this subspecies now lies in developing in vitro fertilisation techniques using eggs from the two remaining females, stored northern white rhino semen from males and surrogate southern white rhino females," it said
While there are thousand of southern white rhinos still roaming the plains of sub-Saharan Africa, decades of rampant poaching have drastically cut numbers of northern whites.
Poachers can sell northern white rhino horns for $50,000 per kilo, making them more valuable than gold.
Kenya had 20,000 rhinos in the 1970s, falling to 400 in the 1990s. It now has 650, almost all of which are black rhinos.