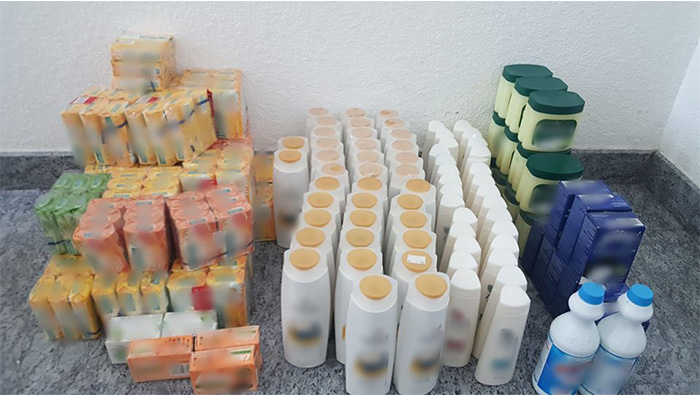 Muscat: An expat who fabricated the expiry dates of over 260 body care products was arrested, announced Public Authority for Consumer Protection (PACP).
According to authorities, the expat was arrested after expired products were found in a store in Muttrah.
In a statement online, PACP said, “A total of 266 expired items have been seized by the Judicial Control Officers. They revealed that the expat used a special seal to falsify [the date on] some of them, while he used a pen to write dates of the rest.”
The seized goods include 65 bottles of shampoo, 10 boxes of black hair dye, 178 soaps, two containers of floor antiseptic and 11 packs of moisturising cream.