Football: One trophy not good enough for United, says Matic 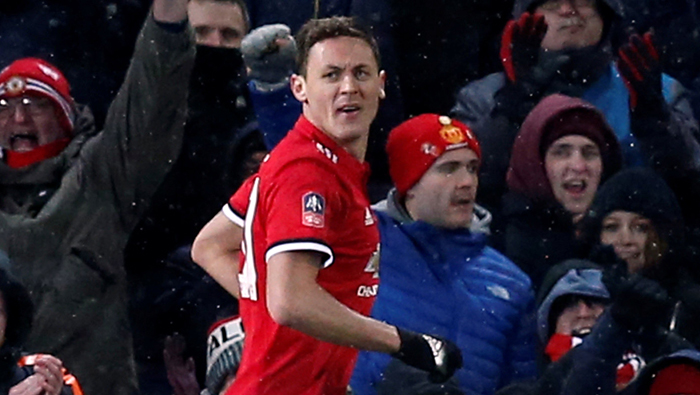 London: Manchester United cannot consider their current season to be a successful one even if they win the FA Cup, midfielder Nemanja Matic has said.
United's 2-0 win over Brighton and Hove Albion in the FA Cup quarterfinals on Saturday kept alive their only realistic chance of winning a trophy this season after their exit from the Champions League last week.
Rivals Manchester City are firm favourites to win the Premier League title this campaign as second-placed United lie 16 points behind their neighbours with eight matches left to be played.
"You have four competitions in the season - if you win one for me it is not enough, but you always have to do your best," Matic told British media.
"In the Premier League, when you are in the first four this is not perfect but is good to play for the Champions League next season.
"If you win the FA Cup I cannot say it is a successful season, but it's a good season."
Manager Jose Mourinho's team were also knocked out of the League Cup quarterfinals after a shock defeat by Championship (second tier) side Bristol City.
After the win over Brighton, Mourinho hailed Matic as "an island of personality, desire and control" while criticising others for a lacklustre showing.
"He (Mourinho) is special because he wants to win always. You can see when we lose a game he cannot accept that. Probably that's why he won more than 20 trophies in his life," Serbian Matic added.
"It is very difficult to work with him because he always wants more and more. Even if you win the league he wants to win again next season. He is like this and the players need to be ready for that."
After the conclusion of the international break, United host Swansea City in the league on March 31 before taking on Tottenham Hotspur at Wembley in the FA Cup semifinals next month. - Reuters