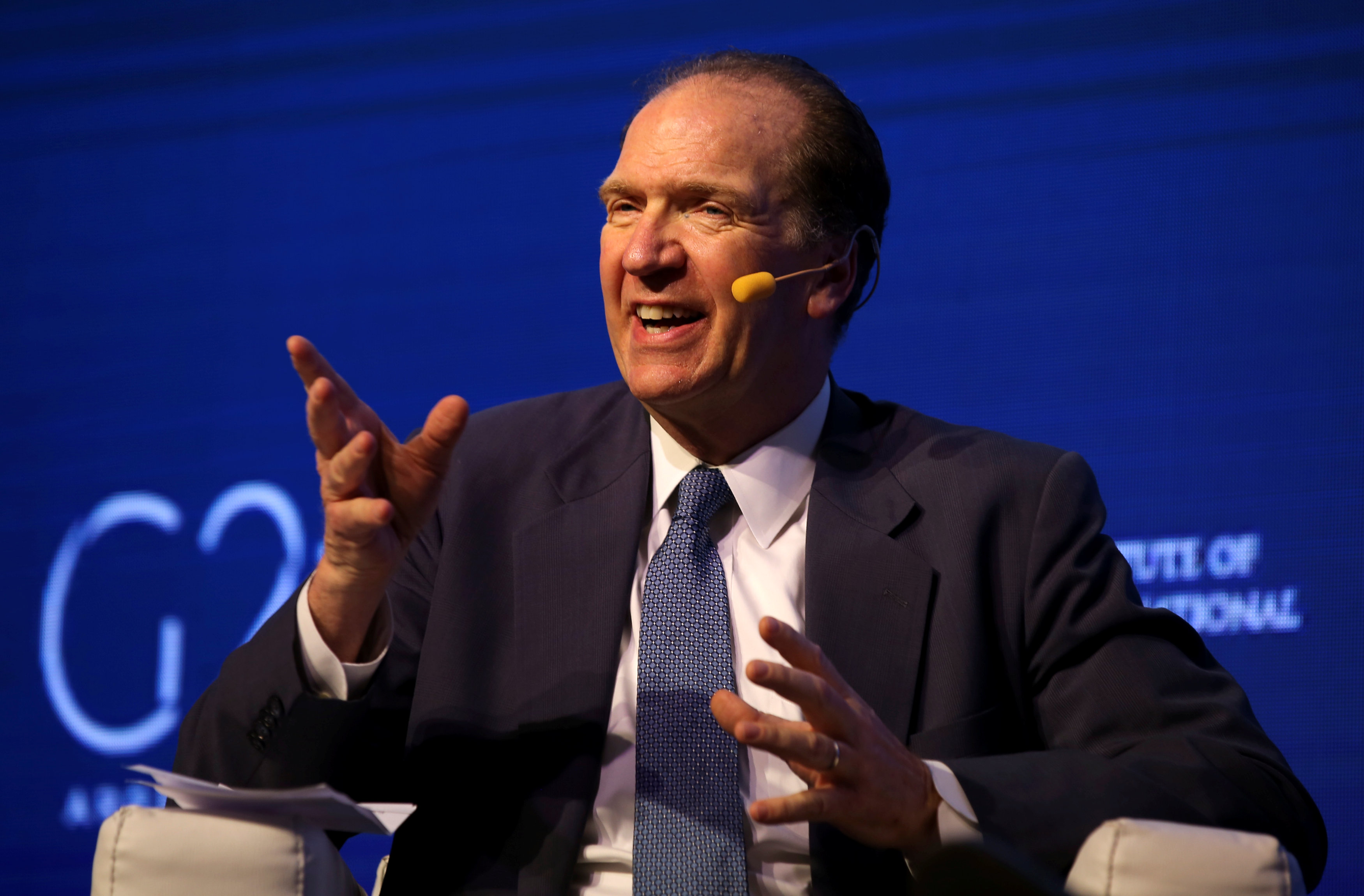 Buenos Aires: Worries about the potential for a US-China trade war and frustration over US President Donald Trump's steel and aluminium tariffs threatened to dominate a gathering of finance leaders this week amid strengthening growth.
US Treasury Secretary Steven Mnuchin, who arrived in Buenos Aires ahead of a two-day meeting of the Group of 20 finance ministers, will be in a position of defending Trump's trade plans against widespread criticism from G20 partners.
At the same time, he is likely to hear pleas for exemptions from the steel and aluminium tariffs, said Edwin Truman, a former Treasury and Federal Reserve international policy official now with the Peterson Institute for International Economics in Washington.
"He's going to get an earful from them," Truman said. "Mnuchin is going to be playing defense in his comments and he'll put the best face on it that he can," Truman added.
The US import tariffs of 25 per cent on steel and 10 per cent on aluminium, set to become effective on March 23, have raised alarms among trading partners that Trump is following through on his threats to dismantle the decades-old trading system based around World Trade Organisation (WTO) rules in favour of unilateral US actions.
Potentially broader anti-China tariffs and investment restrictions under consideration as part of a US intellectual property probe have raised concerns that retaliation could seriously diminish global trade and choke off the strongest global growth since the G20 was formed during the 2008 financial crisis.
Reuters reported last week that the Trump administration was considering punitive tariffs on some $60 billion worth of Chinese information technology, telecoms and consumer products annually.
Defending WTO rules
Several G20 officials, including the finance ministers from host country Argentina and Germany, said they will insist on maintaining G20 communique language emphasising "the crucial role of the rules-based international trading system."
An early draft of the G20 communique seen by Reuters contained that phrase and added: "We note the importance of bilateral, regional and plurilateral agreements being open, transparent, inclusive and WTO-consistent, and commit to working to ensure they complement the multilateral trade agreements."
But it was unclear whether that language will stand. Mnuchin a year ago at his first G20 meeting in Germany pressed the group to drop a decades-old pledge "to resist all forms of protectionism." This was replaced with a watered-down pledge to "strengthen the contribution of trade to our economies."
Germany’s new finance minister Olaf Scholz warned on Sunday that protectionism could harm future economic prospects and said Germany would continue talks to dissuade the United States from imposing planned steel and aluminium tariffs.
The International Monetary Fund has forecast that global growth will reach 3.9 per cent in 2018 and 2019, with all G20 members showing positive and accelerating growth due to strong trade and investment flows. But it listed rising protectionism as among the key risks to growth in a briefing note to G20 countries.
"The reemergence of unilateral trade restrictions may escalate tensions and fuel global protectionism, disrupting worldwide supply chains and affecting long-term productivity," the IMF said.
Meanwhile, Mnuchin's chief deputy at the G20 meeting, US Treasury Undersecretary David Malpass, kept up his criticism of China's economic policies on Sunday. Malpass told an Institute of International Finance forum in Buenos Aires that countries were increasingly concerned by Beijing's move away from market liberalisation, its reliance on state subsidies and its use of restrictive investment policies.
Increasing state control of China's economy "has not been good for us and the world and will continue to cause difficulty," Malpass said.
In Beijing on Monday, Chinese foreign ministry spokeswoman Hua Chunying told a news briefing that Malpass' comments were "not very friendly and not objective", and called on countries to cooperate instead of criticising each other.
A European G20 official told Reuters the European Union was keen to avoid being seen as taking sides in any disputes between the United States and China and urged Trump to negotiate directly with Beijing to resolve such issues.
But German Chancellor Angela Merkel and Chinese president Xi Jinping also emphasised multilateralism in a telephone call on Sunday, pledging to work within the G20 to resolve global steel overcapacity problems.
Officially, Argentina seeks to use the finance track of its G20 presidency to discuss the "future of work" as technological advancements begin to cause unemployment across countries, and on finding ways to finance an estimated $5.5 trillion in infrastructure investments needed worldwide through 2035.
"We want to create a new asset class to close this gap," Argentine Treasury Minister Nicolas Dujovne said in a speech on Sunday, saying there is enough liquidity to finance infrastructure projects but the way they are currently structured makes it difficult to lure investors.