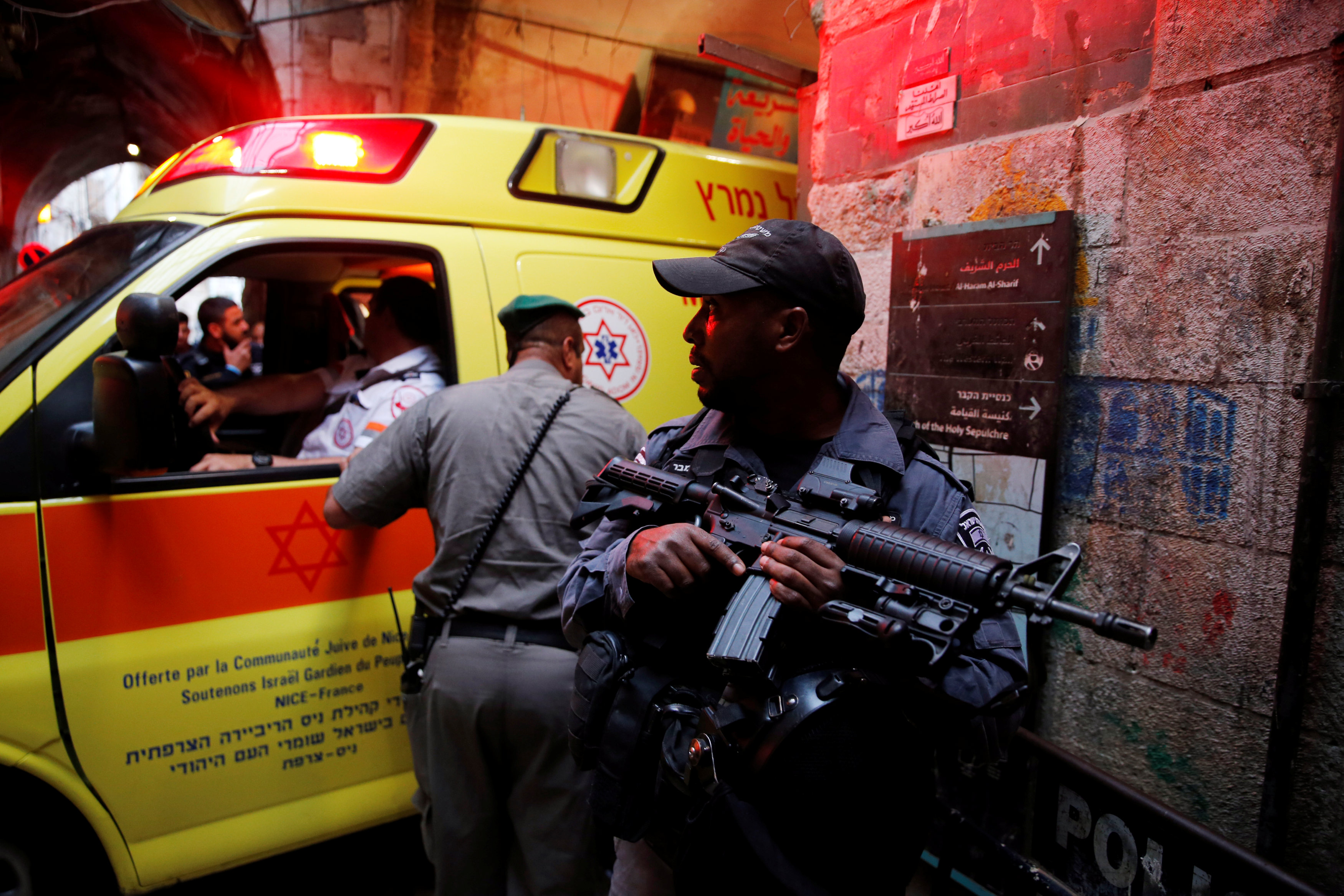 Occupied Jerusalem: An Israeli security guard died of wounds he suffered in a stabbing attack in occupied Jerusalem's Old City on Sunday carried out by an assailant identified by Israel as a Palestinian.
The assailant was shot and killed by police at the scene, a police spokesman said.
It was the second attack on Israelis in occupied Jerusalem and the occupied West Bank in three days and a sign of rising tensions in the region.
"With deep sorrow we announce that the wounded man died of his injuries despite resuscitation and life-saving efforts," the spokeswoman at Jerusalem's Shaare Tzedek Medical Centre wrote in a brief text message to reporters.
Adiel Colman, a father of four in his 30s, was the man killed, police spokesman Micky Rosenfeld said. He was a resident of Kohav Hashahar, a settlement in the occupied West Bank.
A spokesman for Israel's Magen David Adom ambulance service said Colman had been stabbed several times in the upper body and was in a critical state when he was rushed to hospital.
Israel's Shin Bet security agency identified the suspect as Abdel Rahman Bani Fadel, 28, a Palestinian father of two from the village of Akraba near the town of Nablus in the occupied West Bank.
The incident followed an attack on Friday in the occupied West Bank in which the Israeli military said a Palestinian motorist rammed and killed two Israeli soldiers guarding a road near a Jewish settlement.
Tensions have risen in occupied Jerusalem since US President Donald Trump recognised the city as Israel's capital on December 6. The city is on a high state of alert ahead of the Jewish Passover holiday at the end of March and festivities next month to mark 70 years since Israel's founding.
Rosenfeld said a knife found at the scene of Sunday's attack was believed to be the weapon used by the assailant.
A senior police commander told reporters at the scene that officers positioned nearby had raced to the scene and shot the assailant.
"Police officers who were about 150 metres (yards) from the scene heard shouting, they reacted swiftly, closing in on the incident and managed to neutralise the attacker," the commander, Haim Shmuely, said.
Police said the assailant had been shot dead. They declined to comment on Israeli news reports earlier that the assailant was carrying Turkish identity papers.
Shmuely said security services, always at a high state of readiness in occupied Jerusalem because of possible attacks, had raised their alert levels further ahead of the forthcoming festivities when many visitors are expected to visit the city and because there was an increase in warnings of possible attacks.
Earlier on Sunday, Israeli forces operating on the Gaza border foiled an attempt by the Hamas group to rebuild an attack tunnel, the Israeli military said.