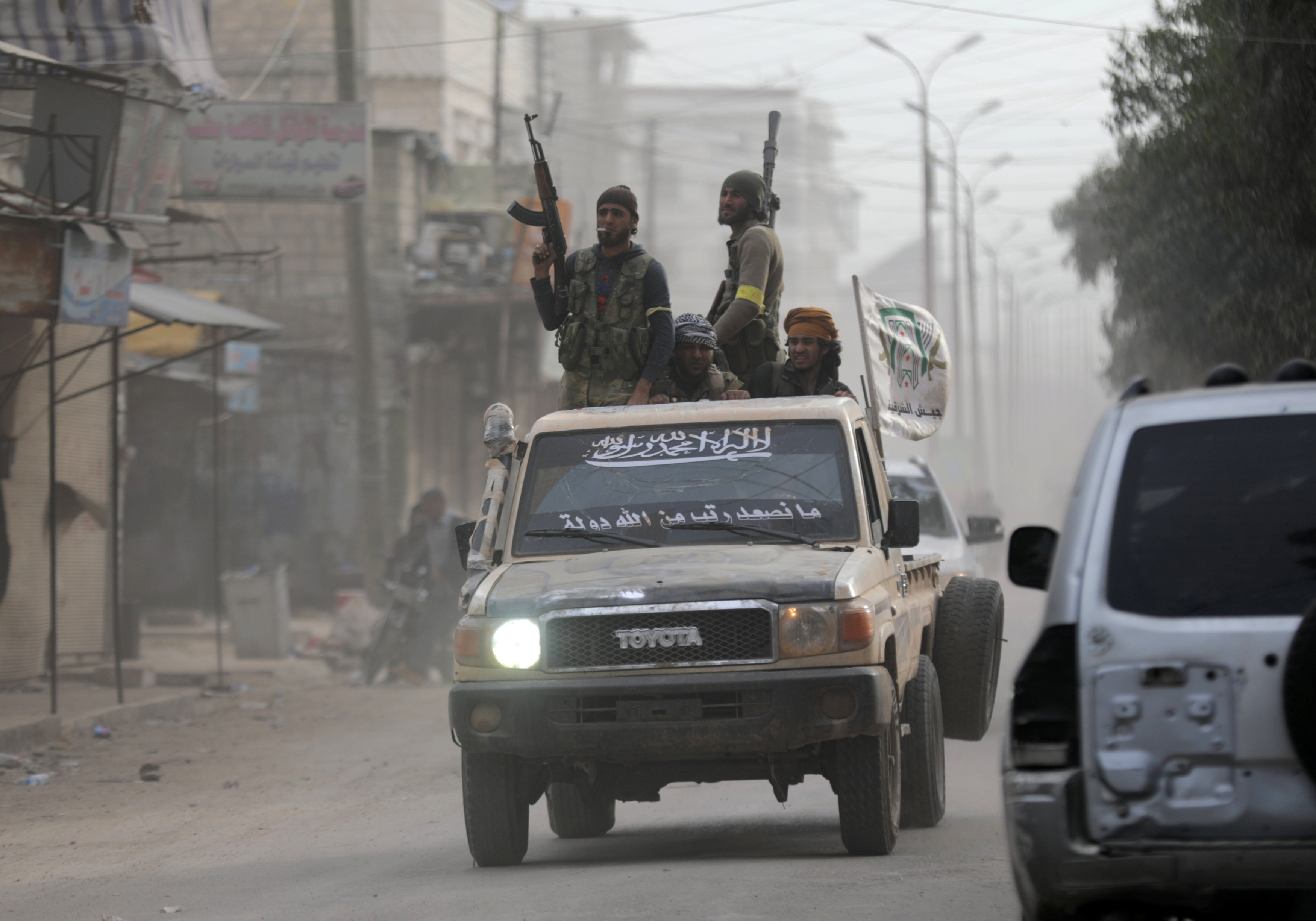 Istanbul: A bomb blast in a four-storey building in the town of Afrin in northwest Syria killed seven civilians and four Free Syrian Army members overnight, state-run Anadolu news agency reported on Monday.
The explosion hit after the Syrian rebels swept into the town with Turkish forces on Sunday, declaring full control after an eight-week campaign to drive out Kurdish YPG forces.
Anadolu said the bomb, which it described as planted by terrorists, exploded as the Syrian fighters conducted a search. It ripped out a hole four metres (4.37 yards) deep and badly damaged other buildings and vehicles, it said.
A spokesman for the Turkey-backed Free Syrian Army rebels said on Sunday they had entered Afrin before dawn, meeting no resistance. A war monitor, the Syrian Observatory for Human Rights, said some YPG fighters defied orders to withdraw, but Turkish forces were in control.
Turkey says the YPG is an extension of the militant PKK group fighting an insurgency inside Turkey, and vowed to crush what it described as a "terror corridor" of YPG-controlled territory along Turkey's southern border with Syria.
It has said its next target would be a Syrian region further east where U.S. forces are stationed alongside the YPG, Washington's ally against Islamic State in Syria.