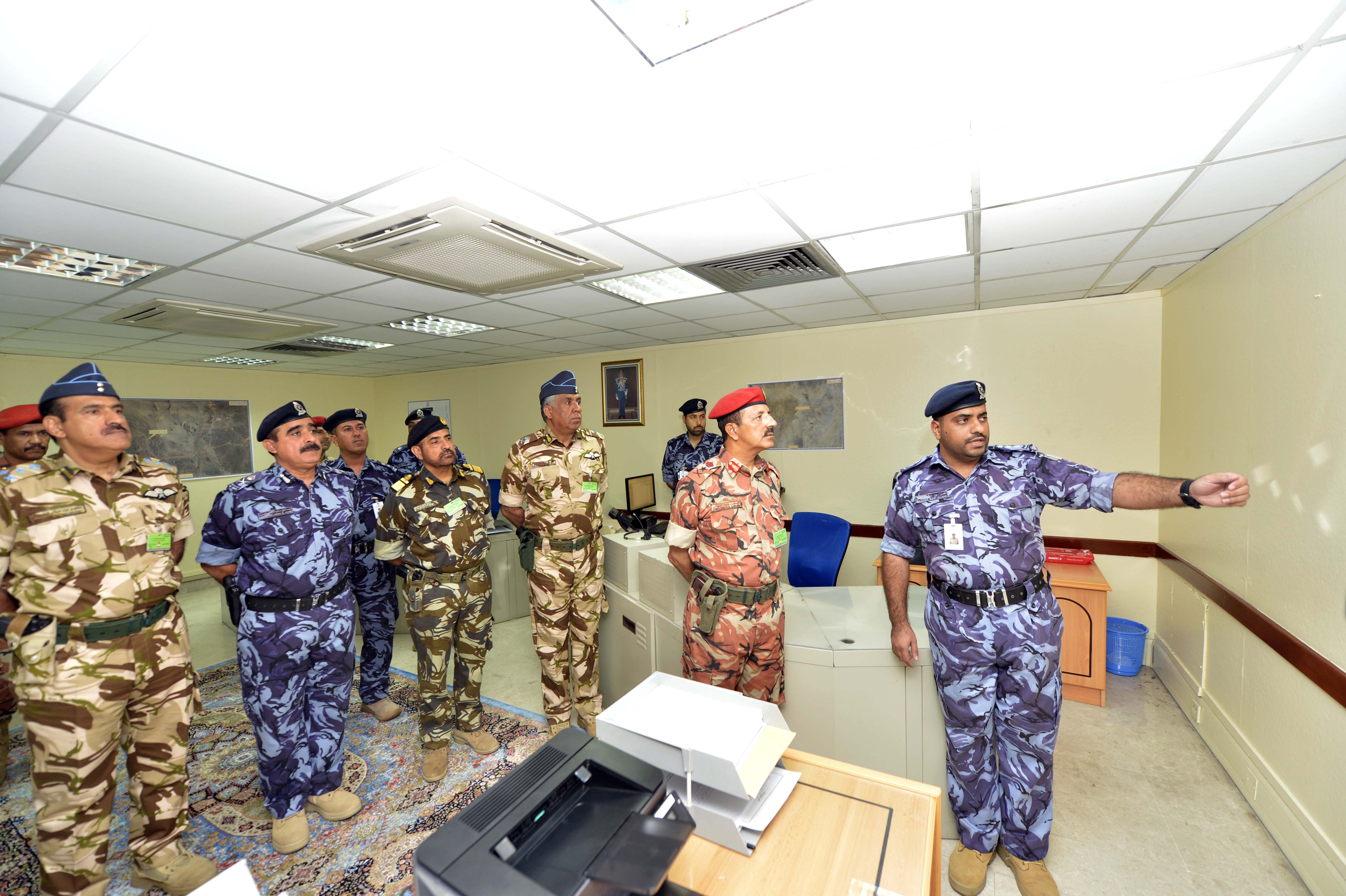 Muscat: The activities of the training exercise Leadership Centres “Joint Effort 10” continues with the participation of a number of military, security and civil sectors, as part of the follow-up and direct supervision by the Exercise Director, Lt-Gen Ahmad bin Harith Al Nabhani, Chief of Staff of the Sultan’s Armed Forces (SAF).
Lt-Gen Al Nabhani was briefed during his visit on Sunday to the headquarters of the Royal Oman Police (ROP) Force taking part in the exercise on the work and coordination mechanism and communication between them and the other military, security and civil cells of the exercise, and the mechanism of joint liaison with the National Civil Defence Committee which was assigned with a number of training tasks.
He also listened to a summary of the roles, tasks and duties of ROP Force in the course of the exercise plan, presented by Brigadier.
Abdullah bin Mohammed Al Sayari, Commander of ROP of Governorate of Muscat (Commander of ROP Force participating in the exercise) in the presence of Maj.Gen Hamad bin Sulaiman Al Hatmi, Assistant Inspector General of Police and Customs for Operations.
SAF Chief of Staff was accompanied by the Commander of the Royal Air Force of Oman (Head of Exercise Control), Commander of the Royal Navy of Oman (Deputy Director of the Exercise) Commodore Maktoum bin Salim Al Mazroui, Assistant Chief of Staff for Joint Training and Exercises (Deputy Head of Exercise Control), Brigadier. Mohammed bin Abdullah al-Mukhaini (Head of the Planning Team for Al Shomoukh (2) and Swift Sword (3).