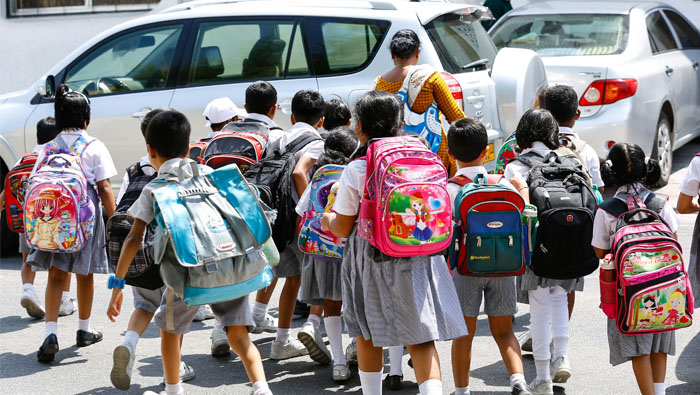 Muscat: An increasing number of Indian schools across Oman have been hiking school fees, causing widespread concern among parents.
Indian schools in Muscat, Seeb, Al Ghubra, Darsait, Buraimi and Salalah have all announced fee hikes, following instructions from the Board of Directors of Indian Schools in the Sultanate of Oman. The worry stems from a non-refundable infrastructure charge levied on new and existing admissions to these schools.
A statement issued in September by the Board of Directors of Indian Schools in Oman said: “The long-awaited project at Al Awabi, a new school with an initial capacity of 4,000 children, has started. Schools at Barka and Saham are progressing on a war footing. A legal agreement for a new school at Ibra has already been signed. Existing schools at Rustaq and Masirah are being shifted to new premises with better facilities. Expansion plans have been carried out at Al Mabella, Al Seeb and Jalan. In short, the last two years have been so replete with numerous infrastructural development projects that it’s high time we mobilised funds for the successful completion of these activities.”
The statement added that a non-refundable infrastructure deposit of OMR100 would be levied towards every new admission, while existing students would face an OMR10 increase in fees.
Unhappy parents at Indian School Seeb, alleged that a fee hike of more than OMR110 has been levied on them, an amount they said they will struggle to pay. “Parents who are seeking new admissions received a message one day before admissions began,” said Rajesh Kumar, a parent.
of two children at Indian School Seeb. He added, “Yesterday, I also got this message which said we needed to pay OMR356. The initial admission fee was only around OMR246, but now they are asking for another OMR110. The school tells us they are collecting OMR100 as a refundable deposit, as well as an OMR100 non-refundable deposit per child for the infrastructure fund.”
“This is a one-sided decision they are imposing on parents. The school tells us they struggled to resist this hike, but that the decision was a unanimous one by the board of directors. We have also tried to reach the board, but there is no proper response from their side. Some parents have decided not to take admissions right now, and to just register the data of our children with the school authorities,” added Kumar.
“We are quite concerned about this because we have to pay such a large amount. The market is bad and many of us are not getting our salaries on time. We are struggling to even pay last year’s fees,” Kumar stated.
Concern is also rife among parents in the Sultanate’s southern Dhofar governorate, where the nearly 4,500 students at Indian School Salalah (ISS) are facing a similar fee hike.
“The minimum average salary of expats in Salalah is some OMR296 a month,” said a former senior member of the school management committee. “These children cannot afford to go to any other school in Salalah. Over the last 10 years, there has been an increase of OMR9 per month and now they are coming up with non-refundable deposits. Admissions to Indian schools have dropped by 17%, and this shows that the number of expats in the country has reduced drastically. These fee hikes are going to tax the parents very heavily, even though the school currently has OMR1.6 million in surplus cash,” the former member added.
“The management thinks they can get away with anything here,” added a parent whose children study at ISS. “Even in December 2017, they told us there would be no fee hike. Many of us have requested to speak with the principal, as well as the school president, but they have threatened us. We feel this is a very forceful and thuggish way of doing things.”
A circular from Indian School Al Buraimi said: “A sum of OMR150 will be collected from each child at the time of admission from the year 2018-19. Out of the total caution deposit, OMR50 will be refundable, and OMR100 will be non-refundable and this amount will be transferred to the board of directors’ account for the infrastructure development fund.”
In addition, a parent whose children attend Indian School Darsait added: “When I went to pay the fee last week, they told me it had gone up from OMR240 to OMR340. All of us were surprised to hear of this increase and we are worried about how we can pay it.”
Indian School Muscat, on the other hand, has decided to impose a monthly fee increase of OMR2 on students. Both ISM and Indian School Al Ghubra sent circulars to their students informing them of the fee hikes.
“Although what we have to pay is a small amount, others will struggle to pay it,” said a parent who sends her daughter to ISM. “The market conditions are not good now and many expats are being forced to leave.”
A man, who sends both his children to Indian School Al Ghubra, added: “We are being forced to bear these costs, but if people want to expand the schools, it is not fair to pass these costs on to us.”