Cambodia kicks off drills with China as US ties sour 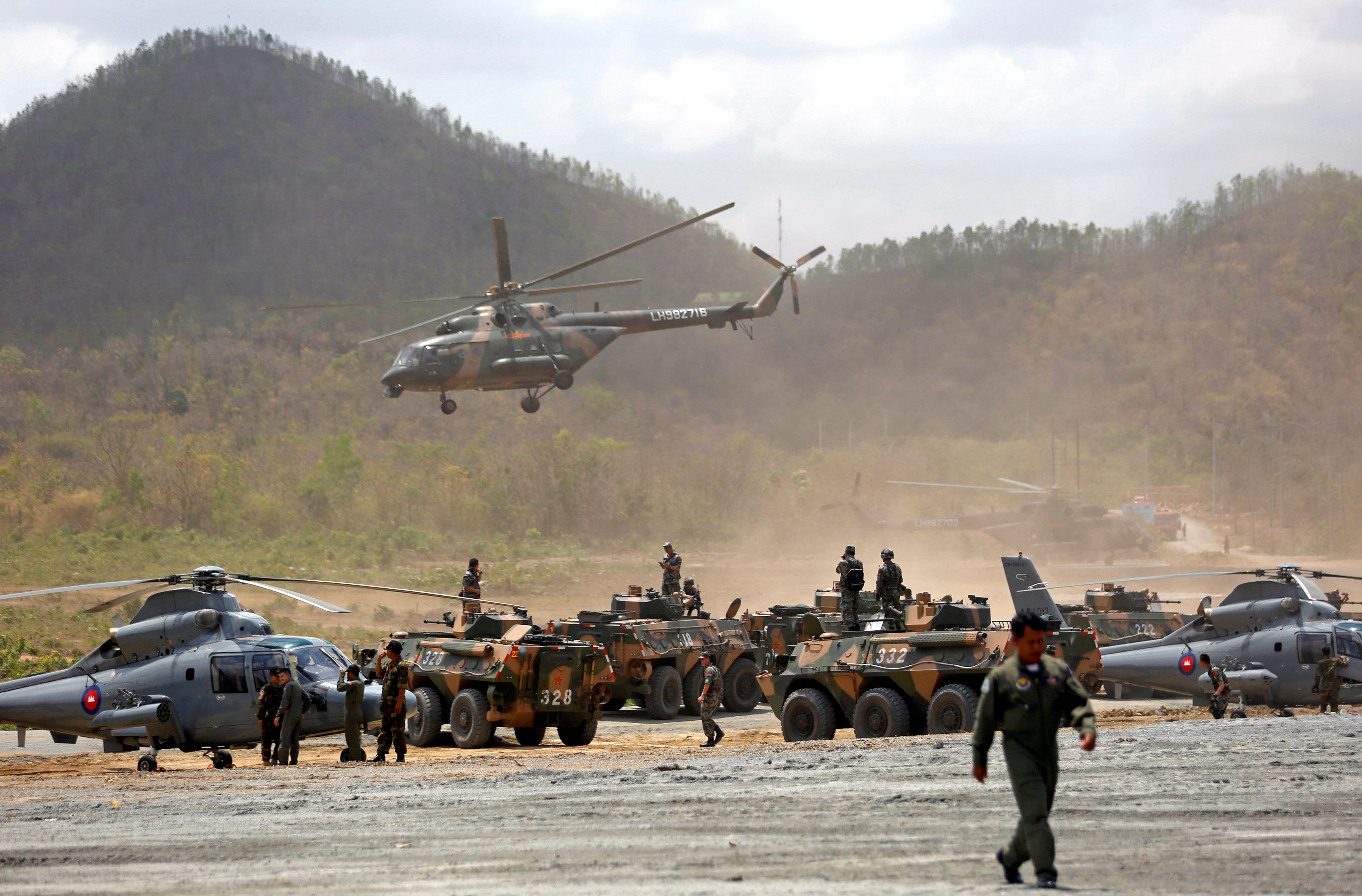 Phnom Penh: China and Cambodia on Saturday kicked off military exercises focused on counter-terrorism and rescue operations, highlighting the strong ties between the two countries amid strained relations between Cambodia and the United States.
Major General Zhang Jian, commander of the Chinese People's Liberation Army Southern Theatre Command, and Pol Saroeun, commander-in-chief of the Cambodian military, opened the Dragon Gold 2018 exercise west of Cambodia’s capital, Phnom Penh.
Pol Saroeun said the exercise, which involves 280 Cambodian and 216 Chinese soldiers, aims to celebrate the 60th anniversary of diplomatic ties and strengthen the "traditional relationship and trust politically between the two countries".
China is Cambodia's largest foreign investor and has poured billions of dollars into infrastructure projects in the country.
Pol Saroeun said Cambodia has benefited from China which tops foreign investments and foreign tourist arrivals in the country.
"The support in spirit, equipment and finance from the great friend China in great numbers have made Cambodia progress rapidly," he said.
China held its first joint naval drill with Cambodia in 2016 and Phnom Penh suspended joint military exercises with the United States indefinitely a year later saying it was too busy holding elections.
The exercise comes ahead of a July general election that Prime Minister Hun Sen, with backing from China, looks set to win easily after the main opposition Cambodia National Rescue Party (CNRP) was dissolved by the Supreme Court last November at his government's request.
The opposition ban prompted the United States, the European Union and others to condemn a crackdown by Hun Sen's ruling Cambodian People's Party (CPP) on critics, including opposition lawmakers and some independent media.
Hun Sen has accused the United States of supporting the CNRP of staging a "colour revolution" to overthrow his government.
Washington has dismissed accusations of American backing for an alleged plot by the opposition leader Kem Sokha, who faces treason charges he says were intended to stop him contesting the election.
Hun Sen often reminds Cambodians about devastating US bombing that began in the late 1960s and a coup by a US-backed general in 1970. Shortly afterwards, US troops invaded from Vietnam and war engulfed the country, leading to the takeover by the genocidal Khmer Rouge in 1975.
Public opinion towards the United States in generally favourable, however. A 2016 survey showed that 85 percent of Cambodians had a positive view of the US impact on the region.