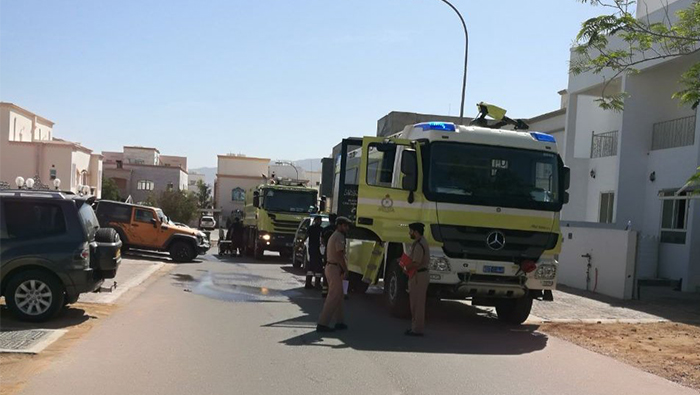 Muscat: A fire started in a house in Al Ansab, in the Wilayat of Bausher, the Public Authority for Civil Defence and Ambulance (PACDA) announced.
However, the fire was brought under control before it could cause major damage.
In a statement online, PACDA said, “The firefighter’s team of the Civil Defence and Ambulance was able to extinguish a fire in a house, in the Al Ansab area of Wilayat Bausher. No injuries were recorded.”