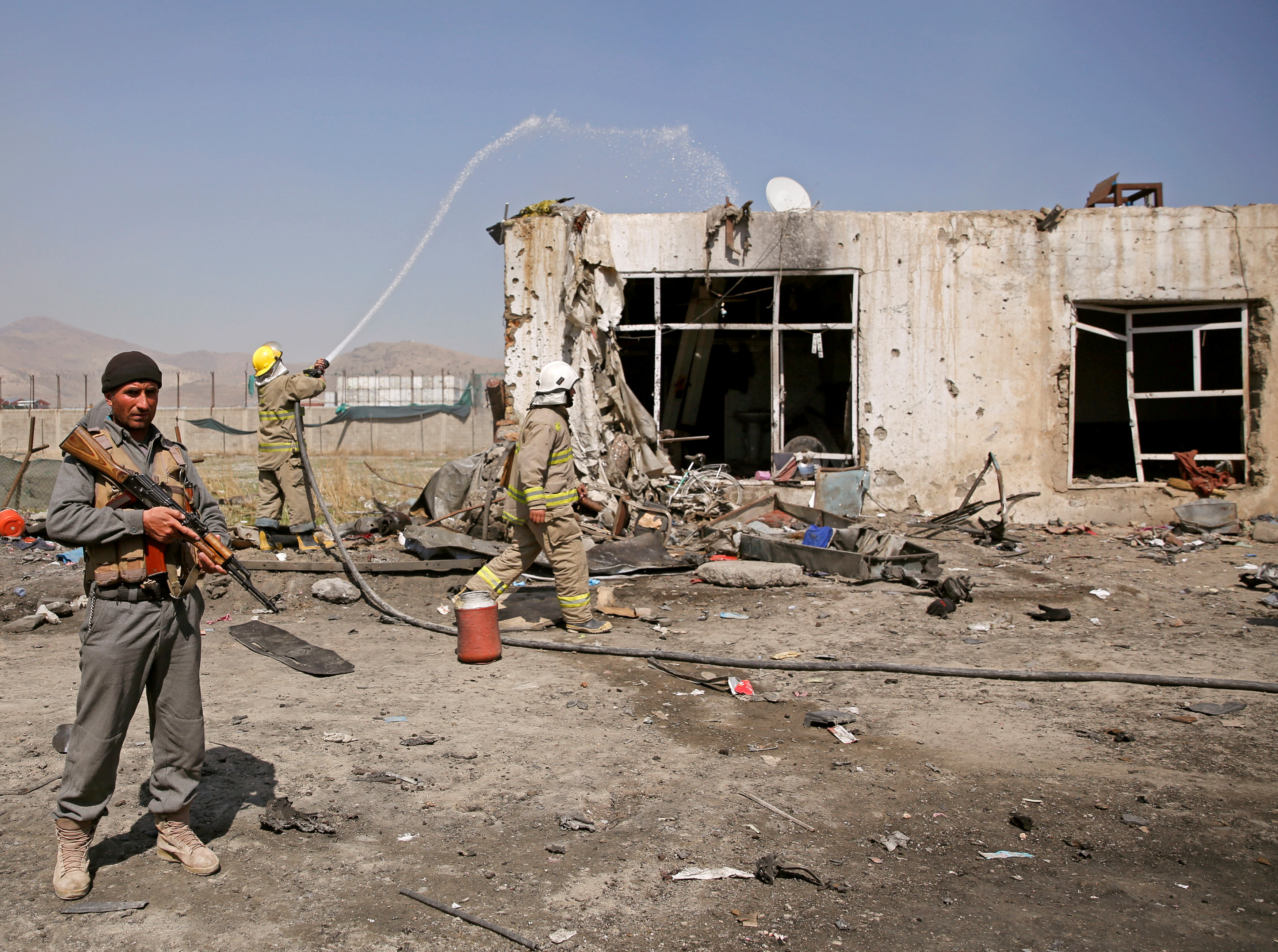 Kabul: A Taliban car bomb killed at least three people and wounded two in the Afghan capital Kabul on Saturday in an apparent attack on a foreign contractor company that came despite a further tightening in security across the city, officials said.
Interior Ministry spokesman Najib Danesh said all those killed and wounded in the explosion were civilians, with no casualties among the contractors.
Witnesses said the true casualty toll was higher and that, like countless other attacks in Kabul, its main victims appeared to ordinary people going about their daily lives.
"All those killed were barbers or shoeshine men. I was horrified when I saw their bodies," said Mohammad Osman, who was nearby when the explosion shattered buildings and said he had seen four or five bodies on the ground.
A Taliban statement claimed responsibility for the attack, which it said targeted "foreign invaders." It said the attack destroyed two foreign vehicles and killed between six and 10 people, but it denied any Afghan civilians were killed.
"More such attacks will be carried out," the statement said.
While the latest blast was not on the scale of others that have killed scores of people recently, the constant stream of attacks in Kabul has undermined confidence in the Western-backed government of President Ashraf Ghani.
Earlier this week, General John Nicholson, the top US commander in Afghanistan, said security in Kabul would be "the main effort" for international powers helping Afghan defence and security forces.
The extra security in Kabul has turned the city centre into a fortified zone of high concrete blast walls, barbed wire and police checkpoints and security forces say they have intercepted numerous attacks before they take place.
However, Saturday's incident underlined the fact that insurgent groups are still able to evade checks and carry out attacks in the city streets.
Ghani has offered peace talks with the Taliban, who have been fighting to drive out foreign forces and re-establish their version of strict Islamic law to Afghanistan, but the movement has so far shown no sign of accepting the offer.