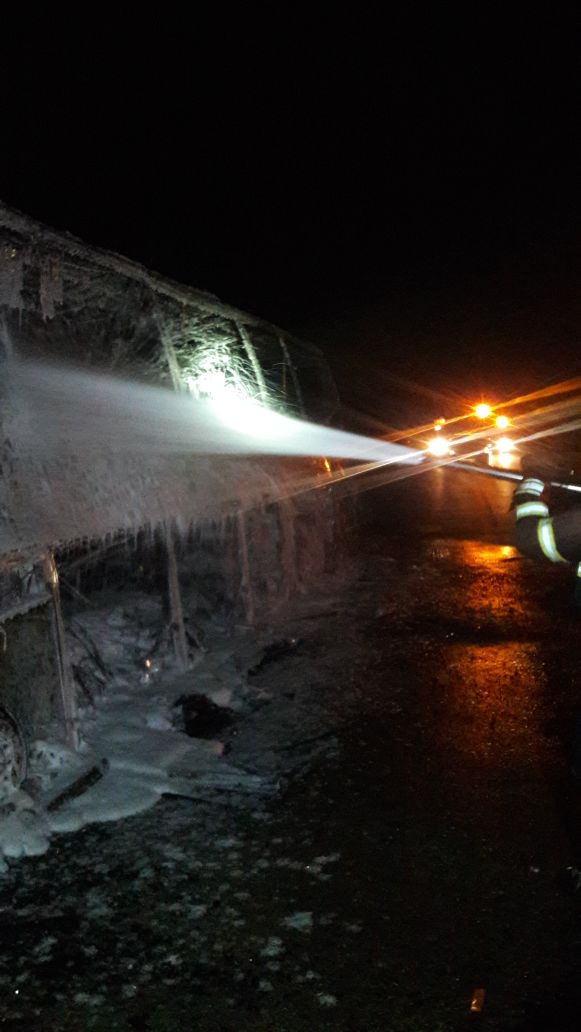 Muscat: Two fires were brought under control by firefighters from the Public Authority for Civil Defence and Ambulance (PACDA).
In the first case, a fire started on a bus in the Wilayat of Haima. According to officials, one person was injured in the incident, but was treated on site.
In the other case, dead and dry branches of a tree caught fire in Sohar, however no injuries were recorded. The first statement by PACDA read, “The firefighter’s team of the Civil Defence and Ambulance Centre managed to control a fire on a transport bus in Al Ghafatin at Wilayat of Haima. The fire resulted in one injury that was dealt with on site.”
In the other statement officials said, “The authorities responded to a report on a fire in Al Multaqa area in the Wilayat of Sohar. We would like to inform you that the fire brigade managed to extinguish the fire without recording any injuries.”