The movers and shakers of social media in Oman 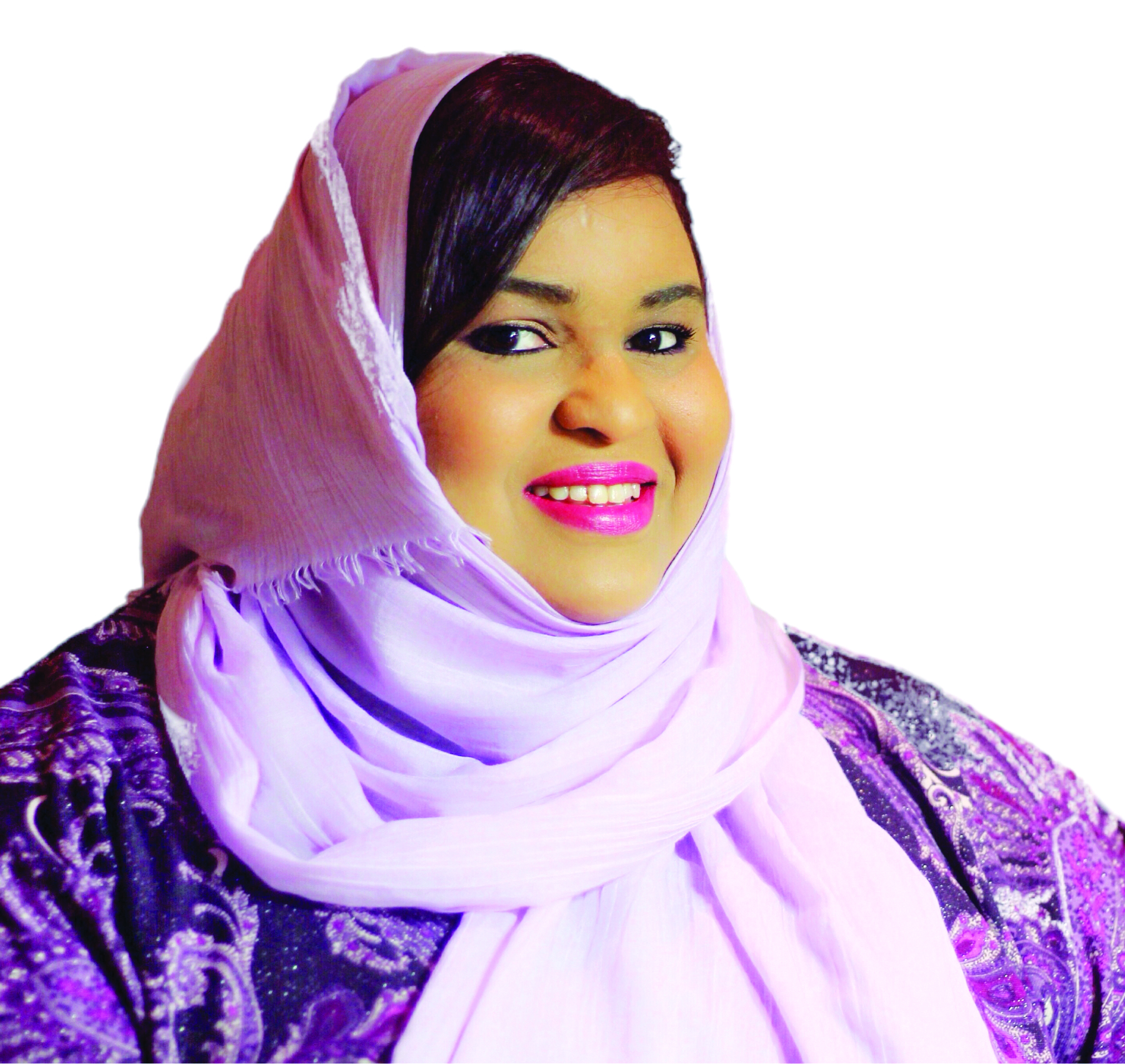 Social media influencing transcends typical marketing by its more human-friendly approach, and in Oman, our influencers are proof that this phenomenon is not going anywhere anytime soon.
We live in an era in which society has become accustomed to new kind of role models, updated celebrities who have emerged from the digital sphere to come into our lives, influencing us with their talent, knowledge, and personality in a variety of ways. In this 21st century, we have become quite attached to some of the social media influencers who contribute in making decisions that are in line with our ideals and values, from beauty products and fashion accessories to new portable devices and diner launches. These folks are the spokespersons of the century, serving interesting material from around the globe.

The social media influencer phenomenon has become widely recognised by agents, agencies, media networks, and brand consultants for its effectiveness and great results. Influencers offer a bit more personal experience, when compared with typical marketing tools. This subtly hooks the follower and inspires him or her to become influenced.

Because of their direct relationship with followers, influencers have become an integral part of our daily life as we dive deep into their lives and take part in their daily rituals and must-dos. As a result, a new marketplace has developed, which focuses on using these digital talents to bring commercial products, as well as non-profit activities to a wider, perfectly targeted demographic, which guarantees great results.

What makes them powerful marketing assets is the fact that they are not campaign-driven. Influencers have the ability and the capability to become brands themselves, owing to their online presence and their content that resonates with followers. Kim Kardashian is the first name that pops into one’s mind when speaking of successful online influencers who went on to become a brand. There are quite a few influencers who are celebrated in the Gulf itself, such as Ascia, a Kuwaiti fashion blogger with over two million dedicated followers, who serves as an edgy, modest style icon in the Middle East.

Here in Oman, we have our fair share of social media influencers, who have slowly grown to form an ecosystem or a community of their own to support and help one another make purchasing and life decisions, and most importantly, to create a sustainable brand. From talented musicians such as Ghazi Al Balushi, known for his raspy vocals and his music platform ‘Just Jams’, to brand ambassadors and fashionistas such as Areej Al Balushi, known for serving unique style and travel tips, radio sensations such as Ghada Al Zadjali and Rumaitha Al Busaidi, the culture of social media influencers is perpetually growing.

Before we meet some of our favourite Omani influencers, let’s quickly define what it means to be one. A social media influencer is simply an individual who has the power to affect the buying decisions of others because of his or her authority, knowledge, position, or relationship with his or her audience. They can also be defined as individuals, who have a following in a particular niche, which they actively engage with, to create trends, and collaborate with brands to achieve marketing or societal objectives. Usually, influencers dedicate their presence to a particular topic in which they are experts.

Now, let’s get right to it and meet four of our favourite influencers in town:

**media[840865]**
Malizy
Malizy whose real name is Mohammed Rashid Al Araimi is a one-of-a-kind person, who exists to bring joy to our hearts and loads of laughter. The young influencer is an actor and social activist, who aims at achieving goals and raising awareness on social issues in a humorous fashion.

He began his social media journey with one goal in mind: to bring happiness to people. As he worked towards making people smile, he became one of the most influential persons in the country, with more than half a million followers on Instagram who laugh out loud while learning along with his posts and videos. His favourite part about being a successful influencer is the love he receives from his dedicated followers.

**media[840867]**
Halima Al Abdul Salam
Halima is an ambitious Omani entrepreneur and lifestyle blogger, who loves adventure and exploring new horizons. She is the winner of Al Mara’a Woman Excellence Award in Social Media in 2015, and Al Mara’a Woman Excellence Awards in SME in 2017. She also founded Oman’s first company to manage social media influencers, called Socialize. Her true passion lies in reviewing films. On her social media account, you will find countless reviews on latest flicks, as well as a variety of lifestyle-inspired topics, including dining. Halima dived into the pool of social media to continue sharing her knowledge. Her online presence began through emails and BlackBerry broadcasts, and today she is a force to reckon with in Oman. “People love what I share. They believe in my opinions and go by my suggestions,” Halima said, adding that social media has made her step out of her comfort zone and into more challenging atmospheres. The most important part of this journey is being appreciative of your fan base. “Being humble to people, especially to your followers because they are a part of your success and part of where you are today, is important,” she concluded. For being part of Khimji Ramdas’ 2018 calendar she thanked them for the wonderful opportunity and for featuring her as one of the social media influencer.

**media[840864]**
Hatim Al Abdissalaam
Hatim is a father of three who graduated from Sunway University in Malaysia in 2003, and is an active member of the Islamic Information Centre for the last 10 years. He is a very active spokesperson on social media, where he focuses on spreading love and training the youth on a variety of topics, such as self-development. On his social media accounts, you’d find a perfect balance in content, ranging from religion to entertainment.

“I got into social media a few years ago, after witnessing the power of social media on people. It made me take advantage of this platform to influence young people and encourage them towards goodness. I was encouraged to enter this field after I noticed that there were a few influencers out there who really had a message or content that served a higher cause,” Hatim said.

“Being with Eshraqa is something that I feel so close to my heart, I am glad to be part of the welfare initiatives,” he said. He is also a motivational speaker and a TV and radio host, with more than 10 programmes under his belt. He does live social media sessions, where he teaches the youngsters of Oman valuable lessons for free.

**media[840866]**
Issam Al Zadjali
Issam is a multi-talented actor, director, writer, scriptwriter, and overall gentleman who’s currently the CEO of Al Quds Centre for art production. He began his social media adventure after realising that it is a fundamental part of working in media. He was encouraged by his friends to register new accounts and be part of the digital age. Soon after, his accounts across all social media platforms swarmed with followers who truly enjoyed what he was putting out. On his social media, you’ll get to explore his thoughts on a variety of trending topics, and get acquainted with his ideas and knowledge. He also loves to initiate debates that result in an interesting yet informative interaction. “My favourite part is how interactions take place,” said Issam. “But the bad side of it is when people misunderstand my posts, or comment negatively, but that is not so bad with me, thank God,” he added. Issam has major plans in the pipeline. He’s going to write more shows and play, and dive into bigger acting challenges and large productions and said that he felt honoured to be part of the KR calendar 2018 initiative.

In celebration of Oman’s social media influencers, a large number of notable personalities graced the Khimji Ramdas’ Eshraqa 2018 Calendar. They include Fahmi Al Mawaali, Maha Al Balushi, Saif Al Foori, Halima Al Abul Salam, Mohammed Al Araimi, Ashwaq Al Maskery, Rumaitha Al Busaidi, Ghazi Al Balushi, Mohammed Al Noufali, Madiha Al Sulimani, Issam Al Zadjali, Ghada Al Zadjali, and Hatim Al Abdissalaam. Nailesh Khimji, Director of Khimji Ramdas, during the launch of the calendar, had said: “The calendar showcases these achievers so that they shine as inspiring role models for youth and young professionals.” Rajive Ahuja, Head of Corporate Communications & CSR at Khimji Ramdas added:“The reason we chose social media as the theme for this year’s calendar is because you are able to bond and connect with people based on the trust and inspiration you build with them.”