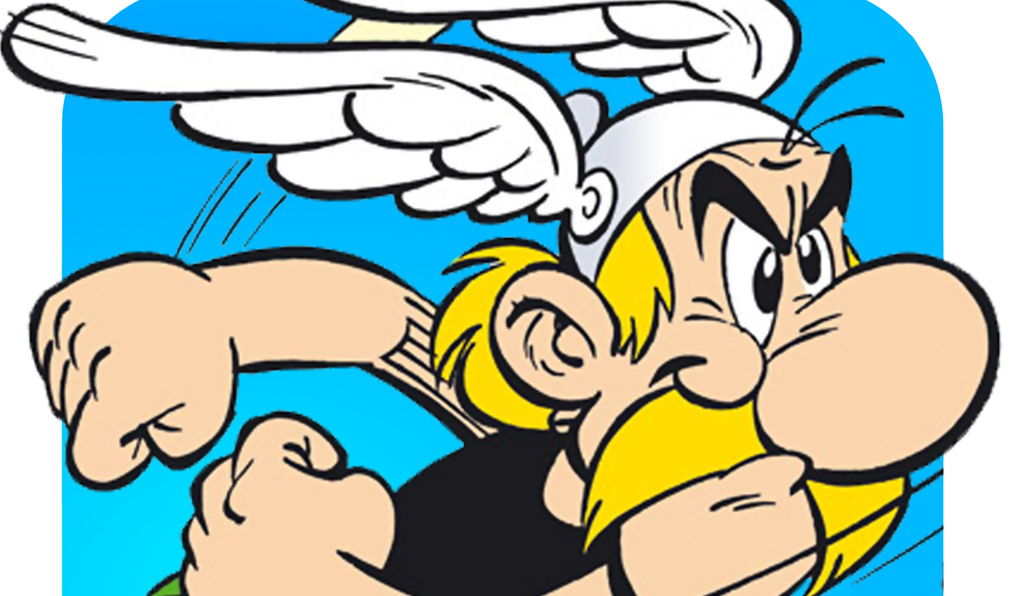 The amazing magic of Asterix was that everyone was able to connect with it. The Gaulish creation of French duo Rene Goscinny and Albert Uderzo was nothing short of genius. While their brilliant comics are now available to read on iPads, laptops, and mobile phones and have been released in the form of equally popular movies and cartoons, the latest edition of Asterix comes in the form of a game that is as smart and funny, as it is simple.

Released for Android and Apple phones, Asterix: Megaslap takes us back to the world of France (or Gaul) in 50BC. The objective of the game is simple: a trembling legionary stands before Asterix, who has just taken an almighty swig of magic potion, that amazing concoction that gives our heroes and their friends the legendary superhuman strength that has managed to keep Roman Emperor Julius Caesar and his legions at bay.

Users move their finger in a circular fashion to power-up a bar that decides how far Asterix will send the legionary flying, before descending back to earth. As the legionary skyrockets towards the stars, he might want to look out for the heavens: Jupiter and other Roman deities dominate the skies and our unfortunate legionary might just barrel right into them, causing him to hurtle downward with increasing speed. The greater the speed of his descent, the higher the distance he bounces back.

During his skyward journey, it is possible for him to come across collectible cards that contain brief insights into some of Asterix’s most memorable characters. These range from many of the comic’s loveable villagers, such as his best friend Obelix, to notable Romans such as Julius Caesar himself. These cards can be swapped with your friends over Facebook, should they play the game, but all the fun in the game doesn’t just take place in the sky. Asterix: Megaslap features a myriad number of well drawn-out terrains, such as meadows, forests, Roman encampments, towns, the sea, and even the Egyptian desert.

As the legionary bounces off these terrains, he may come across plundering Normans, wary Pirates, slack-jawed Romans, and even an Egyptian camel or two. Colliding with them doesn’t just lift the legionary high into the air, it also gives you a small coin bonus that can be used to purchase power-ups. Players can then summon divine lightning bolts and fling Obelix’s menhirs at the legionary to send him back to earth or use an early version of a self-propelled helicopter, or an owl, which teaches him to fly, to make sure he stays at a higher level.

Other power-ups, such as Roman statues, Norse skulls, and wild boars — a Gaulish favourite — increase the number of Romans, Normans, and Gauls on the ground, providing greater opportunities to earn coins.

The best power-ups, though, would have to be those that allow you to summon Dogmatix, who quickly scurries forward to bite the hapless Roman, should he choose not to take to the skies after landing on earth, or failing that, a snorting, grunting Spanish bull. If one doesn’t do the trick, the other surely will.

Asterix: Megaslap is a game that’s left plenty of gamers in hilarious stitches. A great way to entertain you and your friends, it is a brilliant weekend download.

The Short and Skinny
Name: Asterix: Megaslap
Genre: Action/Platform/Arcade
Producers: Bulkypix
What it’s about: Our favourite Gaulish warrior Asterix has one very simple job in this new game based on Goscinny and Uderzo’s classic—to throw a Roman legionary as far as he can. Will you help him?
Platforms: iPhone, Android, iPad, and similar devices
Where to buy: Apple Store, Android Store, Google Store
Google Store Rating: 4.2/5