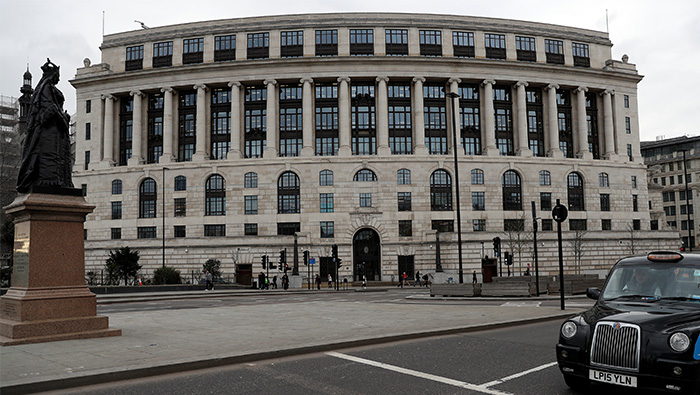 London: Britain's third biggest company Unilever will scrap its London corporate headquarters and make Rotterdam its sole legal home in a blow to Prime Minister Theresa May's government almost one year to the day before Brexit.
The maker of Dove soap and Ben & Jerry's ice cream launched a review of its dual-headed structure in 2017 after fighting off a $143 billion takeover from Kraft Heinz, triggering a battle between Britain and the Netherlands.
Unilever said the choice to end 88 years of operating with two parent companies was not linked to Brexit or protectionism, but would simplify its structure, improve its corporate governance and help enable takeover deals.
Forged by the 1930 merger of the Dutch margarine producer Margarine Unie and the British soap maker Lever Brothers, Unilever said its 7,300 staff in the United Kingdom would be unaffected and it will continue to be listed in London, Amsterdam and New York.
"This is not about Brexit," Chief Executive Paul Polman said. "Unilever is in 190 countries in the world. Most of these countries are not in the European Union."
Unilever was forced to rethink its structure after it had to fight off one of the biggest takeovers ever proposed in 2017. Unilever swiftly rejected the offer and Kraft walked away in a matter of days but the incident was enough to force the company to pledge to improve its operations.
Chief Executive Polman had used the incident to argue that British companies should have stronger tools to fight off takeovers.
Some analysts point out that Dutch takeover law is more protective and speculate that a Dutch-headquartered Unilever could more easily fend off unwelcome suitors in the future.
Not about Brexit
As part of the restructuring, Unilever will create three divisions with Beauty & Personal Care and the Home Care units being headquartered in London. The Foods & Refreshment division will be based in Rotterdam.
"This secures nearly 1 billion pounds per year of continued spend in the UK, including a significant commitment to R&D," it said.
Finance Director Graeme Pitkethly told Reuters that its continued inclusion in the FTSE 100 Index was still to be determined because it had not yet engaged with the index providers.
Unilever's shares could be hit if it was no longer in the FTSE Index because tracker funds would be forced to sell.
Unilever had held talks with the governments of both countries in the run-up to its decision and the move will be seen as a blow to Prime Minister May who is locked in talks with Brussels over the country's departure from the EU on March 29, 2019.
In recent months, speculation had grown that Unilever would choose the Netherlands after Dutch Prime Minister Mark Rutte, himself a Unilever veteran, proposed a tax change seen as benefiting Anglo-Dutch multinationals.
The British government said however it welcomed Unilever's long-term commitment to Britain and the protection of jobs.
"Its decision to transfer a small number of jobs to a corporate HQ in the Netherlands is part of a long-term restructuring of the company and is not connected to the UK's departure from the EU," a government spokesman said.