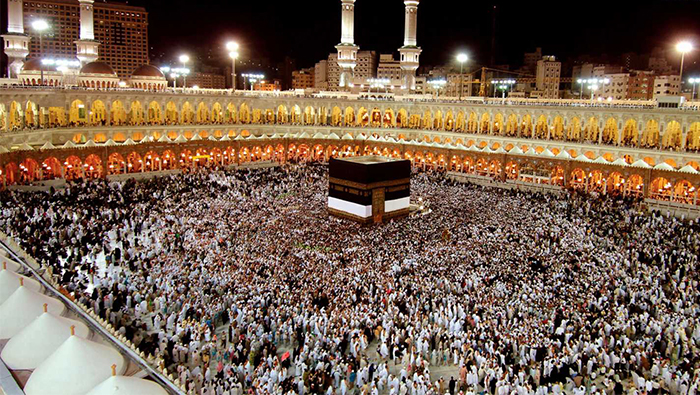 Muscat: The Ministry of Endowments and Religious Affairs organised the annual meeting with owners of Haj travel companies, in a bid to introduce the latest developments in the season, as well as with the procedures and organisational work mechanisms issued by the Ministry, along with the competent authorities of Haj affairs in the Kingdom of Saudi Arabia.
Director General of Preaching and Guidance, Sheikh Sultan bin Said Al Hinai, delivered a presentation on Haj indicators for the last season, 1438 AH.
He gave a second presentation on the latest procedural and organisational updates of Haj and presented the details of the financial fees and costs of services which Haj companies are responsible to pay to competent authorities in the Kingdom of Saudi Arabia. He stressed the importance for the companies in complying with these developments, and to prepare a service brochure in accordance with them, as well as to adhere to the notices and announcements related to services for pilgrims.
Sheikh Sultan pointed out that Haj companies may not register pilgrims, as this must be done through the channels specified in the announcement. He concluded the meeting by opening the field for discussion, thanking the owners of the companies for their good efforts to serve pilgrims. It is worth mentioning that registration for the pilgrims of the Sultanate of Oman for this year will be opened through the electronic registration system at the website www.hajj.om as of Tuesday, March 13, and continues till Monday, March 26.