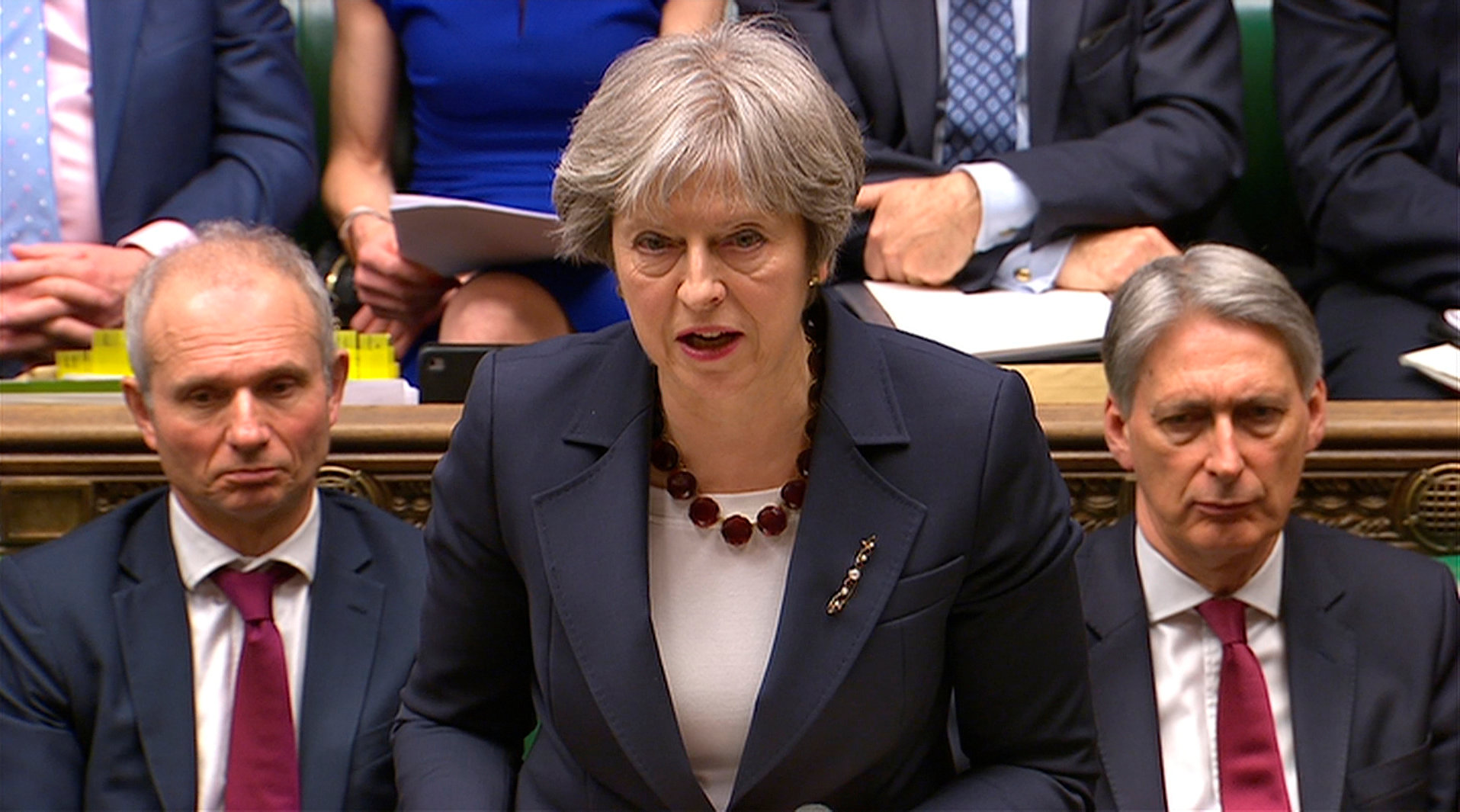 London: Britain will expel 23 Russian diplomats in response to a nerve toxin attack on a Russian ex-spy in southern England, Prime Minister Theresa May said on Wednesday, describing the attack as an unlawful use of force by Russia against the United Kingdom.
May said Britain would also introduce new measures to strengthen defences against hostile state activities, freeze Russian state assets wherever there was evidence of a threat and downgrade its attendance at the soccer World Cup in Russia this summer.
Russia, which denies any involvement in the attack, called the measures announced by May "unacceptable, unjustified and shortsighted" and warned Britain to expect retaliation. Unlike when the United States and European Union imposed sanctions on Russia in response to its annexation of Crimea and other actions in Ukraine, May did not name Russian individuals or companies that would be specifically targeted by sanctions.
Former double agent Sergei Skripal, 66, and his daughter Yulia, 33, were found unconscious on a bench in the genteel city of Salisbury on March 4 and remain in hospital in a critical condition.
A police officer was also harmed and remains in a serious condition. Skripal betrayed dozens of Russian agents to Britain before being arrested in Moscow and later jailed in 2006. He was freed under a spy swap deal in 2010 and took refuge in Britain.
May has said the Skripals were attacked with Novichok, a Soviet-era military-grade nerve agent. She had asked Moscow to explain whether it was responsible for the attack or had lost control of stocks of the highly dangerous substance.
"Their response demonstrated complete disdain for the gravity of these events," May said in a statement to parliament. "They have treated the use of a military-grade nerve agent in Europe with sarcasm, contempt and defiance.
"There is no alternative conclusion, other than that the Russian state was culpable for the attempted murder of Mr Skripal and his daughter, and for threatening the lives of other British citizens in Salisbury, including Detective Sergeant Nick Bailey. "This represents an unlawful use of force by the Russian state against the United Kingdom."
May said the expulsion of the 23 diplomats, identified as undeclared intelligence officers, was the biggest single expulsion for over 30 years and would degrade Russian intelligence capabilities in Britain for years to come.
The expelled Russian diplomats have one week to leave Britain, May said, before listing other measures. "We will freeze Russian state assets wherever we have the evidence that they may be used to threaten the life or property of UK nationals or residents," she said. She also said new legislative proposals would be urgently developed to counter any threat from a hostile state.
"This will include the addition of a targeted power to detain those suspected of hostile state activity at the UK border," May said. British authorities would make use of existing powers to enhance efforts to monitor and track the intentions of those travelling to the UK who could be engaged in activities that represented a security threat. "We will increase checks on private flights, customs and freight," she said.
She also threatened action against those she described as "serious criminals and corrupt elites," adding: "There is no place for these people, or their money, in our country."
May said Britain would revoke an invitation to Russian Foreign Minister Sergei Lavrov to visit the country and suspend all planned high level bilateral contacts between London and Moscow.
On the soccer World Cup, she said no ministers or members of the British royal family would attend. May said Britain was not alone in confronting Russian aggression, saying that she had discussed the Salisbury attack with US President Donald Trump, German Chancellor Angela Merkel and French President Emmanuel Macron.
Donald Tusk, European Union council president, earlier voiced support for Britain and stood ready to put the attack on the agenda of a council meeting next week. Britain asked for an urgent meeting of the United Nations Security Council to update members on the attack.
Like Britain, Russia is a permanent member of the Security Council. May also said London had notified the Organisation for the Prohibition of Chemical Weapons about the use of the nerve agent. "We are working with the police to enable the OPCW to independently verify our analysis," she said.