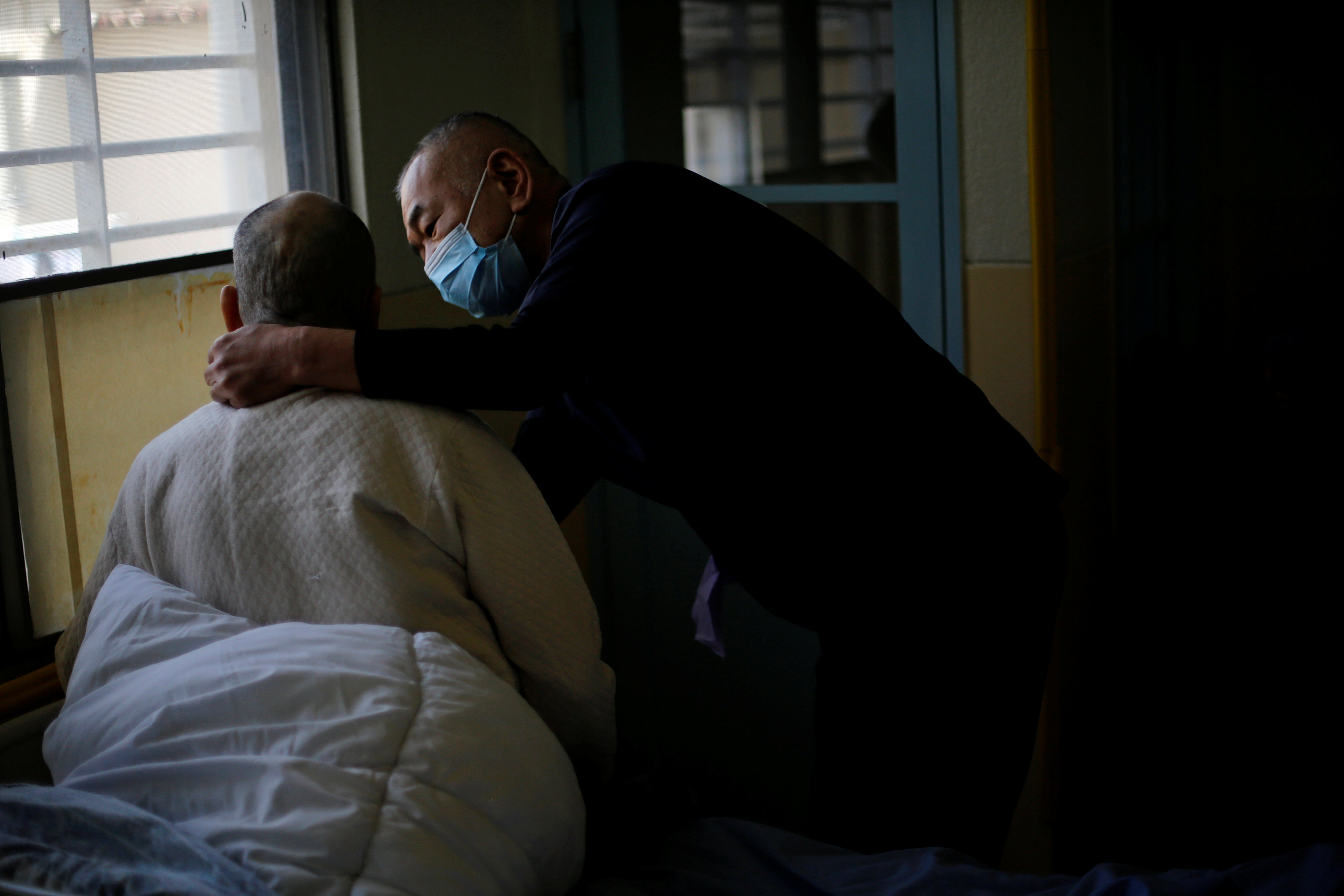 Tokushima (Japan): A gaunt, 92-year-old man in a wheelchair sunbathes in a narrow courtyard, motionless, his eyes closed. Nearby, a few dozen other elderly men with short grey hair exercise slowly as an instructor gently calls out, "Don't strain yourselves."
The man in the wheelchair is not in a nursing home.
He is in prison, serving a life sentence for murder and rape. The others nearby are serving time for serious crimes too, including murder.
Their prison, in Tokushima, 520 km (325 miles) west of Tokyo, converted a building to house elderly inmates, putting itself at the forefront of an effort to cope with Japan's greying prisoner population.
The number of prisoners aged 60 or older has risen 7 per cent from a decade ago to 9,308, and made up 19 per cent of the entire prison population in Japan in 2016. That compares with only 6 per cent of that age bracket in the United States, and about 11 per cent in South Korea.
A sizeable chunk of elderly inmates are repeat offenders, which experts say reflects the difficulties of finding jobs after release and coping with the uncertainty freedom brings.
"I have a heart condition and used to collapse often at the (prison) factory," said an 81-year-old inmate at Tokushima, imprisoned for life for killing a taxi driver and injuring another person six decades ago. Prison rules forbid publishing his name.
He and about two dozen other prisoners live, eat and work in the special building set aside for elderly prisoners who cannot do regular work such as making shoes and underwear.
In a rare look inside a Japanese prison, Reuters visited the Tokushima facility and interviewed inmates who spend most of their days in large cells that sleep four or five, engaged in paper-folding projects and other light tasks.
Workers chop up noodles and other foods for those who have difficulty chewing and swallowing. The prison also employs a caregiver trained in working with the elderly for those in its hospital ward, including the 92-year-old man serving a life sentence.
Despite his life sentence, the 81-year-old has been released twice on parole, but wound up back in prison after being caught drinking alcohol, a parole violation. He hopes he will be paroled again so he can see his 103-year-old mother.
"I want to get out of the prison while she's still alive," he said. "That's all I want."
The Ministry of Justice said it didn't have information on what changes prisons have made to adapt to elderly prisoners, as such decisions are up to each facility.
Calls to 13 of Japan's major prisons showed that none of the others has a separate facility where aged prisoners are allowed to sleep and work in their cells, instead of marching every morning to a prison factory. But many have taken steps.
When the prison in Takamatsu, a city in western Japan, built a new three-story building in 2010, for example, it set aside the first floor for elderly prisoners. There is no difference in the floor level between cells and hallways, to assist inmates with impaired mobility.
The Tokushima prison tries to ensure that ageing prisoners stay healthy without making conditions too comfortable, said Kenji Yamaguchi, the treatment director there.
Talking is forbidden during working hours, cells have no air conditioning, and prisoners can only bathe twice a week in winter and three times a week in summer.
"As they await their eventual release, we also want to see them leave in good health," Yamaguchi said. "Some may think we are cutting them too much slack. But their freedom is still restricted considerably. It's not exactly a comfortable life."
But returning to life "on the outside" can be tough for older men.
About a quarter of inmates 65 and older end up back in prison within two years, the highest of any age group, according to government data tracking those released in 2015.
"If you are young, you can find a job and have a chance to lead a normal life," said Yasuyuki Deguchi, a professor at Tokyo Future University. "The lack of employment opportunities combined with labelling as an ex-convict makes reintegration difficult for the elderly."
Of those jailed in 2016, 36 per cent of those older than 60 were in prison for at least the sixth time, far higher than the 16 per cent for all prisoners incarcerated that year. The next biggest group is first-time offenders, who accounted for 29 per cent of prisoners 60 and older.
Police data in South Korea show that about 15 per cent of those aged 65 or older who committed a crime in 2016 had been convicted at least five times already.
A 71-year-old ex-prisoner who was in jail seven times for theft and fraud said a lack of jobs and shelter drove him to back to crime.
"There are few jobs once you've passed 65. As long as you've got a job and a place to live in, you can get by. Without them, you turn to shoplifting and stealing just to put food in your mouth," he said.
"I personally know people who willingly go back to prison," said the man, who is staying at a halfway house in Tokyo after being released from prison in October. "As long as you are in prison, you get meals and a room."
Seven and a half years through a 13-year sentence for murder, a man in his early 70s in the Tokushima prison said he was already bracing for the day he gets out.
"To be honest, I feel nothing but anxiety," he said. "I have misgivings and concerns that it's going to be difficult adaptation to the outside world. I don't even know anything about smart phones.
"I must try not to think that I could be better off staying here."