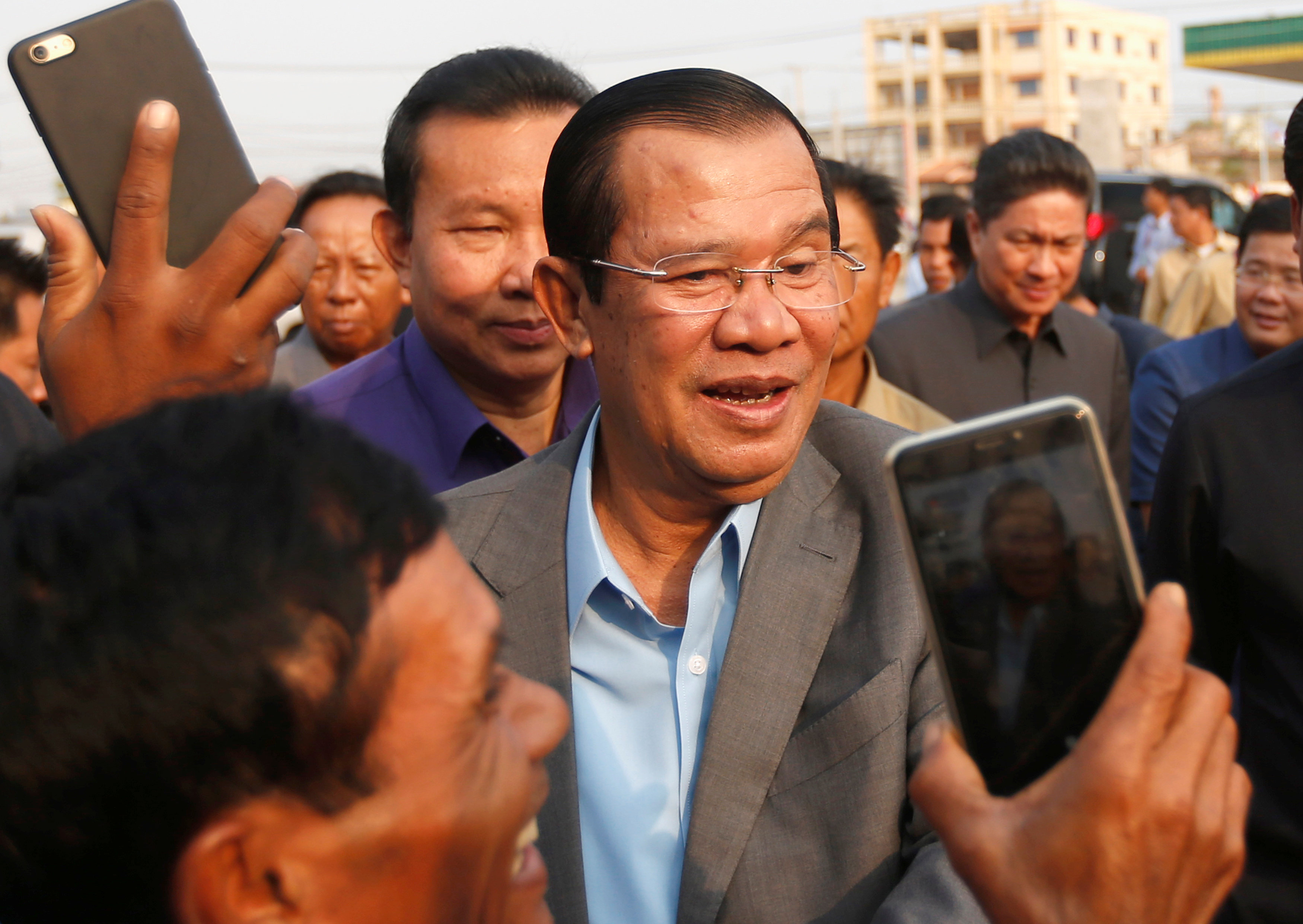 Phnom Penh: A UN human rights envoy urged Cambodia on Wednesday to drop a ban on the country's main opposition party so it can take part in a July general election.
Cambodia's Supreme Court dissolved the opposition Cambodia National Rescue Party (CNRP) in November and banned more than 100 of its politicians in a ruling that was widely condemned by the international community.
Rhona Smith, UN Special Rapporteur on human rights in Cambodia, said the CNRP ban had denied Cambodians the right to take part in the vote through their chosen representatives.
"I repeat my call on the government to restore the space for any Cambodians to exercise the right to stand for election without fear or intimidation," Smith told a news conference.
"I also call for an urgent reconsideration of the blanket ban on 118 political actors," she added, referring to the banned lawmakers and senior members of the CNRP.
The CNRP was dissolved at the request of veteran Prime Minister Hun Sen's government, which accused the party of plotting to take power with the help of the United States. The CNRP and the United States embassy in Cambodia denied that.
The dissolution of the CNRP followed the arrest of its leader, Kem Sokha, who was also accused of plotting to take power with US help.
Kem Sokha said the charge was levelled against him because of the threat the opposition posed at the July elections.
Cambodia's last election, in 2013, marked Hun Sen's toughest challenge in three decades of rule. His party won but with a greatly reduced majority while the CNRP made big gains, despite what it said was widespread cheating.
Western countries have criticized Hun Sen over the CNRP's dissolution and the arrest of Kem Sokha ahead of the general election and some have taken steps against the government.
The United States has imposed visa sanctions on high-ranking government officials while the EU announced in December it would suspend funding for the election.
Hun Sen's government and its allies have targeted non-government organisations, opposition lawmakers and some independent media in the crackdown.
Smith urged authorities to provide an "even playing field" to other smaller parties in the vote.
A spokesman for Hun Sen's ruling Cambodian People's Party (CPP), responding to Smith's remarks, said the opposition party was "dead".