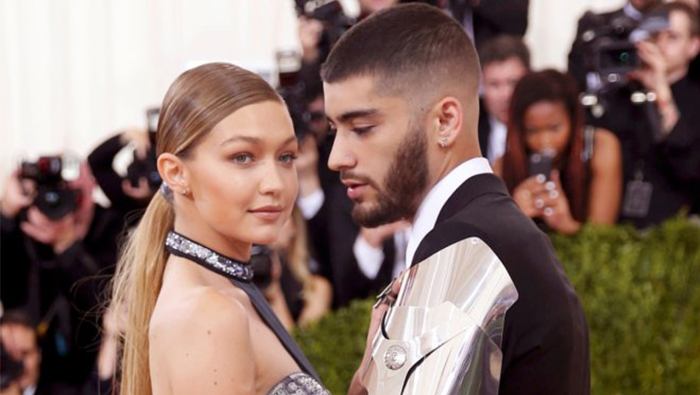 Los Angeles: Celebrity couple Zayn Malik and supermodel Gigi Hadid on Tuesday announced they had split up after two years of dating, with both posting statements of mutual love and respect.
Malik, a former member of British boy band One Direction, and Hadid, a model for Victoria's Secret, Fendi and Tommy Hilfiger, gave no reason for the split.
Malik, 25, said in a Twitter statement that he and Hadid "had an incredibly meaningful, loving and fun relationship" and that he had huge admiration for her "as a woman and a friend".
Hadid, 22, said in her own Twitter posting that breakup statements "often seem impersonal".
She wished Malik the best for the future, saying "I'm forever grateful for the love, time and life lessons that Z and I shared."
The two started dating in late 2015 and became one of the most sought-after celebrity couples after they appeared together in Malik's romantic "Pillowtalk" music video in January 2016.
They went public with their relationship by appearing together at the Met Gala in May 2016 and were photographed together on the August 2017 cover of Vogue magazine.