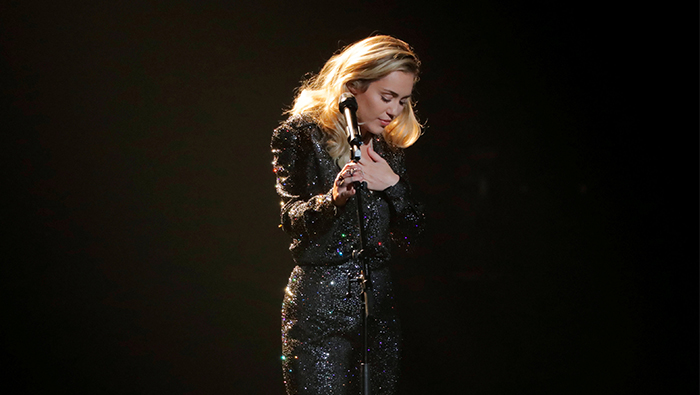 New York: Miley Cyrus was sued for $300 million on Tuesday by a Jamaican songwriter who said the pop singer's 2013 smash "We Can't Stop" closely resembles a song he recorded 25 years earlier, and that she is infringing his copyright.
Michael May, who performs as Flourgon, said his 1988 song "We Run Things" has been "a favourite for lovers of reggae music worldwide" since reaching No. 1 in his home country, and that about 50 per cent of "We Can't Stop" comes from him.
He accused Cyrus and her label RCA Records, owned by Sony Corp, of misappropriating his material, including the phrase "We run things. Things no run we," which she sings as "We run things. Things don't run we."
Representatives for Cyrus, 25, did not immediately respond to requests for comment. A spokeswoman for Sony did not immediately respond to a similar request.
May said he sought to protect his work last year with the U.S. Copyright Office, and in November won "formal copyright protection" for all musical arrangements in "We Run Things".
He said Cyrus' song "owes the basis of its chart-topping popularity to and its highly-lucrative success to plaintiff May's protected, unique, creative and original content."
The Kingston, Jamaica resident is also seeking a halt to further sales and performances of "We Can't Stop," according to his complaint filed with the U.S. District Court in Manhattan.
While the complaint did not specify damages, May's lawyers in a press statement described it as a $300 million case.
"We Can't Stop," from Cyrus' album "Bangerz", peaked at No. 2 on the Billboard Hot 100 in August 2013.
It was kept from the top by Robin Thicke's "Blurred Lines," itself the subject of a high-profile copyright case over its resemblance to a 1977 Marvin Gaye song.