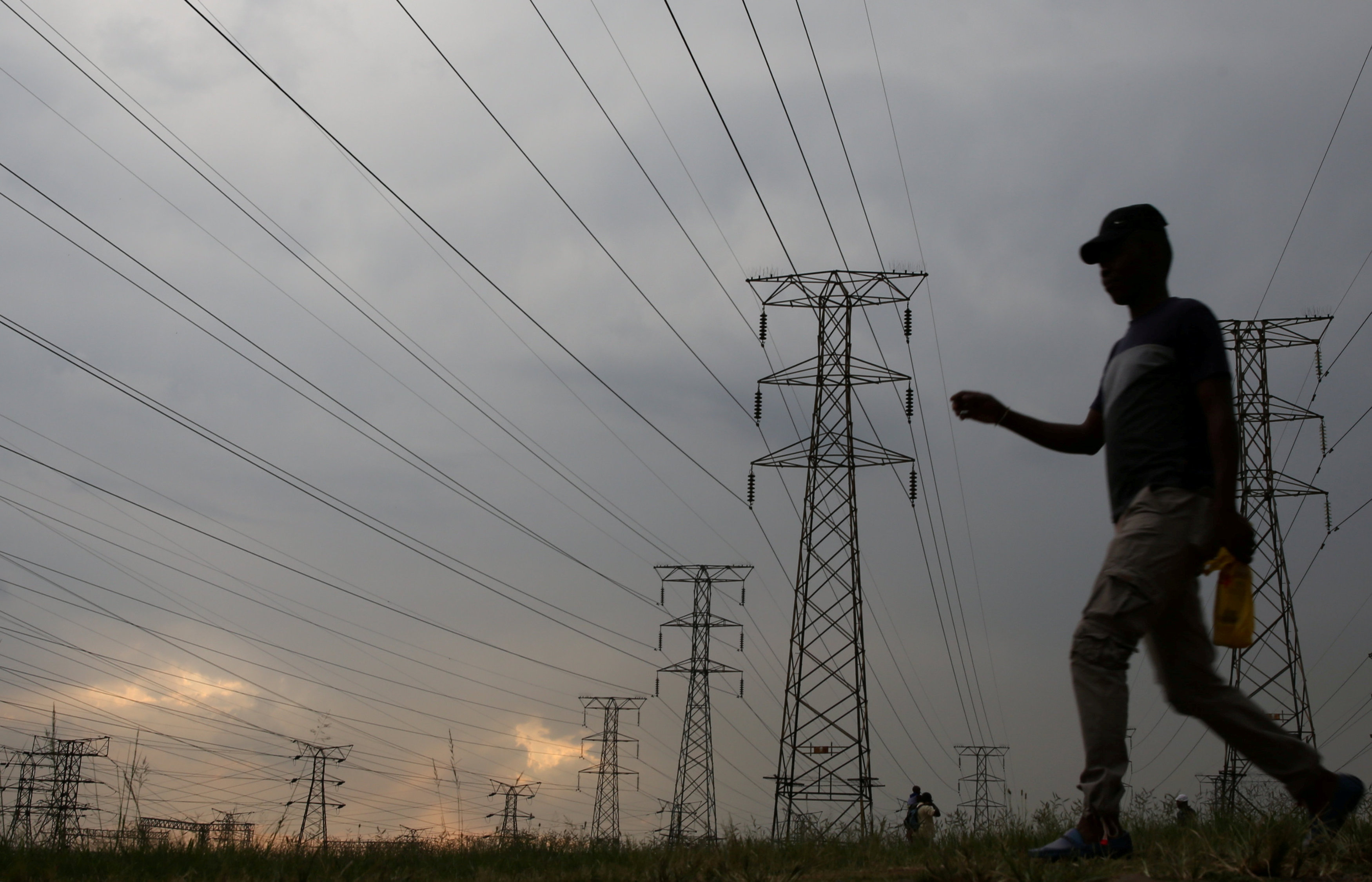 Johannesburg: South African President Cyril Ramaphosa was dealt a political blow on Tuesday, after a last-minute legal challenge by a group loyal to ousted leader Jacob Zuma blocked the signing of $4.7 billion in renewable energy deals.
The North Gauteng High Court agreed to hold a full hearing on the challenge on March 27 after the National Union of Metalworkers (NUMSA) and Transform RSA, a group which has lobbied for Zuma in the past, on Monday argued the deals would lead to coal-sector job losses and should be scrapped.
State power utility Eskom was due to sign 27 mostly wind power and solar deals with independent power producers (IPPs), in the first major investment deal since Ramaphosa replaced Zuma last month.
"We are confident that the court will recognise that our rights have been violated," NUMSA said.
The projects were delayed for two years under Zuma as he pursued a much-criticised $100 billion nuclear power plan.
Ramaphosa, a wealthy businessman, has made revamping the economy a top priority. But many investors are concerned about his ability to push through reforms given deep divisions in the ruling African National Congress (ANC).
Zuma reluctantly resigned last month under sustained pressure from sections of the ANC but his allies remain in high-level roles in the party and are opposed to Ramaphosa.
"Given our history, it is natural that you suspect ulterior political motives in the court application," said Dominic Wills, a director at Sola Future Energy, one of the energy companies involved in the deals.
Transform RSA, which wrote a letter to the ANC leadership in January saying removing Zuma would put the country in "jeopardy", denied it was motivated by political ends.
"Transform RSA is a non-profit, grassroots lobby organisation," the group's president Adil Nchabeleng told Reuters.
"We are opposed to the prohibitive cost of the IPP contracts."
The energy ministry said in a statement it decided not to sign the contracts until after the court ruling and reaffirmed its commitment to expanding green energy programmes.
Some investors remained positive.
"I'm still fairly optimistic these deals will be signed. When you look at the cold, hard facts about our economy, these are the sort of deals that need to be done," Wills said.
NUMSA and Transform RSA argue that a switch to renewable energy would increase electricity costs for poor South Africans.
Energy analyst Chris Yelland, however, said the cost of renewable energy had fallen significantly and it was now cheaper than new coal and nuclear projects.
South Africa relies on coal-fired plants for more than 80 per cent of its electricity generation, while renewables contribute around 7 per cent. Eskom is one of the world's largest producers of greenhouse gases.
"Ultimately this application is futile and economic sense will prevail. South Africa must transform from a dirty energy economy to a cleaner energy economy," Yelland said.
South Africa's renewable power programme was the fastest-growing in the world seven years ago, attracting $15 billion of investment into wind farms and solar projects involving a cluster of new IPPs backed by foreign investment.
Over the past two years Eskom stopped signing renewable energy contracts and focused instead on a plan to build a fleet of nuclear power plants, in a deal that some members of the ANC and rights groups said would be open to corruption.
Eskom's former board is being investigated by parliament over allegations it siphoned off state funds to companies controlled by the Gupta family, businessmen friends of Zuma. Zuma and the Guptas deny any wrongdoing.