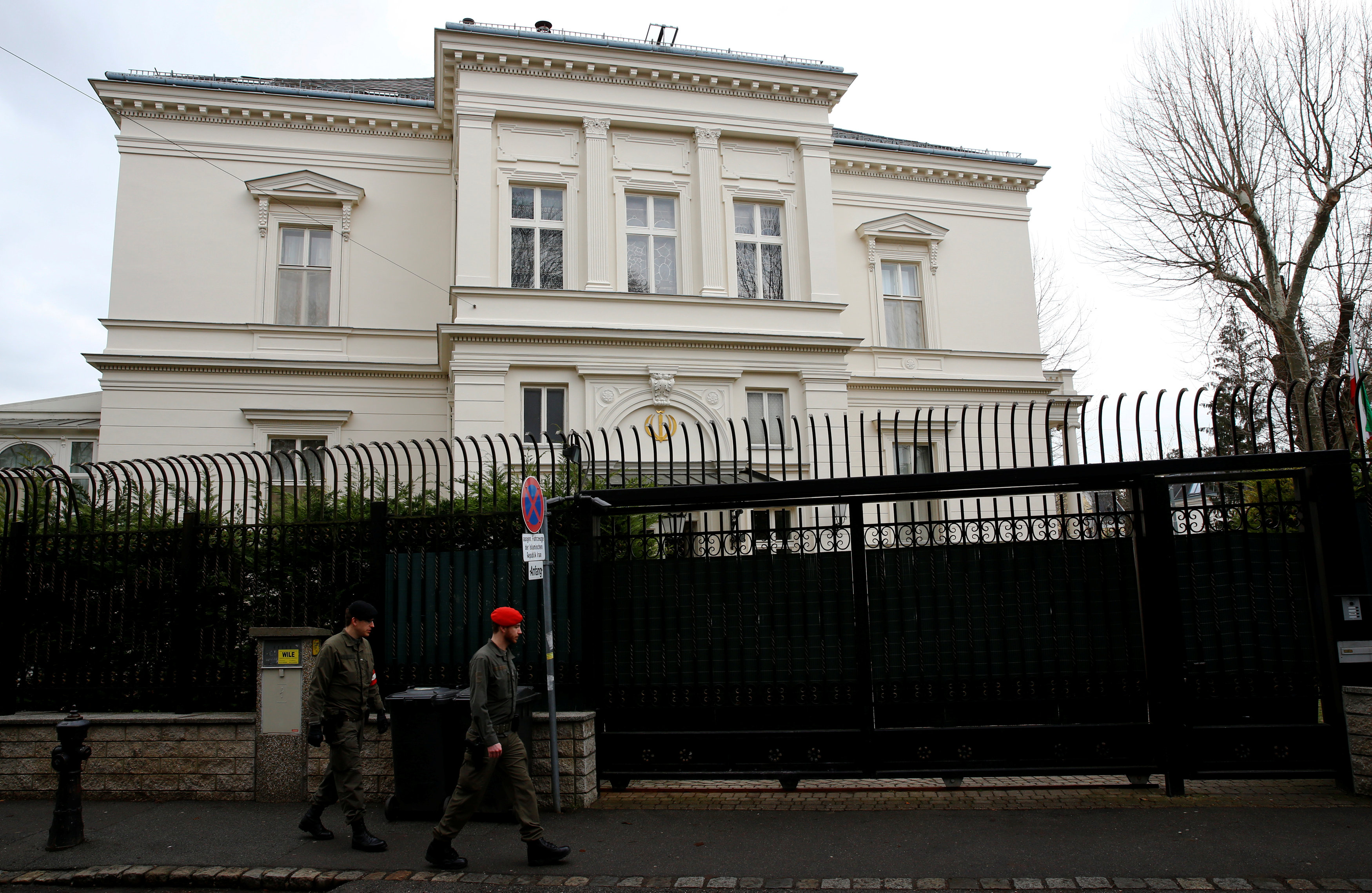 Vienna: The man who stabbed a soldier outside the residence of the Iranian ambassador to Austria sympathised with radical ideology but it is too early to say what his motive was, the Interior Ministry said on Tuesday.
The 26-year-old attacker in Sunday's stabbing was an Austrian of Egyptian origin. He was shot dead by the soldier who was stationed outside the residence in a Vienna suburb. The soldier was injured but not seriously.
The attacker's home was searched and his online activity was being reviewed, Director General of Public Security Michaela Kardeis told a joint news conference with Interior Minister Herbert Kickl.
"All that can be established is that he clearly had sympathy for political Islam," Kardeis said, later making clear that she was referring to forms of radical ideology.
Vienna has so far been spared deadly militant attacks like the ones in Paris, Brussels and Berlin in recent years. Although only the assailant was killed in this attack, a connection with radical ideology would be a concern for Austrian officials.
"I therefore deliberately used the term 'sympathise' with political Islam and did not say he was a jihadist, (or) he was radicalised, but this interest and a certain sympathy emerge from.... his interest in surfing (the Internet)," she added.
Militancy has been ruled out as a motive in separate knife attacks carried out in another area of Vienna on Wednesday night. A citizen of Afghanistan was arrested in connection with those attacks, in which four people were seriously injured.