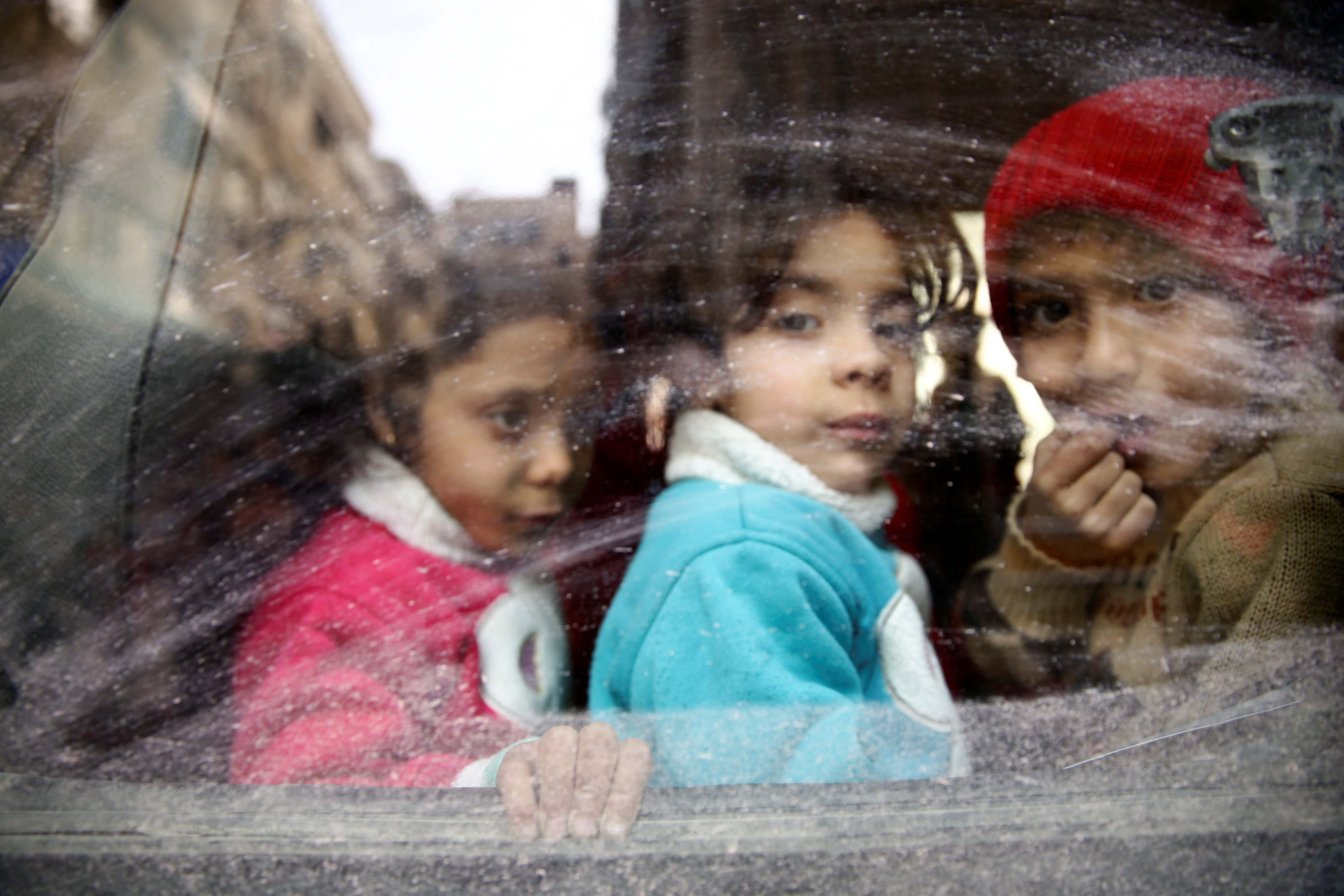 Beirut: Sick and injured civilians left a rebel enclave in Syria's eastern Ghouta on Tuesday under the first medical evacuation since a massive assault began nearly a month ago.
Women carrying infants, men hobbling on crutches and an old man in a wheelchair waited at a school nearby, along with dozens who exited through the Al Wafideen crossing, a witness said.
During the army's offensive, more than 1,100 civilians have died in the last big rebel bastion near the capital, the UN office of humanitarian affairs says.
Syrian government forces have captured swathes of eastern Ghouta, a pocket of satellite towns and farmland, splintering it into three separate zones in recent days.
Yasser Delwan, a political official with the Jaish Al Islam rebel faction, said the patients who left the town of Douma were the first of several batches.
The evacuees come from a list of nearly 1,000 people which UN officials have said need emergency treatment outside, he added. Jaish Al Islam said on Monday it had reached a medical evacuation deal with the Syrian government's key ally, Russia, after indirect talks.
For months, the United Nations has pleaded with authorities to allow the evacuation of hundreds of patients, including children with cancer. The Ghouta enclave is home to nearly 400,000 people, under army siege since 2013 without enough food, water, or medicine, the world body says.
The government assault on eastern Ghouta has become one of the bloodiest offensives of the war, and is on course to deal rebels their biggest defeat since the battle of Aleppo in 2016.
Russia has offered rebels safe passage out with their families if they surrender the territory, echoing deals that saw Damascus take control of major cities across western Syria.
The two main Ghouta factions have vowed to stay and fight, and have denied government allegations that they have blocked residents from leaving.
Hamza Birqdar, Jaish Al Islam's military spokesman, said in a video online that the fighters would continue to defend their territory until the end.
With the Ghouta now split into different parts, Delwan said his rebel faction was in charge only of evacuations from Douma, and not from other towns. If the deal proceeds, hundreds "will all be evacuated in batches for treatment, some in Damascus and some outside of Syria," he told Reuters.
State media said others followed the first group which included about 35 people. They would go to a shelter nearby on the outskirts of the Syrian capital Damascus.
State TV accompanied some of the evacuees and broadcast interviews in which they said insurgents had prevented them from leaving. "We weren't able to come out," one man said. "They are not allowing anyone at all, they attack them and sent them back."
Moscow and Damascus say their forces only target armed militants and seek to stop mortar salvoes by Islamist insurgents that killed dozens of people in the capital. They accuse the rebels of using civilians as human shields, which the fighters deny. Troops pressed on with the assault on Tuesday and took some farmland around the town of Jisreen, said a military media unit run by Hezbollah, which fights alongside the Syrian army.
The Civil Defence in Ghouta, a rescue service in rebel territory, said air strikes pounded Jisreen, Zamalka, and Irbeen - part of a zone further south separated from Douma.
Families are sleeping in the open in the streets in Douma, with no more room in the basements to shelter from the bombs, local authorities have said.