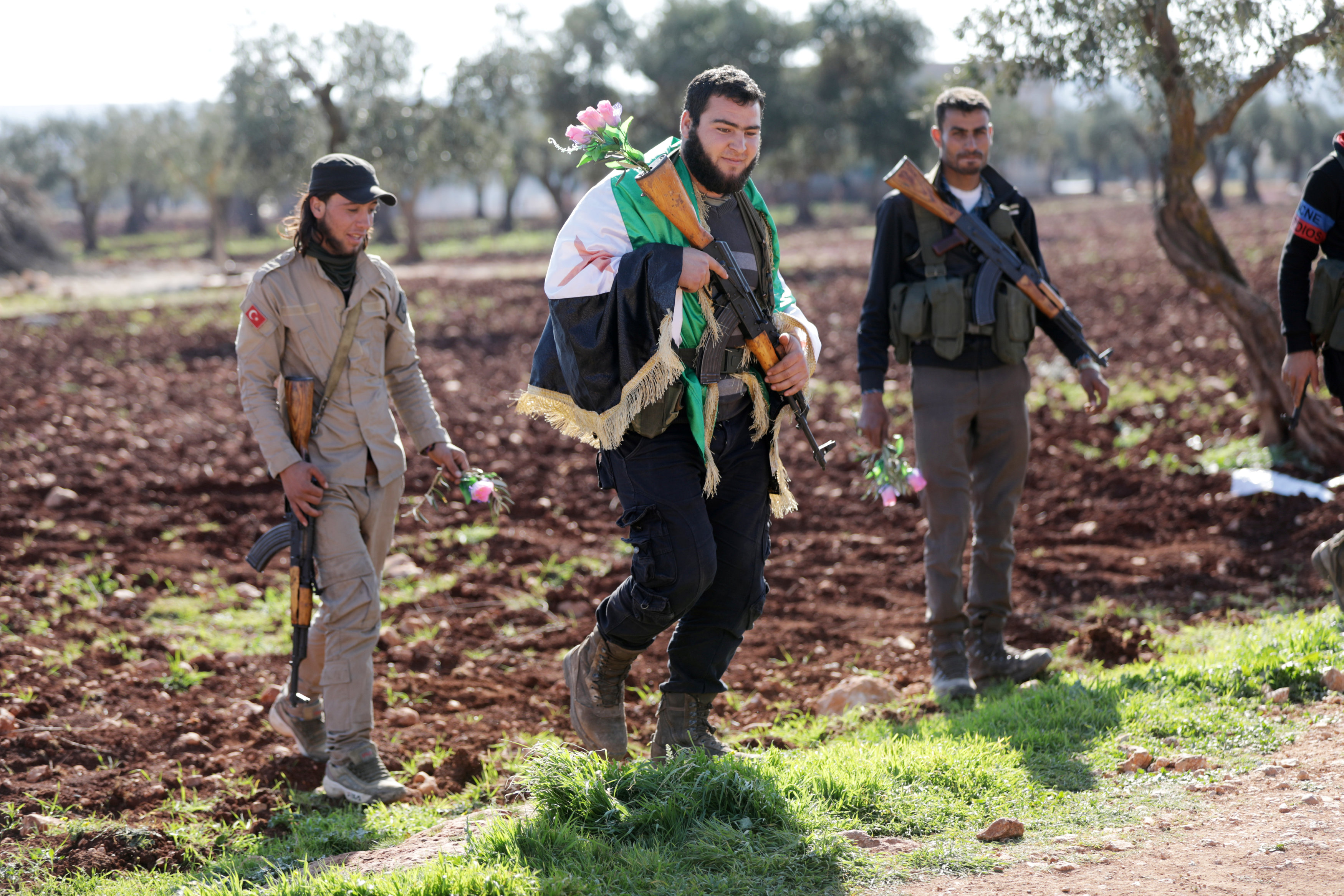 Ankara/Beirut: Turkey's military and its rebel allies have encircled the northern Syrian town of Afrin, the Turkish armed forces said on Tuesday, a substantial advance in Turkey's offensive against Kurdish fighters across its southern border.
Turkey launched its operation "Olive Branch" in northern Syria nearly two months ago to sweep the Syrian Kurdish YPG from the Turkish border. Turkey sees the YPG as a terrorist group and an extension of the outlawed Kurdistan Workers Party (PKK).
The Turkish offensive opened a new front in a multi-sided civil war now entering its eighth year, which has drawn in neighbours and global powers who have armed and assisted fighters on the ground.
The forces encircled Afrin and also captured "areas of critical importance" in the region as of Monday, the Turkish military said in a statement.
The Syrian Observatory for Human Rights, a UK-based organisation that reports on the war, said Turkish forces and their Syrian militia allies had encircled an estimated 700,000 people in Afrin and nearby areas.
On Monday, a Turkish government spokesman said the armed forces had gained control of more than half the area and vowed to clear the Afrin town of militants.
President Tayyip Erdogan last week said Turkish forces had besieged Afrin town and were nearing its centre, but a YPG spokesman later denied this, saying the regions claimed to be under Turkish control were still battlegrounds.
Redur Xelil, head of foreign relations for the Syrian Democratic Forces, a US-backed alliance of fighters that includes the YPG, accused the Turkish forces of carrying out "demographic change" in Kurdish territory captured in Afrin.
"The Turkish government is settling Turkmen and Arab families in the villages of Afrin that it occupied after forcing out its people, and is distributing the belongings of the people of Afrin to the new settlers," he wrote in a message to Reuters.
A senior Turkish official denied this: "The claim that Arabs and Turkmen are being placed in Afrin is absolutely false... A transfer of population to that region to change the demographic structure is out of the question."
Since the start of its Afrin offensive, Turkey has also threatened to push its military operations to Manbij, about 100 km (60 miles) east of Afrin, to sweep Syrian Kurdish fighters from the length of its borders.
That has caused complications with the United States, Turkey's NATO ally, which has its own special forces troops deployed in the area and is backing the YPG in the fight against IS, angering Ankara.
Speaking to reporters on a flight to Moscow, Turkey's foreign minister was quoted as saying that Ankara and Washington would together oversee the withdrawal of YPG fighters from Manbij, a move that Turkey has long demanded.
Foreign Minister Mevlut Cavusoglu was cited by broadcaster NTV and other media as saying Turkey and the United States would decide on a plan to secure Manbij during talks on March 19. A military operation would be carried out if those plans failed, broadcaster A Haber quoted him as saying.
Xelil, from the US-backed alliance that includes the YPG, told Reuters he had no knowledge of any agreement between Washington and Ankara to withdraw the YPG from Manbij.
He said the YPG had already withdrawn from Manbij in 2016 and handed control to a local body, the Manbij Military Council.
Washington has provided the Syrian Kurdish fighters with arms, training and air support in the past, angering Ankara which has demanded that its ally halt its support if it wants to cooperate in the region.