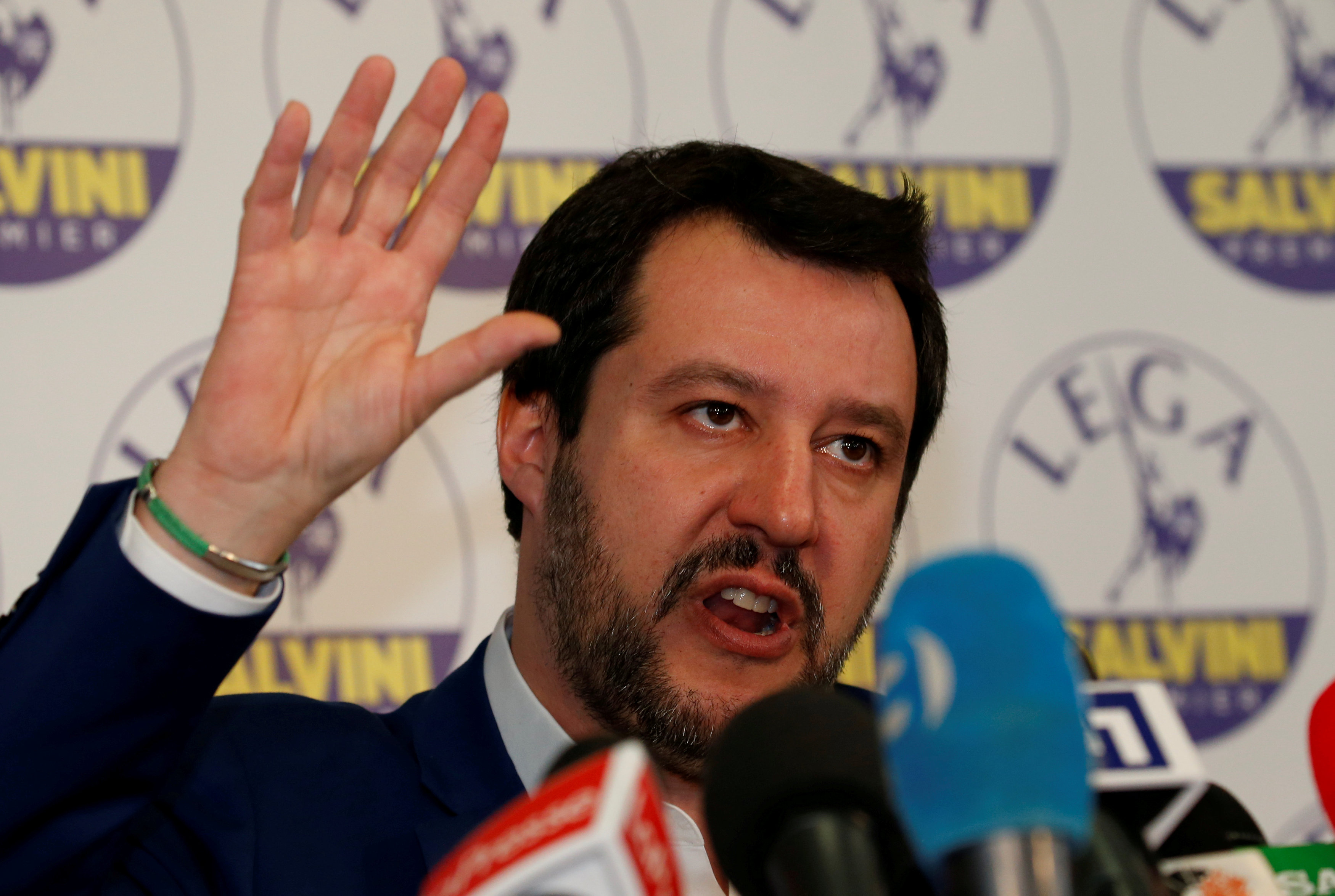 Strasbourg: Italian right-wing leader Matteo Salvini denounced the European Union as "destroyers" on Tuesday for policies he said robbed citizens of the right to hope, a week after his League party became parliament's second-biggest in a national election.
The March 4 vote ended in political gridlock, with Salvini, a tough critic of EU-imposed budget austerity and Italy's migrant inflow, jockeying for power with the anti-establishment 5-Star Movement, which emerged as the single largest party.
Neither group has enough seats to govern alone, leaving the country's president with the delicate task of persuading rivals on the fractured political scene to team up and run the country.
The League surpassed the Forza Italia (FI) of Silvio Berlusconi in the elections, weakening the former premier's claim to temper his partners' more radical ideas, especially regarding Brussels and the single currency.
"Last Sunday's vote shows that the emperor wears no clothes," Salvini told reporters at the European Parliament. "European policies have robbed us of the right to a future and to hope."
He said that if he succeeds in heading a government he would prioritise renegotiating treaties including on budget restrictions, banking and trade.
Salvini harked back to the continent's shared government before the Maastricht Treaty that introduced the euro.
"The European Community was one thing, it was a community of equals," Salvini said. "The European Union cancels, destroys. We are the rebuilders of the real European dream. I think the destroyers are the people sitting in the European Commission at the moment."
Before losing the top spot, Berlusconi had promised a centre-right government would respect Europe's limit on a country's deficit relative to its economic output, but Salvini said there should be no unconditional promise to do so.
The three percent deficit limit "is one of those rules, written around a table, which we are happy to respect if they help people live better, but if in the name of those constraints we have to fire, close and destabilise, no."
During the election campaign, all of Italy's political parties responded to rising dissatisfaction with the EU by promising to renegotiate treaties, but the League was the only large party to say explicitly it only wanted to remain within the EU if fiscal and immigration rules were re-written.