Centre for Hyperbaric Oxygen Therapy launched at the Royal Hospital 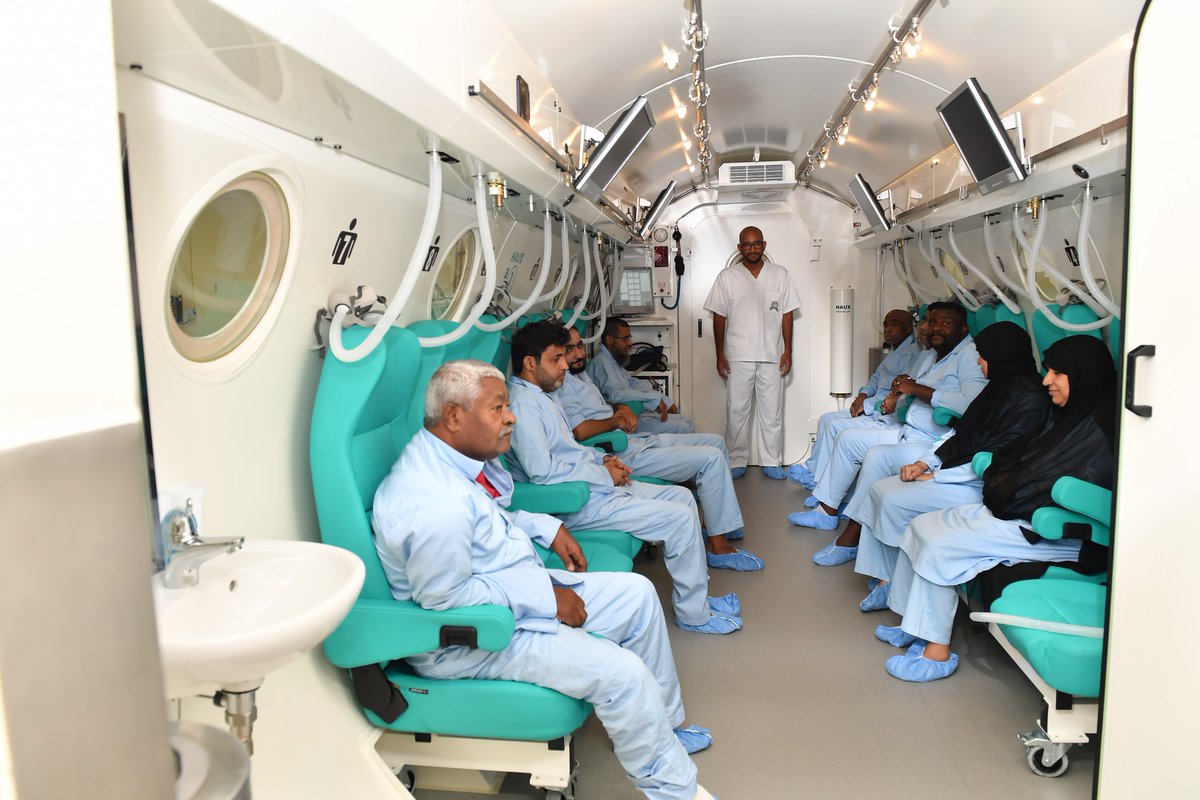 Muscat: The Ministry of Health celebrated the launch of the National Centre for Hyperbaric Oxygen Therapy (HBOT) at the Royal Hospital.
A total of OMR1.3 million was spent on the construction of the centre that was built on an area of 851 sqm and is equipped with all the latest medical equipment. The centre consists of a medical records department and an examination room apart from a diagnostics, treatment and a computer room. A store is also part of the building.
“In compressed oxygen therapy, the patient is placed in a closed cylindrical chamber called ‘therapeutic pressure equation room’, where the person inhales 100 per cent oxygen [while under increased atmospheric pressure] using the breathing mask,” said Dr Aisha Balochi, the doctor responsible for the National Centre for HBOT.
H.E. Dr. Ahmed Saidi, Minister of Health, said: "The introduction of the HBOT service in the Sultanate is a new addition to the Ministry of Health, apart from the specialised health work system in the country. The introduction of this service comes in response to the urgent requirement of such a service in many treatments. This also confirms the keenness of the Ministry of Health in developing its health services according to local health indicators." The Minister also stressed that scientific developments and modern techniques in medicine often require the provision of a specialised health service.
Dr. Qasim Al Salami, General Manager of Royal Hospital, said: "Hyperbaric oxygen therapy is one of the most modern medical specialties. It is concerned with the study of the physiological effects on the human body, with the possibility of harnessing deep medicine in treating and accelerating the healing process of many diseases through the use of compressed oxygen technology."
He added: "The Royal Hospital is proud that most of the medical and nursing staff working in the National Centre for HBOT are part of a national cadre. This translates the efforts of the Ministry represented by the Royal Hospital, in helping Omani cadres to be able to provide specialised care in various fields of modern medicine."