Seven killed in blast at military kitchen in Yemen 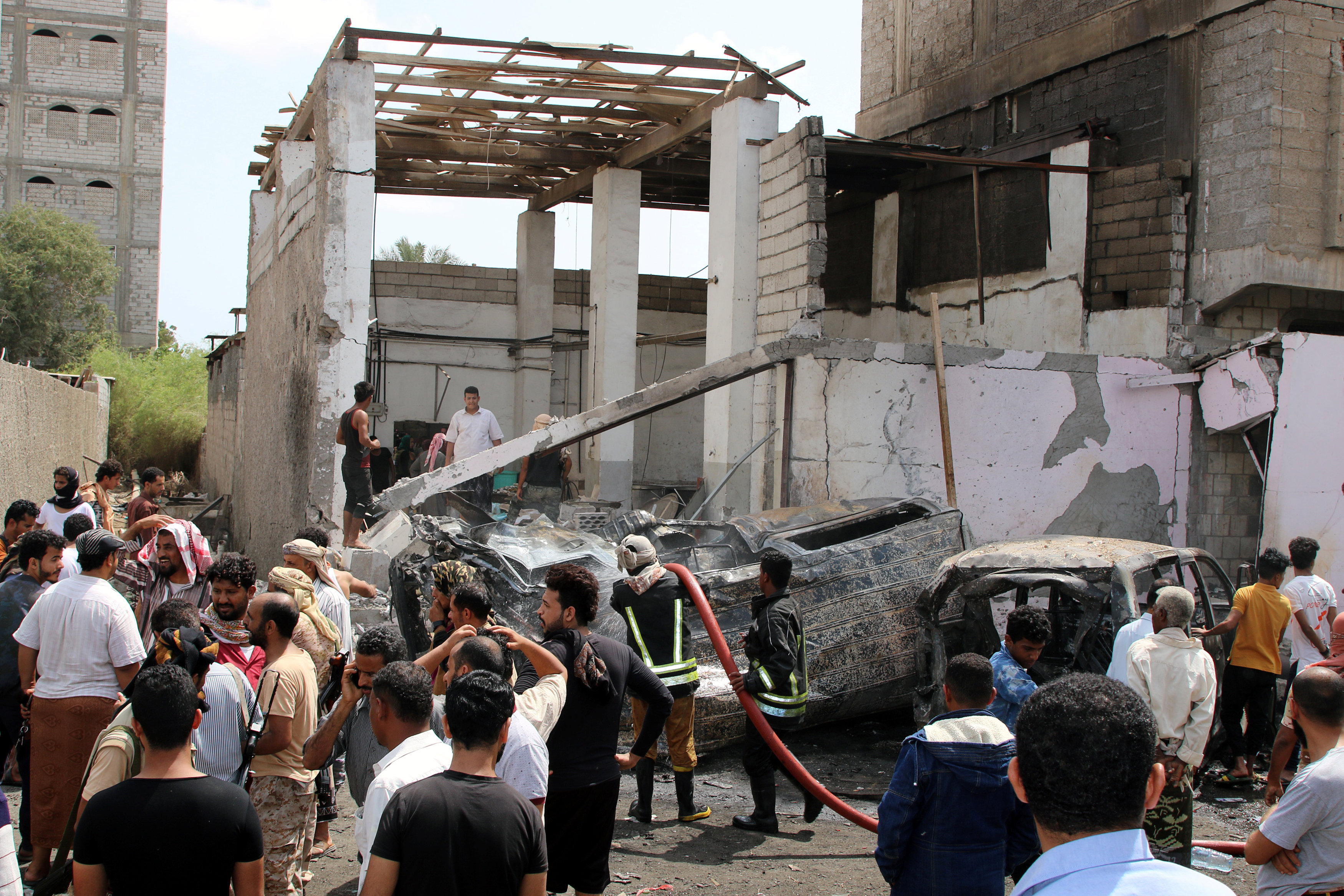 Aden: Seven people were killed in Yemen's port city of Aden on Tuesday when a car bomb ripped through a military kitchen used by Yemeni forces trained and backed by the United Arab Emirates (UAE), medics said.
One of the dead was a young boy walking in the street at the time of the blast, they said. Fifteen people were wounded. Witnesses said the blast was caused by a car laden with explosives, apparently driven by a suicide bomber towards the kitchen in Al Derain area in northern Aden.
The force of the blast damaged stores and cars nearby. IS claimed responsibility for the attack, the second of its kind targeting security forces in the city, where UAE forces from the Saudi-led coalition that has been operating in Yemen since 2015 hold sway.
The coalition, armed and backed by the West, joined the Yemen conflict in March 2015 after the Houthi group pushed towards Aden, forcing the internationally-recognised President Abd-Rabbu Mansour Hadi into exile in Saudi Arabia.
Last month southern Yemeni forces wrested control of Aden from forces loyal to Hadi in several days of fighting that ended with a truce brokered by Saudi Arabia and the UAE.
IS last month claimed responsibility for an attack targeting the headquarters of a counter-terrorism unit in Aden that killed at least 14 people, including the attackers.