First Omani woman to represent the nation at Technofest 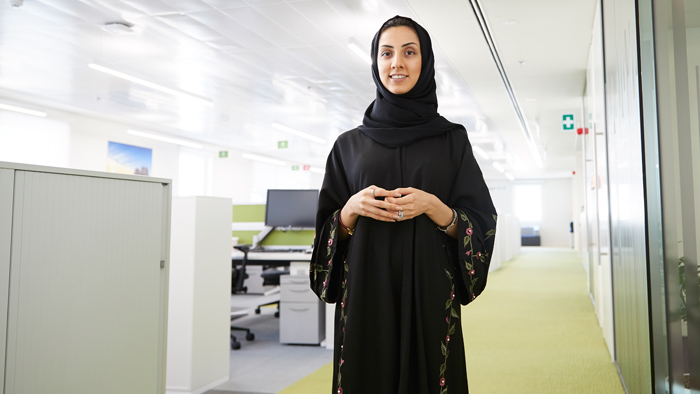 The success stories of women are some of the most celebrated and appreciated in the Sultanate, as the country prides itself for placing women at the forefront, along with their fellow men, of pursuing their passion. Asmahan Mustafa is one such woman. The HR advisor at BP Oman has become the first Omani woman to represent her country at Technofest, an internal BP competition.
The young advisor took part in the challenge to help organise the event here in Oman, for other challengers who were to participate, only to feel inspired to join the race.
She won the challenge in Oman, then took off to the UK to present her project to senior leaders. The BP competition offers a great opportunity to participants to showcase their work in front of the global BP community. It involves producing a particular project or challenge and then presenting it to a panel of judges. Participants gain a sizeable amount of knowledge and valuable insights on the nature of business, and the event serves as a great addition to their professional careers.
Some of the topics that Asmahan tackled in the competition included a talk on her role in maintaining a strategic relationship with the government by ensuring all recruitment documentation is submitted as per requirements, in order to get approvals to hire nationals.
Commenting on being the first Omani woman to reach such heights in her field, Asmahan said: “It was very exciting, I felt really proud to represent my country.”
Asmahan grew up in Oman and graduated from the University of Leeds in the UK, where she studied Human Resource Management. She graduated with honours in 2013, then applied at BP and joined the company’s graduate scheme in Oman. Now, she is a full-time HR advisor and currently handles all the programmatic hiring in Oman and other related projects. “Hard work always pays off,” she remarked.
Apart from winning the challenge, Asmahan is being featured in a global campaign that BP is running to highlight the importance of women in the workplace and the progress that is being made. “Progress for me means working on our weaknesses to achieve success,” Asmahan concluded.