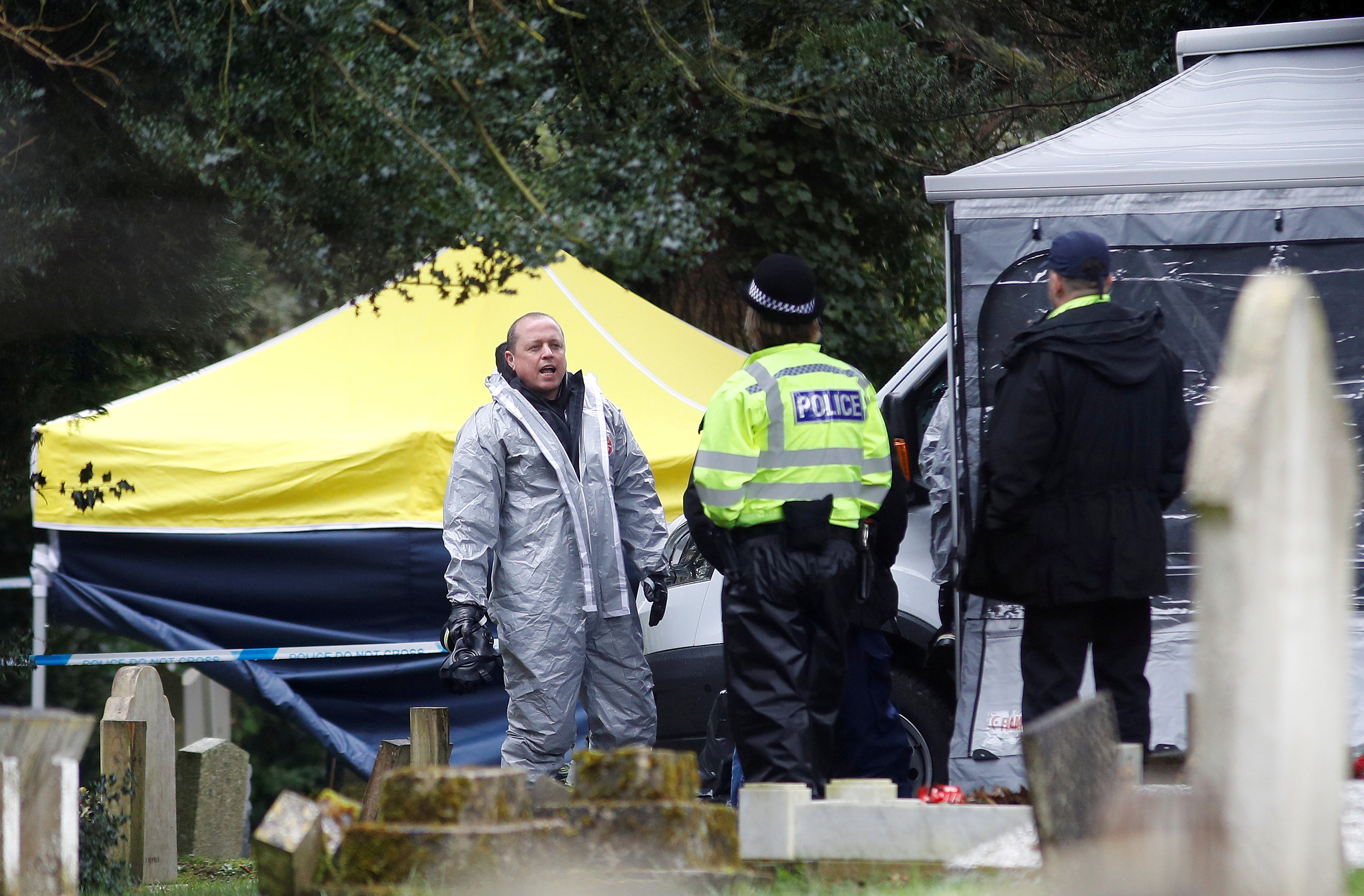 Salisbury (England): Hundreds of people who visited the Zizzi restaurant or the Mill pub in the English city of Salisbury were told on Sunday to wash their clothes after traces of nerve agent used to attack a former Russian spy last week were found at both sites.
Public Health England said there was no immediate health risk to anyone who may have been in either the restaurant or the pub, but their was a small chance that any of the agent that had come into contact with clothing or belongings could still be present in minute amounts and contaminate skin.
Former double agent Sergei Skripal, 66, and his daughter Yulia, 33, have been in hospital in a critical condition since March 4, when they were found unconscious on a bench in the southern English cathedral city of Salisbury.
"We have now learned there has been some trace contamination by the nerve agent in both the Mill pub and Zizzi restaurant in Salisbury," chief medical offer Sally Davies said on Sunday.
She said she was confident that no one who was in the restaurant or the pub on March 4 or 5 had been harmed, but their clothing should be washed and personal items like phones wiped as a precaution against any long-term exposure to any substance.
Skripal and his daughter remained in a "critical but stable condition in intensive care," the chief executive of the local hospital said at a news conference.
A police officer who initially responded was "conscious and in a serious but stable condition," she added.
British police have said a nerve agent was used against Skripal and his daughter, but have not made public which one.
Public Health England said it had weighed new evidence before issuing its advice on Sunday, and it said the general public had not been at risk in the days since the attack.
"This is about a very, very small risk of repetitive contact for any traces of contamination that people may have taken out," Public Health England's deputy medical director Jenny Harries said at the same press conference.
"In risk terms one or two days is not what we are concerned about, what we are worrying about is whether there could be an ongoing risk that could build over the future."
Many in British media and politics have speculated that Russia could have played a part in the attack on Skripal, but interior minister Amber Rudd said on Saturday it was too early to say who was responsible.
Skripal betrayed dozens of Russian agents to British intelligence before his arrest in Moscow in 2004. He was sentenced to 13 years in prison in 2006, and in 2010 was given refuge in Britain after being exchanged for Russian spies.
Finance minister Philip Hammond said Britain would respond "appropriately" if a foreign state is found to have been involved in the poisoning.
"This is a police investigation and it will be evidence-led and we must go where the evidence takes us," Hammond told BBC television on Sunday.
"So we have to allow the police investigation to run its course. But if there were to be an involvement of a foreign state evidenced by this investigation, then obviously that would be very serious indeed and the government would respond appropriately," he said.