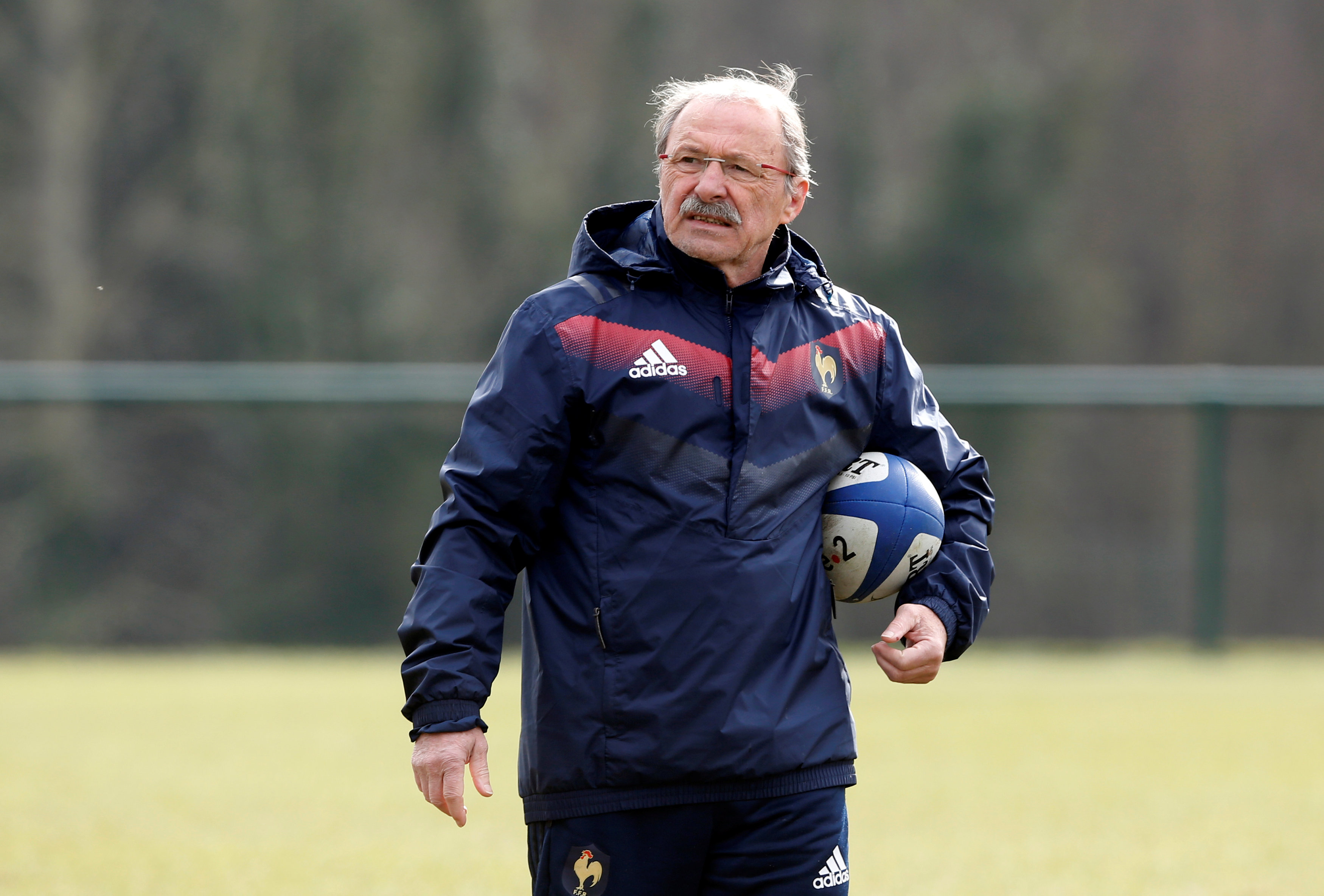 Paris: After a frustrating start to the Six Nations, France claimed a rare victory over England that boosted the morale of Jacques Brunel's men who now believe they are a force to be reckoned with again.
Les Bleus opened this year's campaign with two defeats, by Ireland and Scotland, that stretched their winless streak to eight games.
A win against perennial Six Nations whipping boys Italy snapped that losing run but it was Saturday’s 22-16 victory over arch rivals England that gave new coach Brunel big hopes for the future.
"This team went through a tough period but I was convinced they could be close to the best," said Brunel, who took over from Guy Noves in December.
"Against Ireland, we had already shown that we were there but we didn’t get lucky (as we lost 15-13) but this time (against England), luck was on our side.
"Against these two nations, we showed that we could compete. We will be a force to be reckoned with."
The win against 2017 champions England was all the more pleasing because France were still without the players who were axed from the squad for going on a night out following the 32-26 defeat by Scotland at Murrayfield on February 11.
Among those dropped is exciting wing Teddy Thomas but his replacement, Remy Grosso, seized the opportunity and was named man-of-the-match on Saturday.
But it was France’s collective performance that impressed at the Stade de France as England struggled to pierce through their brick wall defence.
Les Bleus missed only eight from 176 tackles - only two in the first half - and dominated England at the breakdown, holding firm in the opening 15 minutes when their opponent enjoyed 75 percent of possession.
"We won thanks to our defence," said scrumhalf Maxime Machenaud, who converted his four penalties.
"That’s how you build a team - with a defence, because you can see that every player fights for the other."
Flyhalf Francois Trinh-Duc added: "They hit a wall."
There is, however, room for improvement in the lineups and in the scrum notably. France, who had lost nine of their previous 11 Six Nations meetings against England, were well aware of this.
"Let’s keep our feet on the ground because we know where we’re coming from," said Machenaud.
"It’s a nice victory but we need to think about next week to get a good result in Cardiff and show this was not a one-time thing."
If they beat Wales next weekend, France, who are third in the championship on points difference, could finish second depending second-placed England's result against 2018 champions Ireland at Twickenham. It is a position they have not reached since 2011.